Review: The Ghosts and Jamal by Bridget Blankley 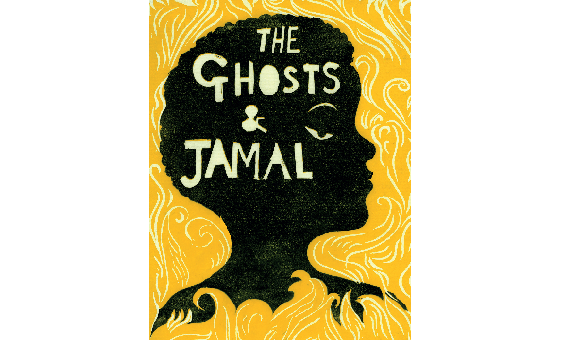 Often in Young Adult (YA) novels, both physical and mental health issues can be written in a high-school or teenage-centric universe, full of boyfriend-girlfriend issues, dysfunctional or problem-ridden parent-child relationships, broken homes, and sexual abuse. So it’s refreshing to see The Ghosts and Jamal author Bridget Blankley find a different but believable backdrop for a story about a young teenage boy with epilepsy. He wakes one morning to find that everyone in his village but him has been killed by ‘ghosts’ who have escaped from a bright red canister.

Blankley, who won the 2016 Commonwood Children’s Writing Competition, and was runner-up for the 2017 Alpine Fellowship Writing Prize, has, in The Ghosts and Jamal created both a smart plot and an accessible and emotive protagonist. Thirteen year-old Jamal, upon realising that everyone in the village is dead, begins searching for his grandfather who he believes lives up on a mountain, and also the ghosts, to confront them, whilst being plagued by what he believes are spirits who make his body shake and render him unconscious. Along his travels he picks up the canister, some sprite, and always carries with him a copy of the Qur’an. It is given to him by a kind Imam who, instead of ostracising him from the community, identifies his illness as epilepsy and allows him to stay within the community, albeit in a separate hut, away from the rest of its inhabitants.

Within the story of Jamal’s long and arduous expedition, Blankley weaves in various plot-driving elements such as loneliness, terrorism, friendship, homelessness and spirituality within the Nigerian community. These elements are carefully intertwined with the main story arc (Jamal searching for the ghosts) and are an interesting way of highlighting such issues to a YA audience, although sometimes the writing style can appear a little simplistic for YA.

The Ghosts and Jamal is also deft in its tackling of anti-Islamic rhetoric, with a soldier, upon finding Jamal’s Qur’an, saying, ‘I should have had it destroyed, but I checked it out and it’s OK’. And later revealing the initial reactions of the soldiers when Jamal was first found near his village; ‘when they saw your Qur’an, they thought you were one of the terrorists’. These simple prejudices delicately highlight the common issues that Muslims face, particularly in their domestic displacement, as well in heavily anti-Islam western societies around the world. 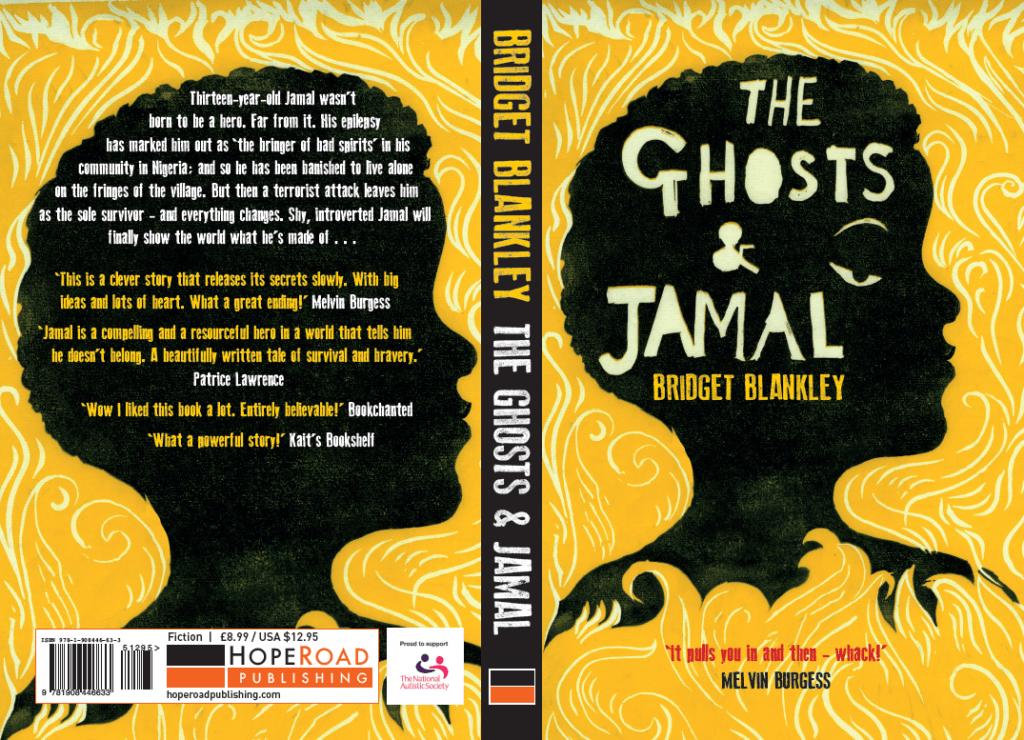 Blankley also addresses friendship with the same astute observations. Within the novel, Jamal makes friends almost as soon as he seems to lose them, whether with Afiba the kitchen boy, the girl in the dump who lets him sleep next to her, Mham his ‘roommate’, and finally Ahmed, the young boy alongside whom Jamal finally begins a new life. With each friendship are losses and growth. With Afiba, he learns what it’s like to have a friend, but also that friends let you down; with the girl in the dump, although their friendship is brief, he learns what it is to be given kindness with nothing expected in return; and with Mham he learns true companionship and trust. There is a natural ease with which these male friendships are composed, and with each ending and beginning, an emotional thread from Jamal which unwraps another piece of himself, with more knowledge and experience than before.

From the very beginning of the novel, the superstitions and spiritual beliefs about Jamal’s epilepsy projected by his family and wider community are clear, as they shun him from the central area of the community and instead place him on the outskirts. Only the kind Imam – of whom we are reminded every now again throughout the novel by way of the Qur’an Jamal keeps with him – knows the truth about Jamal’s condition, and saves him from being completely expelled by the community.

As he is rescued by the soldiers (whose ethnicity and political affiliation remains ambiguous), they too are quick to identify Jamal as being epileptic, rather than blaming his fits on witchcraft. Many of the people Jamal encounters after he runs away from the hospital who witness his fits, immediately assume that he is possessed, or a witch. Blankley is inventive in her descriptions of Jamal’s fits, exploring them from Jamal’s perspective, often with him suddenly waking up after a fit, or feeling the fit coming on. ‘The boy was still saying something but Jamal couldn’t work out what. The words didn’t seem to make sense anymore. They twisted round and got mixed up together, like milk and water poured on the floor.’ Through this, the Blankley allows the reader to grow close to Jamal, and subsequently understand at the same time he does, that he has a condition that not everyone he meets understands, including Jamal himself. The people who understand his illness and want to help him overcome it – the Imam from his village, the soldiers and nurses from the hospital, and finally the Imam from the school he later attends – are those who begin to help Jamal accept and be comfortable with himself, and is a great example of full and well-written characterisation by Blankley.

In The Ghosts and Jamal, Bridget Blankley has attempted to tackle various controversial subjects, such as civil war, Islamophobia, homelessness and others, in a way accessible to young adults. For the most part she is successful. Jamal is a rounded character, and grows throughout each of his experiences. However the ending lets it down somewhat, being a little rushed and somewhat over-the-top, and given how fairly tempered the plot has been, it distracts from the carefully nuanced issues Blakley presents in this novel, which are astute writings of a world sometimes kept from the pages of Young Adult novels. 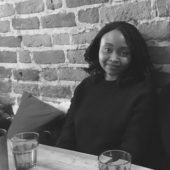 Ore Williams is an English Graduate of the University of Southampton. She has written for gal-dem and The Bookseller. She works as an Editorial Assistant in London.