The Fight in Us by Gabriela Cabezón Cámara 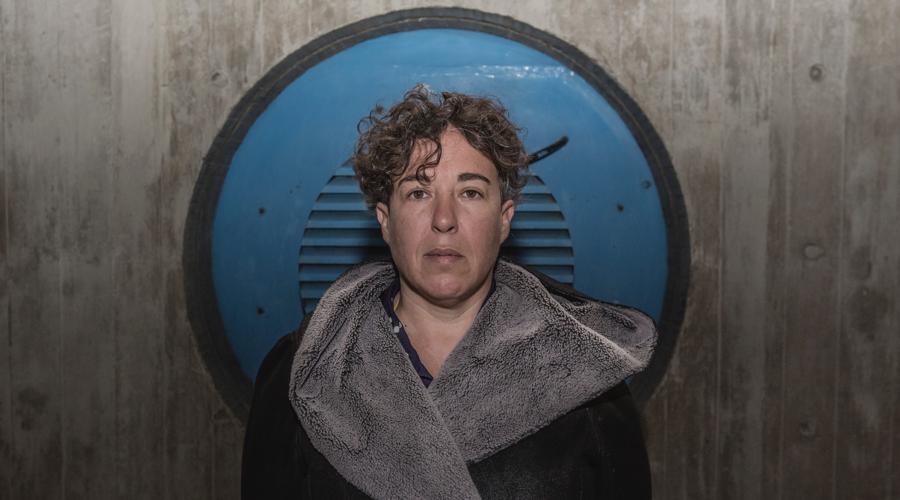 By Wasafiri Editor on February 25, 2021 in Articles

Our winter 2020 issue – Wasafiri 104: Human Rights Cultures – makes space for South-South connections and conversations, focusing on four post-conflict countries – Kenya, Rwanda, Colombia, Argentina – bringing together the literatures that follow in the wake of war. Here, the Buenos Aires-born author of The Adventures of China Iron, Gabriela Cabezón Cámara, reflects on climate change, how nature has no borders, and the fight for our collective futures in an essay celebrating our special issue. For her, she writes, ‘there are no human rights without clean water, earth and air…’

I find it hard to imagine a place more beautiful: a system of green islands, ‘green as the green wheat and the green, green lime’, but with even more shades of green. Thousands more. So many that the word itself explodes. How can it be that our language has just one word to designate such a vast spectrum of colours?

And yet there’s room for them all there in the Paraná Delta, hundreds of tiny islands separated by great and powerful rivers like the Paraná itself that gives them its name, and by tributaries and streams of all sizes. All these watercourses are a beautiful deep brown, which is the other colour of the life that emerges from the heart of South America: the jungle of Amazonia. In these islands of the Delta live – or used to live – a large proportion of the biodiversity of my country, Argentina. And people too. This place, the most beautiful in the world for me and for many others, not to speak of the flora and fauna that comprise it, was set on fire a year ago. This year it is happening again.

By October of 2020, some 3,000 square kilometres had burned. A surface area equivalent to twice that of Greater London turned into a wasteland of carbonised animals. The beautiful, tame capybaras. The marsh deer with their large hooves for walking on mud. The herons. The coypus. The river otters. The grey foxes. The cormorants. The frogs. The toads. The kingfishers. The dusky-legged guans. All burned to death together with the trees, the reeds, the flowers, the climbing plants: all the interwoven life of that green, green wilderness. Carbonised. All of it. The smoke from the fires filled the air above the cities along the banks of the Delta’s rivers: Rosario, San Nicolás, San Pedro, Victoria, Baradero. It even reached as far as Buenos Aires. In addition to this pandemic that attacks the lungs, that stops us from breathing, came the smoke from the ecocide of the Paraná Delta. There was a drought. The rivers and streams were low. But the fire was not caused by a lightning strike. It was no god’s whim.

It was the direct consequence of an economic model that has never evolved out of its colonial origins: an economic model powerfully driven by the export of raw material. An economic model that attempts to resolve its periodic crises with the conquest – the razing – of new territories. It was also the consequence of unscrupulous, ecocidal business owners. Criminals who do not flinch when it comes to destroying entire territories together with all the life that lives in them in order to win more space for soya production. Or for beef (the poor, poor cows). Or gold. Or lithium. Or pigs (Argentina has signed, despite widespread protests, a trade agreement with China to embark on industrial-scale production of pork with all its inhuman cruelty and its overcrowded conditions that act as a catalyst for zoonotic diseases, as well as using vast quantities of water).

The clearing of forested land is also causing an ecological disaster of incalculable magnitude in the northern provinces of Chaco and Salta, abandoning whole peoples to despair or death by starvation, particularly indigenous communities such as the Wichí, the Guarani, and the Qom, who have become victims of plunder, of theft, of hunger and – if they try to show the least resistance to the enslavement of their territories and their lives – of murder. The culprits are mining companies such as La Alumbrera (owned by the multinationals Glencore (Switzerland), Newmont (U.S.) and Yamana Gold (Canada)) which in Tucumán province lost a legal case for contamination of the soil, air, groundwater and aquifers, polluted by spills from the Bajo de la Alumbrera pipeline that contained toxic levels of heavy metals, including cyanide, mercury and uranium.

The centre of the country is soya territory. The kingdom of glyphosate, the chemical known commercially as Roundup, a product sold by the German company Bayer, which was forced to pay US $11 billion to people in the United States whose health was gravely damaged by exposure to glyphosate. The likelihood of Argentinian victims receiving compensation as a minimum form of justice is much lower. Basic measures such as creating no-spray zones around schools are fiercely resisted, and frequently disregarded by rural growers.

In Patagonia, meanwhile, oil extraction and mining activity are laying waste to the land.

All these extractive companies promise jobs and prosperity. They never deliver: the country just gets poorer and poorer. Even before the pandemic, 40% of the population in Argentina lived under the poverty line.

The destruction of nature leads to great masses of people arriving washed up on the outskirts of large cities: it strands them there in a state of poverty, hunger, overcrowding, water shortages, pollution and a life almost devoid of rights. The destruction of nature is also the destruction of basic human rights: of access to clean air and water, of self-determination, of choosing your own way of life. It makes it impossible for marginalised people to follow their own cultural and social customs. It destroys respect for the ancient traditions of whole peoples, both indigenous communities and workers of the land.

In this country, where genocides were committed against our indigenous population, and where people were tortured and disappeared in extermination camps during the last military dictatorship, the country also of the Mothers of the Plaza de Mayo and of the feminist wave that is spearheading great advances in winning new rights in the Global South, here a critical crowd is emerging, slowly but surely, that defies this destruction. There is struggle, and resistance: a year ago the people of the province of Mendoza rose up against a law that sought to permit mega-mines. The people of Chubut province have been struggling for three decades on the same issue. The Paraná Delta is home to many environmental activists who fight against the fires and the fire-raisers, and are determined to save its flora and fauna. In the north, entire populations come out in protest against the mining companies despite the false promises made to them and the mechanisms for co-option that the prevailing poverty facilitates.

Nature has no borders: climate change and pollution cannot be turned away by immigration officers from the hegemonic countries. The direct impact falls first upon those of us living in the ‘sacrificial zones’. However, eventually it will impact on all of us, wherever we live. There are no human rights without clean water, earth and air. We need to join forces to struggle together against the death-loving forces of the extractive industries. We have to fight them. As long as there is fight in us, there is life, and if there is life, there is a future.

Gabriela Cabezón Cámara was born in Buenos Aires in 1968. Her debut novel La virgen cabeza (Slum Virgin, Charco Press, 2017) was followed by La Isla de la Luna (2012) (Island of the Moon), and Romance de la Negra Rubia (2014) (Romance of the Black Blonde) as well as two collections of short stories. In 2011 she published the nouvelle Le viste la cara a Dios (You’ve Seen God’s Face), later republished as a graphic novel. It won the Argentine Senate’s Alfredo Palacios Prize and was recognised by Buenos Aires City Council and the Congress of Buenos Aires Province for its social and cultural significance as well as for its vital contribution in the fight against human trafficking. In 2013, she was writer-in-residence at UC Berkeley. Cabezón Cámara is one of the leading women intellectuals in Argentinian and Latin American literature. She is also one of the co-founders of the #NiUnaMenos movement against femicides, an active campaigner for the legality of abortion in Argentina and an extremely influential voice within the LGBT+ community. The Adventures of China Iron is her most recent novel.

Fionn Petch is a Scottish-born translator working from Spanish, French and Italian into English. He lived in Mexico City for 12 years, where he completed a PhD in Philosophy at the UNAM, and now lives in Berlin. His translations of Latin American literature for Charco Press have won acclaim: Fireflies by Luis Sagasti was shortlisted for the Translators’ Association First Translation Award 2018. The Distance Between Us by Renato Cisneros received an English PEN Award in 2018. A Musical Offering, also by Luis Sagasti, was longlisted for the Republic of Consciousness Prize 2021.

On Guest-Editing Wasafiri 104: In Conversation with Billy Kahora and Zoe Norridge

From this Place on the Border by Margarita García Robayo