The Death of Gabriel García Márquez 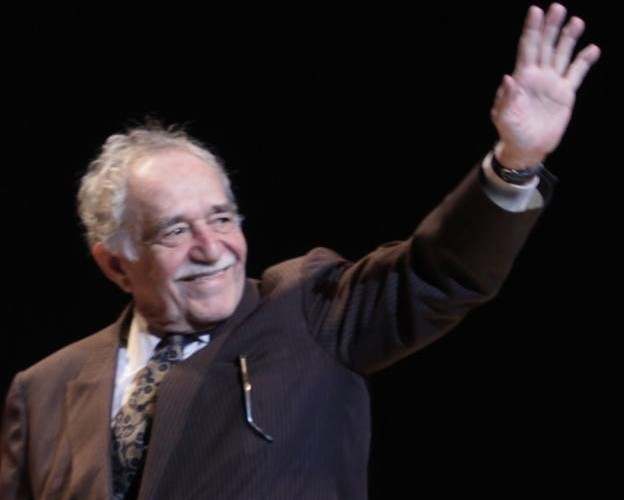 By Wasafiri Editor on December 22, 2016 in Articles

On 17 April, Colombian author and Nobel Prize winner, Gabriel García Márquez passed away at his home in Mexico City, aged eighty-seven. He has been described as one of literature’s all-time greats — what of the legacy he leaves behind?
The Beginning
One Hundred Years of Solitude (1967) is a book of incredible every day miracles. While travelling back to Mexico City in 1965 García Márquez had an epiphany where he found the tone and voice for Macondo, the dream-like town where many of his stories would be set. He said much later in an interview:
All of a sudden – I don’t know why – I had this illumination on how to write the book … I had it so completely formed, that right there I could have dictated the first chapter word by word to a typist.
On returning home, he locked himself in his room, placed his wife in charge of the family and smoked up to six packets of cigarettes each day. He sold many family possessions and got $10,000 dollars into debt while he finished his great work — he was exhausted. He pawned more household items just to pay the postage to the publishers in Buenos Aires. But from that moment literary history was made.
Worldwide Impact
Although ‘Gabo’, as he was affectionately known, was born in Colombia, he spent the last years of his life living in Mexico City. As well as being largely responsible for the Latin American boom era in literature from the 1950s to the 1970s, perhaps more than any other author from Latin America, his works transcended the region and novels such as One Hundred Years of Solitude were translated into more than thirty languages.
What was it that made his work so loved? In large part, it was his own brand of magical realism which brought the charm of the contradictions and social struggles of Latin American life to the hearts of his readership all over the world. In fact, in 2009 Wasafiri asked 25 authors which 25 literary figures had shaped world literature over the past 25 years. One Hundred years of Solitude was the only novel to be picked more than once. International writers such as Mo Yan, Chika Unigwe, Nii Ayikwei Parkes and Syl Cheney-Coker all claim García Márquez as a major influence on their work for his powerful imagination and magnificent characters and creating an alternate reality never seen before in world literature.
Politics
Beyond writing, politics made Márquez both a popular and controversial figure. He was left wing and made a point of criticising wrong doing, particularly on the part of the Colombian government and for this reason spent a major part of his life in exile. Even when writing novels, he was a journalist. In 1948 the period of La Violencia began in Colombia, which engulfed the country in political strife and over one million nationals were forced to leave the country. In the early 1950s, García Márquez was exposing government corruption and fearing a backlash, the newspaper El Espectador sent García Márquez to Europe in which he lived in several different countries before he finally settled back in South America in Mexico City.
Following the publication of One Hundred Years of Solitude in 1967, García Márquez developed close ties to the Cuban leader, Fidel Castro. The Peruvian Nobel Prize winning writer Mario Vargas Llosa once called García Márquez ‘a courtesan of Fidel Castro’ and accused him of ignoring the Cuban government’s abuses towards dissidents at the time. García Márquez countered this by noting that he had quietly secured the freedom of several dissidents over a twenty year period. Despite this controversy, García Márquez is still considered an important political activist with a keen concern for justice. Indeed Gabo always insisted that he was a journalist who wrote fiction.
Legacy
Gabo’s world was one of great beauty and cruelty and powerful emotions. He was regularly seen over the past few years around the south of Mexico City and was amiable and kind to those who came across him, inevitably wanting photographs and a moment of his time. Undoubtedly, his legacy stretches way beyond Mexico City and Latin America to readers and writers on each and every continent. Gabo created his own dreamlike world brought together by the forces of chaos, love and history yet with such authenticity that his legacy will last forever.
‘What does he say?’ He asked.
‘He’s very sad,’ Úrsula answered, ‘because he thinks that you’re going to die.’
‘Tell him,’ the colonel said, smiling, ‘that a person doesn’t die when he should but when he can.’
Gabriel García Márquez, One Hundred Years of Solitude
Sources and Further Reading
http://www.themodernword.com/gabo/gabo_biography.html
http://www.nobelprize.org/nobel_prizes/literature/laureates/1982/press.html
Share this...