That Summer by Aileen La Tourette: second prize in the Writeabridge poetry competition 2017 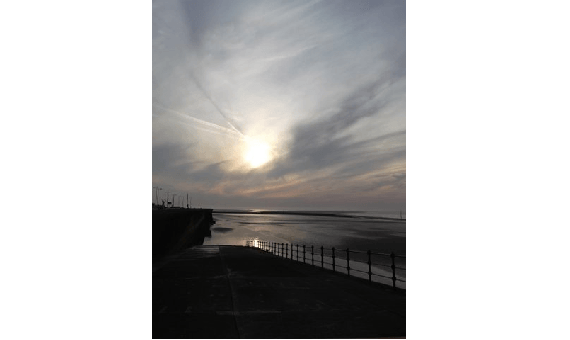 like the fathers in their summer suits are every day

and the Fresh Air Fund kids in their giveway t-shirts

who come down in buses and never get to stay.

We’re so lucky, stuck on our mothers’ quiet beach

up by the bridge, stuck not being a teenager yet

when everything will change. We get luckier every day,

– we already know she gets pregnant like my mother

her stomach on the beach and make her freak out

– three days after Christmas, like the ones Herod killed

a thousand years ago. It takes a long time to get over stuff.

We stay in till our lips turn blue like his. On rainy days,

we read magazines at Hendershott’s till we get chased.

We sneak down to First Street Beach where the teenagers

and making out. First Street is by the boardwalk where

hamburgers sizzling on the griddles fill your mouth with spit.

The mothers wait for weekends when the men come down

to drive across the bridge to Somers Point, which isn’t dry.

Too old for dolls, we buy them anyway and then it happens,

the thing they’d lock us up in padded cells for, strapped

in padded jackets: the rubber baby dolls with plastic bottles

stuck in little holes between their stuck-together lips, they

start to twitch. Linda says: I put her on her back and when

I went to get her, she was on her stomach. We never catch them

rolling over, spitting jets of curdled milk, wetting their diapers.

(In this world there is no shit). We whisper She soaked herself

right through, next thing she’ll have a rash, mop, sigh, live

gets them going for Jesus. He has nothing on us as we climb

out of the waves we’ve surfed to body temperature and walk off,

leaving the mothers smiling in the sun behind us, thinking

we’re headed wistfully to First Street, then double back, fast,

along the hot, hot concrete to the house where rubber babies wait,

– we hear their baby sobs as we get close, and start to run,

the strange electric summer when our dolls are turning real.

That Summer won second prize in the Writeabridge poetry competition 2017.

Aileen La Tourette has published two volumes of poetry with Headland, ‘Downward Mobility’ and ‘Touching Base’, and four novels; two with Virago, one with Ilura Press (Aust) and one with Caliband (UK). The last, ‘The Oldest Girl’ was published in 2011, the year she retired from lecturing in Creative Writing at Liverpool John Moores University.

Her poem ‘The Diving Horse’ won the Live Canon International Poetry Competition in 2016.  She facilitates a lovely poetry group at Mind in Birkenhead, and in 2015 she completed a qualification as a poetry therapy practitioner. This involves bringing poems to bear on whatever/wherever people may be and seeing how they/we respond; often, not always, people write ‘back’ to the poems.