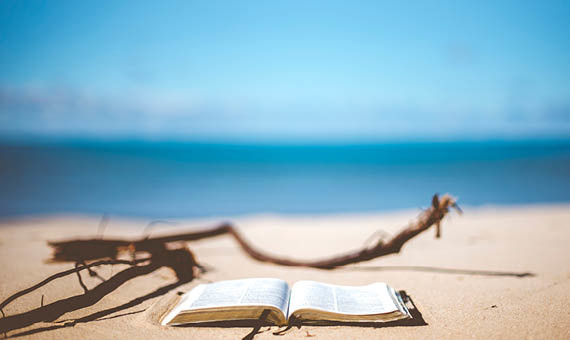 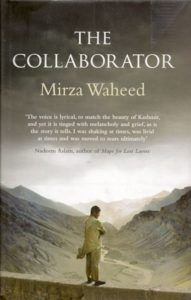 Daisy Hasan
The Collaborator, by Mirza Waheed
Viking, London, 2011, pbk, 320pp, £12.99, 9780670918959, www.penguin.co.uk
Mirza Waheed’s The Collaborator focuses on the story of a young Gujjar boy recruited to collaborate with an official in the Indian army in the Kashmir Valley. As he collects the identity cards and weapons of young men killed in ‘encounters’ with the Indian army, Waheed’s narrator is gripped by memories of friends lost to the freedom movement. His account of ordinary lives in the valley lived under extraordinary circumstances reminded me, in parts, of Joseph Addison’s The Visions of Mirza – ‘Envy, Avarice, Suspicion, Despair [and] Love’ are all in abundant display in Waheed’s characters whether they are radicalised or have simply made their peace with the conflict. So while the narrator’s personal and political dilemmas are representative of the problems faced by many people in Kashmir, I preferred to read The Collaborator as a universal tale about how the absurdity of violence and the illusions of freedom affect quotidian lives. 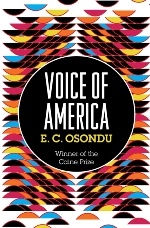 In one of the stories in E. C. Osondu’s Voice of America, a Nigerian policeman, on being contradicted by his hapless victim, barks: ‘Do you want to lawyer me?’ It is such brilliant rendition of voice and street language that defines the stories in this collection, making them poignant, refreshing and entertaining even when dealing with well-worn themes of Third World poverty and dreams of a better life in the West. And while the setting is mainly Nigeria and America, the existential choices faced by the characters often blur the lines between nations and peoples. A truly rewarding read. 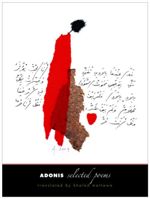 In my early twenties, I scribbled a translation of a poem by the Syrian poet Adonis (Ali Ahmad Said Esber) into my notebook and recited it to myself over and over again. Over the years, I have eagerly read the few available translations of Adonis’s brilliant poetry and trenchant criticism, gleaning valuable insight into Arabic literary history and its paradoxical relationship to modernity. Khaled Mattawa’s new translation of Adonis’s poetic oeuvre finally introduces those of us who cannot read the original Arabic to a comprehensive selection of poems written from 1957 to 2008. The range of forms and tones is astonishing – from aphoristic fragments to polyphonic long poems, including excerpts from Adonis’s 1985 poems on Beirut from The Book of Siege. Mattawa, a wonderful poet in his own right, has provided fresh and lucid translations. This has already become a much-loved text at my bedside, marked with coloured scraps of paper and penciled notes. 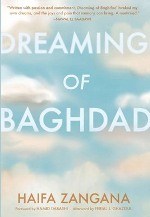 Long before Abu Ghraib entered our common vocabulary, a group of young radicals in Iraq organised in opposition to the Baathist regime and its charismatic leader, Saddam Hussein. Haifa Zangana recounts her arrest and torture at Abu Ghraib in this searing memoir, written in small, painful installments over eight years, and thirty years after she was exiled. Speaking truth to power can be simultaneously exhilarating and dangerous. Zangana vividly describes her political evolution as part of a generation dreaming of a better future for their country. Despite crushing political defeat and the bitter loneliness of exile, her story remains an act of revolutionary faith, at once inspiring and poetic. 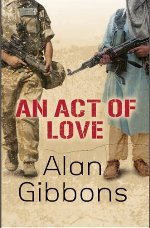 An Act of Love opens in an unnamed northern town, as a ceremony to honour soldiers back from Afghanistan begins. The book is fast-paced, switching between Chris, wounded by battle, and Imran, his old mate whose life has taken a different path. It switchbacks in short sharp chapters, between the present, where a bomb has been planted, and the past before 9/11 and local riots when both boys’ lives seemed much simpler. It is a book about love and terror, about how and why people fight. The sharpness of the prose and skilful storytelling make this book a must-read. Alan Gibbons is one of few contemporary authors who will write non-white characters as credible, interesting and complex protagonists. His characters are not there because they are issues, but because they have stories to tell. 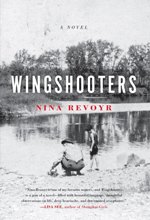 Wingshooters, Nina Revoyr’s fourth book, remarkably unravels the complexities of race relations in the United States, a subject avoided in much recent North American fiction. The novel’s protagonist, Mikey, is a half-white, half-Japanese girl growing up with her all-American grandparents in 1970s rural Wisconsin. Mikey spends her days playing baseball and hunting with her kind but prejudiced grandfather, but she remains lonely due to her xenophobic classmates and neighbors. When the Garretts, a middle-class black couple, arrive, the townspeople find a new object for their hatred. Their racism gives rise to tragic acts of brutality, but Mikey’s poignant relationship with her grandfather offers bittersweet redemption. This novel is well-plotted and climactic and also sensitive and profound. It reminds me of another impressive coming-of-age story I read this year, Hisham Matar’s In the Country of Men. 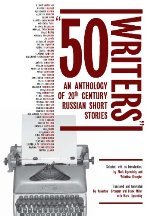 The usual suspects are to be found in 50 Writers: An Anthology of 20th Century Russian Short Stories, masters such as Babel, Nabokov and Pelevin, but the editors have uncovered a huge hinterland of talent that will be unknown to most English readers. As you would expect, many of the texts are rather bleak, reflecting the unhappy history of Russia in the last century – Vladimir Tendryakov’s story about the Ukrainian famine for example, or Yury Dombrovsky’s account of a dissident arranging a punch-up with the KGB. Solzhenitsyn’s story of a professor in the Stalinist 1930s unable to fail a useless student will strike a chord with anyone who currently works in a British university.

A Beautiful Lie by Irfan Master was shortlisted for the Waterstone’s Children’s Book Prize, and is a beautiful read. A young boy, Bilal, observes with horror the unrest engulfing India following independence, and already beginning to fracture his once harmonious community. Bilal’s dying father has devoted his life to the struggle for independence from the British Empire, and is full of pride for Mother India with all her many different parts and aspects. Convinced his father’s heart would break if he knew that his beloved India was about to be partitioned, Bilal keeps the news from him by involving his friends in creating an elaborate lie.

How are identities shaped in the absence of stories of our personal past? How is our sense of belonging influenced by memory and life’s experiences? Abdulrazak Gurnah’s latest novel engages with these questions. The story revolves around a Norwich-based family: Maryam, a foundling raised by a number of foster families, her husband Abbas, a Zanzibari lascar sailor, and their children, Hanna, a newly qualified teacher, and Jamal, busy completing his doctorate. After Abbas suffers a stroke, uncomfortable truths are unlocked about his suppressed past. This crisis leads the family to a growing understanding of what it means to live in England, confronting feelings of strangeness and difference as well as rootedness. Characterised by lyrical prose and subtle, perceptive descriptions, this tour-de-force reveals the complexities of the consequences of migration and dislocation. 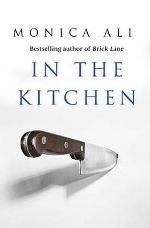 Monica Ali’s third novel, In the Kitchen, charts the breakdown of Gabriel Lightfoot, celebrity chef in-the-making. It is a rambling narrative that starts with an unexpected death below the kitchens of the London Hotel where Lightfoot is marking time. The death propels Lightfoot into a sexual dalliance that precipitates his mental collapse. As his life unravels, we enter parallel worlds exploring issues around refugees, prostitution, people trafficking and exploitation. All this in addition to expert views on restaurant management. At 500 plus pages some judicious editing of the novel would have been helpful. That said, it’s the perfect, meaty holiday read.

Sarah Winman’s When God was a Rabbit, spanning four decades, has moments of both laughter and sadness. The protagonist Eleanor Maud’s narrative is mirrored by key events in history like Martin Luther King’s death, Princess Diana’s death and the 9/11 attacks. It is a story about a bond and secrets shared between brother and sister that keep them together and later help bring healing to the brother. Winman captures the wider eccentricity that lives in our society, and makes her tale a very believable one with the characters she creates. When God was a Rabbit is a book you would want on your bookshelf and recommend to friends. 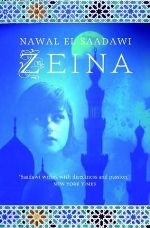 Nawal El-Saadawi was at the height of her fame as a feminist novelist in the mid-1980s, but is now better known for her polemical struggles with Egyptian ideological intransigence. Zeina, her new novel, tells the intertwined stories of the mentally disturbed literary critic Bodour, her pro-establishment husband Zakariah, and her two daughters, Mageeda, an establishment journalist, and the illegitimate Zeina, whose subversive and rebellious songs become anthems of resistance. The novel is a bizarre and original concoction of discursive elements – nightmarish satire on social and sexual mores, anti-religious tract, fragments of Bodour’s unfinished novel which laments lost loves – connected by an abiding sense of the injustices Egyptians suffer and their own collusion in their oppression.