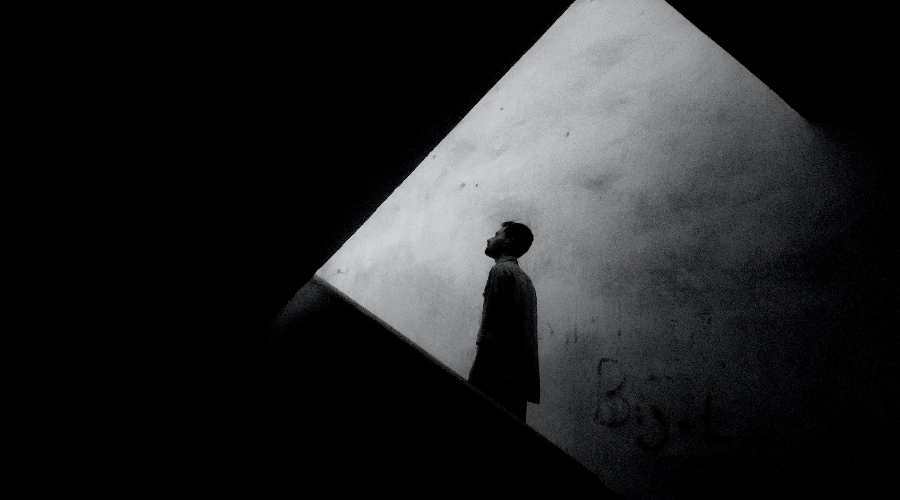 By Wasafiri Editor on November 19, 2021 in Global Dispatches, life writing

In the latest instalment of the Queen Mary and Wasafiri essay series, Global Dispatches, novelist Katherine Agyemaa Agard writes on dreams, solitude, and touch – both physical and imagined. As lockdowns and safety protocols continue to change the fabric of how we interact with each other – perhaps forever – Katherine examines proximity and distance, and the ways in which the two blur and intersect.

I had sketched out this piece in my mind before I even started to write it. I’d imagined this dispatch full of links: every statement I say qualified by another, contradicted by the tweet of a stranger, or a thread on Reddit, or an article pinned to the front page of a browser. As a teenager my dreams were full of things to read, much like this. Fast asleep, I read dramatic chats unfolding on the interface of MSN messenger.

And so, I begin to do the research to make my dream reality. I search for the particular statements I remember on Twitter. However, the tweets seem to have disappeared. I berate myself – I should have taken a screenshot. All I have left is the faint memory of ‘so and so said this’. I’ve begun to write, knowing how influenced I am, long after I’ve forgotten. I want to cite, and yet the pace of things forecloses much of that.

I think of myself as a baby, listening and learning how to speak.

In the middle of the pandemic, most of my social interaction was virtual. In a single day I wrote an email, sent an Instagram message, saw a hurricane rip through a house on my screen, signed a petition, went to a vigil, and delighted over a meme. Repeat times 1,000. I got blue– light-blocking glasses. The landscape was changing, and I changed with it. Is the length of a day twenty-four hours, or until the news cycle next shifts?

I used to travel to work, but now my commute is the distance from the bed to the kettle to the desk. The world in my dreams becomes a large screen – memes of cartoon faces with long chins interact with daily headlines, the symbols all floating. I go outside to touch grass, smell flowers. They anchor me, yes, but they also feel separate from the digital floating world which – in the depth of pandemic – feels like it engulfs the physical.

Outside my apartment in the long-gentrified San Francisco Mission, the landscape changes too. When the government released a new guideline, masks would alternately go on, then off, then on again. I kept my mask on; weary over the sea changes of opinion, wondering how anyone could still trust the government. Encampments for the homeless that had felt for months like a neighbourly fixture disappeared overnight. They stayed closed. After all, the desire of an administration to not protect the poor is never a whim. The streets were empty and less alive. I suppose the emptiness is more truthful. I felt the pace, in the blocks around my apartment, of government surveillance and control. There is reality.

I see a policeman under a bridge approach a young man sitting down to eat an ice cream. I don’t need to imagine or dream about what he’s saying to understand what’s going on.

On the phone I tell a neuro-divergent client that I am smiling, they just can’t see me. I think I am saying this as a kindness but they respond in a way that surprises me, by saying ‘Oh no, no, no, I didn’t ask for that information. I don’t want to know your business!’ And they’re right; is imagining me in the flesh really an important part of our conversation? I adjust my expectations. This is counselling post-pandemic – I’m not trying to recreate being in person. It can’t be replicated, and asking for someone to imagine what it’s like, what it isn’t, is exhausting. Zoom is exhausting because it asks me to suspend disbelief, to imagine that we are socialising in the same room when we are not. Below my desk, out of view of the screen, I too am wearing pyjamas.

When things are funny, I laugh. That is the appropriate means of communicating on the phone. In a chat, I use emojis. In person, under a mask, I crinkle my eyes without moving my mouth. Each part of me communicates. I accept that there are people who I will never meet in the flesh. Is it possible to have whole relationships with just a voice? Of course. But now I have what feel like relationships even though – I only know your tweets, and you mine. I only see your hand emerging from the car that passes at 7.30 AM before my window, and you my horn honking. I know the image of your face on the screen, but nothing below the shoulders. These are just as real, aren’t they? Imagining the body inside the car; the person behind the tweets; the room beyond the screen is overwhelming sometimes.

Technology has changed us. There’s an obvious statement. I know that the influence of the internet has changed our brains, and the pandemic has too. Physical touch is a layer of relation that stands totally separate from speaking and writing. I dream about the things I want to dream about. But I don’t need to imagine to see the truth.

It has been a long time since I have been pressed against a stranger without a mask between us. What do I do with the smell of a stranger’s body?

I have two kinds of dreams. The prophetic and spiritually significant kind, the texture of which is unmistakable. And I have dreams in which I am actively processing the world around me. These are often – but not always – accompanied by bodily sensations before and after. If I find myself, after a day of consuming state violence, running through the same horror in my dreams, I will often find myself ill in the morning. A little vomit to begin the day. It is grief sometimes, even for people I don’t know. Especially for them. Aging has made me better at giving space to rituals of ambient sadness, followed by space for the cool rage that settles in after. The pandemic has made these two modes clearer – I am feeling. I am acting. I am fantasising about what I do not know. I am dreaming. The pandemic has made the separations between everything clearer. Whereas before, I would wonder and wonder about all I did not know, now I spend my reverie only in pleasure. If I can. I don’t need any more evidence to be angry or worried or scared. I don’t need a ticker tape telling me what to feel. My sadness, my anger, my worry, lasts. I pay attention to what other people think they have the luxury of wondering about. I don’t need to see to know that I need to act. I don’t need evidence; I know how dire it is. I want to spend my dreams elsewhere.

I have a dream… a dream, a re-arrangement of reality in a way that seems within reach, though unlikely. How often ‘I have a dream’ has been repeated all over, without accounting for the ways in which dreams are related to the realities we find ourselves in, and what we are able to perceive.

Katherine Agyemaa Agard is a Trinidadian writer who currently lives mostly in the San Francisco Bay Area. of colour was the winner of the 2018 Essay Press Open Book Prize, and was longlisted for the 2021 OCM Bocas Prize in Caribbean Literature.