Solitude and Covid-19 by Barbara Taylor 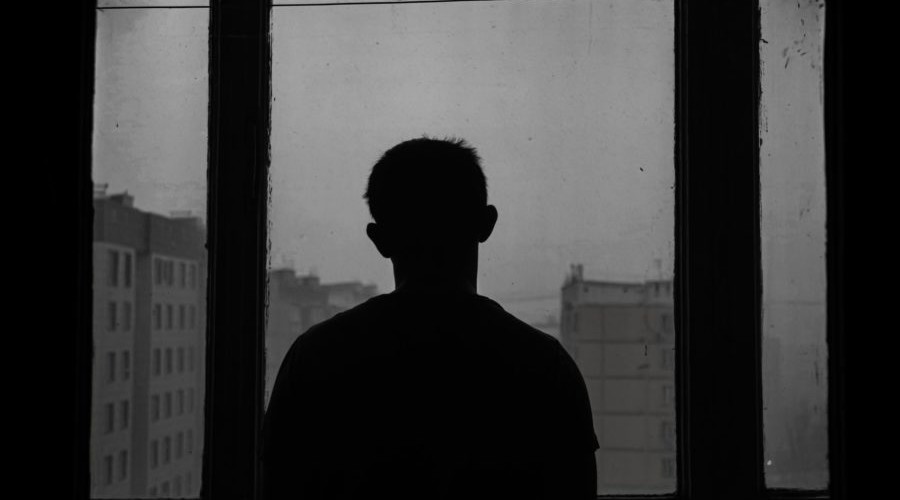 By Wasafiri Editor on December 7, 2021 in Global Dispatches

In the latest of Wasafiri’s Global Dispatches series, author and academic Barbara Taylor responds to Katherine Agyemaa Agard’s work ‘strangers, dreaming’. For this piece, prompted by Agyemaa Agard’s meditation on loneliness and isolation, Barbara Taylor explores the history of human solitude, and the impact that Covid-19 has had on the trajectory of intimacy. Drawing upon historians, philosophers, and her own lived experience, she places Agyemaa Agard’s observations on touch and connection in a larger context, bringing nuance and depth to a conversation that we will be having for years to come.

Solitude is a realm of imaginings, of phantasmata, as Aristotle named the images that appear in our dreams. The lone mind of the dreamer is crowded with things, places, but above all with people: alive; dead; sometimes recognisable (or seemingly so: the dreaming mind is a great confabulator) but often strange, so strange occasionally that the waking mind recalls them with astonishment. These nighttime visitors of our dreams were once known – and in some cultures are still known – as supranatural, as messengers from gods or God, demons or the Devil. Martin Luther’s dreams were made terrifying by diabolic visitations, while twelve centuries earlier an angel came to Saint Augustine’s dreaming mother with a vision of her errant young son’s eventual redemption. Augustine himself believed he had appeared as a phantom in someone else’s dream. Perhaps many people have dreamt of the saint, like the young Bob Dylan – who in 1967 sang about dreaming of Augustine, ‘alive as you or me’ – or my own dream of Augustine throwing pears at children (Augustine famously felt guilty about taking pears from a tree not belonging to him when he was an adolescent).

The solitude of our waking lives is likewise populated. This is not a new perception. Alone, Socrates conversed with his inner companion, a fierce internal truth-seeker who mercilessly quizzed the philosopher (the basis of the famous Socratic method). A host of post-Socratic thinkers have described solitude as conversational, a flow of inner dialogue with absent loved ones, muses, alter-selves. Some, especially religious writers, describe a deep, voiceless communion with God. For all these philosophers, theologians, psychologists, poets, human subjectivity is shaped by these inner presences, experienced most powerfully in solitude. And the capacity for solitude in turn depends on these presences: an idea developed most fully by the British psychoanalyst Donald Winnicott who in a 1955 essay argued that the ability to experience solitude depends on our internalisation of a caring presence in infancy. ‘[T]he state of being alone,’ Winnicott wrote, ‘paradoxically always implies that someone else is there’.

But if no-one else is there? Enforced aloneness without a caring inner presence, Winnicott writes (his example is a prisoner in solitary confinement), can bring suffering of an intensity ‘beyond the imagination’.

‘Loneliness’ is a modern term; for most of Western history ‘solitude’ has done service for a  wide range of human experiences, not all of them physically solitary. But the feelings we associate with loneliness have been described as far back as written records go. ‘When you have shut the doors and made a darkness within,’ the second century Stoic Epictetus counselled, ‘never…say that you are alone; for… God is within’. Yet in his Discourses Epictetus also evoked a ‘forlorn’ solitude characterised by helplessness, the absence of anyone to turn to in times of need. The wretchedness of this condition has been vividly described by many since, including another psychoanalyst, Julia Kristeva, who writes, ‘When you say solitude, it can mean isolation…[when] you’re motionless, stoned, close to death’. Kristeva goes on to contrast this to a solitude that ‘happens in a situation when [you’re] in touch with something else. Although you’re alone, you can think about your lover, child, work…’. Alone but not isolated: solitude as in-touchness, a reaching-out to vital connections reliably in mind. But how reliable are these vital inner connections when the physical presence of others becomes impossible, when physical touch is gone?

In his book Touch Gabriel Josipovici describes how an unmet yearning for touch generates a feeling of deadness, of being ‘cut off from the source of life’.

‘It is the condition of knowing that one is alive but not being able to feel it, of feeling rather that there is life but it is elsewhere and that one is somehow cut off from it. That vague unfocussed longing, which feels as if it would be appeased by the touch of another, is so frustrating because it seems as though so little is required to bring it to fulfilment, yet that little is nothing less than everything.’

‘Cut off from the source of life’: solitude at its worst. In her essay Katherine Agyemaa Agard describes physical touch as a ‘layer of relation that stands totally separate from speaking, and writing’. In the last two years Covid lockdowns have stripped millions of people of that relational layer, thrusting them into an enforced solitude that for some has been catastrophic. Katherine dreams about smells, fluids, ‘the reality of other people’s bodies’; she thinks how long it’s been since she was pressed against an unmasked stranger’s body. She shares her dreams with her mother, with some friends, but during the pandemic her social existence is almost entirely virtual. Alone with screen images, she dreams and fantasises about the touch of others. Now she shares her experiences with us, the readers of her piece, helping us to reflect on what this time apart may have done to us.

At Queen Mary, University of London, I direct a research project on solitude. We’ve collected testimonies from the public about experiences of lockdown solitude and assembled some of them into three blogs:  A twenty-nine-year-old woman writes about hugging her friends in her dreams and finding herself feeling desolate after joyful video calls ‘because I cannot sit next to my friend on a sofa in a pub’. Another person hugs a stuffed animal, a gift from a lover locked down elsewhere. A seventy-six-year-old woman has been being seriously ill on her own: ‘it has been an extremely challenging time’. Other people write more positively about recovering from work burnout; about enjoying the peacefulness of days alone, reading and listening to music; about having a space for self-reflection, although as times passes loneliness usually sets in. ‘Solitude before Covid seemed peaceful and relaxing,’ a twenty-five-year-old writes, ‘Now it seems like the worst thing in the world’.

Some people will surely have been broken. The history of solitude shows us many individuals for whom solitude was intolerable, a nightmare of fear and despair. Peering into the records of such people, we can sometimes – if the records are rich enough – discern early deprivation, childhoods lacking that caring presence that makes solitude tolerable. But even when care has been there to shape us, to give us that all-important ‘someone else’ in our solitude, its presence can crumble under extreme pressure. How many people have experienced this during the pandemic? People with chronic illnesses or disabilities living on their own; homeless people; people with psychological disorders; older people in care homes: these have been frontline in what the historian Frederick Cooper has described as an ‘existential crisis’. Cut off from friends, family, anyone who makes them feel part of a shared humanity, people lost a lifeline with vital psychological significance. Many of you reading this article will have direct experience of this.

Solitude has many registers. Freely chosen, it opens a space for reverie, fantasy, waking dreams that enrich life. Unchosen, legally enforced – even when this is necessary to protect oneself and others – it can be unbearable. This is not new. Early modern victims of the bubonic plague were locked into their homes; their contacts were traced and imprisoned. They were not allowed to visit sick neighbours, attend funerals, or comfort people who had lost family members or friends. This met with protest. ‘Do you in this sort love your neighbour as yourself?’ one critic demanded: ‘When as at no time… [there is] greater need of fellowship, company, comfort and help than in the time of plague’. Quarantined at home in 1623 with an undiagnosed disease, the poet John Donne wrote that ‘Solitude is a torment which is not threatened in hell itself’. The experience inspired Donne to reflect on the plurality of human selfhood: ‘No man is an island, entire of itself…every man is a piece of the continent, a part of the main’. We are composed of others whose felt presence is a condition of liveable solitariness, but an enforced isolation from real others can be a hellish torment. In this, as in so many ways, Covid’s toll has been desperately high and will be felt long after the virus takes its place in the long, too often wretched, history of human solitude.

Barbara Taylor is Professor of Humanities at Queen Mary and a specialist in British intellectual and cultural history, feminist ideas and movements, and histories and theories of subjectivity. Her publications include Eve and the New Jerusalem: Socialism and Feminism in the Nineteenth Century (1983;1993, 2015); Mary Wollstonecraft and the Feminist Imagination (2003); Women, Gender and Enlightenment, 1650-1850 (edited with Sarah Knott, 2005), On Kindness (written with Adam Phillips, 2009), History & Psyche: Culture, Psychoanalysis and the Past (edited with Sally Alexander, 2012) and The Last Asylum (2014). She is currently directing a four-year multidisciplinary research project on western solitude, funded by the Wellcome Trust, and completing an intellectual history of solitude in Enlightenment Britain.