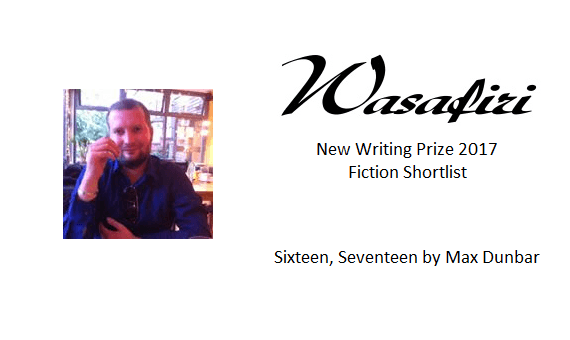 Parallel to the Learning Centre there was a playing field, lined and oblong and chopped and trimmed with regularity, bordered with hedges and visible through the classroom windows: apart from a patch at the far corner that had a cluster of cottonwood trees. If you stood behind the trees at a certain angle you might be seen, but maybe not. In any case Leah Marine thought the risk worth it. She lit a cigarette.

‘Fuck off, E. J., you tramp.’ Leah watched the girl’s face fall before she let go of her laughter and offered the pack. ‘Hahaha, two hours of Mashiter Time, do you think I’m gonna let you go through without a cigarette?’

Happy, complicit laughter rippled around this little group. ‘Yeah Leah, even you ain’t that cruel.’ E. J. lit up, and there were a few seconds of silence as the group inhaled. Smoke drifted up through the leaves.

Mashiter was reiterating the ground rules when they headed into class. ‘Timekeeping,’ he pointed at the whiteboard, ‘respectful and in an apprerpriate tern, one person speaks at a time –‘ The team leader had to raise his voice over the clatter of Leah and E.J finding their desks. ‘You four. I warned you about your timekeeping. That’ll be factored into your quarterly performance figures.’

‘Oh, the humanity,’ E. J. said in her Christopher Biggins voice. Other pupils glanced around at the remark. They were a sorry-looking bunch, Leah thought. She took great pride in being able to afford full uniform, as well as decent foundation and hairclips and all the latest gadgets.

Mashiter got on with his lesson. Leah found it boring. She snaked an earphone from her uniform sleeve into her ear, then passed E. J. the other earpiece. It took a while to get themselves lined up, and the two girls had to lean into each other so that the earphones didn’t fall out. Heads almost touching, they bopped about to Kemistry & Storm for a few moments. A busy drone, near imperceptible, rose in the classroom.

Leah didn’t think Mashiter would notice, he was facing the whiteboard and pointing out diagrams and process points, but the team leader broke off from his PowerPoint, strode to her desk and yanked the contraption out of her ear.

‘Give me that. Give me – Thank you.’ Mashiter walked back to the front of class with the little device held in one palm. It made Leah think of an American soccer player on the late hundred channels her mam sometimes had on when she couldn’t sleep. The team leader wheeled to face the class.

‘You know, Leah, Joanna, Demi-Rose, I’m not doing this for fun. This is stuff you need to know. Practical skills. Believe me, when you go out into the real world, this here will seem like a holiday camp. What’s going to happen when you’re asked to rewire a plug or change a catheter or complete a requisition form and you dern’t knerr how because you haven’t listened?’

A stout silence held the room. Leah could feel eyes on her. She was the cool kid and the big rebel, popular, but a little suspected also: in this endless tedious battle with Roy Mashiter sometimes she won the class round. This time she didn’t. Probably the team leader was right, that she should apply herself. But damned if she was going to take shit from anyone. ‘Fuck you,’ Leah said. ‘I want my music back.’

Someone actually gasped. Leah herself felt a little shocked – forget the quarterly demerits, this could mean an exclusion order, even the Clinics. Mashiter’s face had pinked, a very bad sign. He opened his mouth to speak… and then the Bell of Pity rang.

The Bells were pre-recorded, piped in through classroom speakers, and Leah actually kind of liked the sound: cathedral-style rattle and chime, grand and sonorous, the recording always cut off a little too soon (BOOONG… BOOONG…. BOOOclick). Mashiter’s process flowchart dissolved, the lights dimmed and a handwritten letter appeared, blown-up, yellowed and straggling, on the screen.

‘Pray silence for the Hour of Pity,’ a voice boomed.

A strain of sad, wistful music began to play, like something you’d hear on local radio, when they used to do the tearjerker stories in the nineties. Mashiter found a desk near the front and sat down with some haste. Then the narration kicked in. The voice from the speakers was quavery, indignant and disappointed.

‘Council said we’d be getting a fence.’ A slow pan over the letter. ‘When we moved in there were just a couple of old posts next to the road. A surveyor came out and said we were getting a fence. But when they put the fence up it wasn’t high enough. And it were just an old paling fence. People could see into our garden.’

Leah liked the darkness that came with the Hour of Pity. Sobs croaked out in the blackness around her. Leah unsnapped a lipstick and applied it. She heard someone, probably Kacey-Mae Potts, suck air through her nose.

‘… and now we don’t have a proper fence, and whent council man come round, he said it wouldn’t get built over regulation height!’ The voice hit a petulant crescendo, and a couple of people (Kacey-Mae Potts and Leah’s cousin Ingrid among them) were now openly crying. ‘When I said, what do we do if we want an higher fence, the council men said to write in and ask for permission, and we’d have to bear the costs ourselves!’

Strange thing was, when they went through the Hour of Pity, when they listened to the Old People’s recorded complaints about repairs and pensions and parking fees, it could be hard not to feel sad – you cried for the Old People in a way you could never cry for yourself. Leah’s emotions surged in an almost unbearable intensity and then her mood snapped into a depersonalised fear like her body wasn’t really her own.

E. J.’s voice was choked, but she was able to summon some derision. ‘Haha yeah, it’s like oh my god, something’s wrong with my fence, what a tragedy.’

Demi sang the first line of Timberlake’s ‘Cry Me a River’ and their little group hooted in the dark.

When the lights came up, several pupils were still very emotional. Johnny Bamforth rocked in his chair by the window, teetering on one chairleg, clock and counterclock, staring out of the window at the cottonwood grove. Kacey-Mae was proper crying now, hitching and throwing off great keening wails. Mashiter walked up and down the aisles, dispensing tissues.

‘What I really think is worthwhile,’ the team leader said, as he walked, ‘is that you can actually hear from the Old People and understand the sacrifices that they made, working hard all their lives. That’s what it’s all about. That’s what’s going to get you out of bed in the morning when you go off to the offices or the Towers or the care homes.’ He came to Leah’s desk and leant in, as if to say something, then dropped a tissue on her worktop and veered off, as if he’d seen something in her face that he didn’t quite like or understand. ‘Now, I’ll let you take a moment, it’s obviously emotional, but I’m conscious of the time, so let’s crack on soon.’

End of the day. Leah and E.J. met outside the college gate. Buses made a cramped rotation in the terminal.

‘Nah,’ Leah said. ‘The younguns haven’t broken up, it’ll be a fucking squawkbox. Let’s walk it to mine. My brother got me the new Sonic game, we can have a chokka on that.’

‘Yeah, I can only give you an hour though, babes.’

‘Bad. We’re going to go up to the walk-in centre, see if they’ll trade in some meds, we could be there till around midnight.’

E.J.’s father worked on one of the de-urbanisation projects and had got some kind of chemical bug from drilling through foundation. He was only thirty-nine, way off his golden age, yet looked like one of the Old People already. It was kind of tragic to look at him.

They set off. From the college to Leah’s place at the rough end of town was a twenty minute walk through sameness streets, a tract of land with houses and care complexes and not much else. Elsewhere in the Community there were factories and golf courses; there was an old-style oak panelled public house that sold a variety of non-alcoholic lagers; there was a Hub that offered generic debt advice, and lectures upon public health; there was a cinema that showed classic British film on a continuous loop, there was a library of appropriate literature (no American fiction, no horror or SF but plenty of ‘cosy crime’, big family sagas and Booker shortlisters.) Not much of a town. Ideally Leah wanted to get the hell out, but the high looping motorways and increasing border bureaucracy discouraged such ambition. And what would the family do without her?

Leah lit E.J.’s cigarette, then her own. ‘Yeah, six hours at the plant, screwing together bits of copper wire. I’ll probably be there until one. Christ, cigarettes are the only thing keeping me awake right now.’

‘Did Mashiter keep you behind?’

‘No.’ It was a surprise. Either the team leader was planning something or had simply forgotten. Leah thought he had forgotten. ‘He didn’t even seem all that pissed off.’

‘He might be pissed off tomorrow.’ From her rucksack E.J. produced Leah’s music box. ‘Nicked it off his desk while everyone was filing out and he was messing about in the stockroom. He always keeps contraband in the same place.’

Leah offered her an earphone, and they walked to Kemistry and Storm. It was a happy walk, but the fear she felt was still there, some quiet terror she couldn’t understand. In the distance, another plane fell out of the sky.