Sisonke Msimang: ‘the dream of South Africa I still find to be the most compelling idea despite everything’ 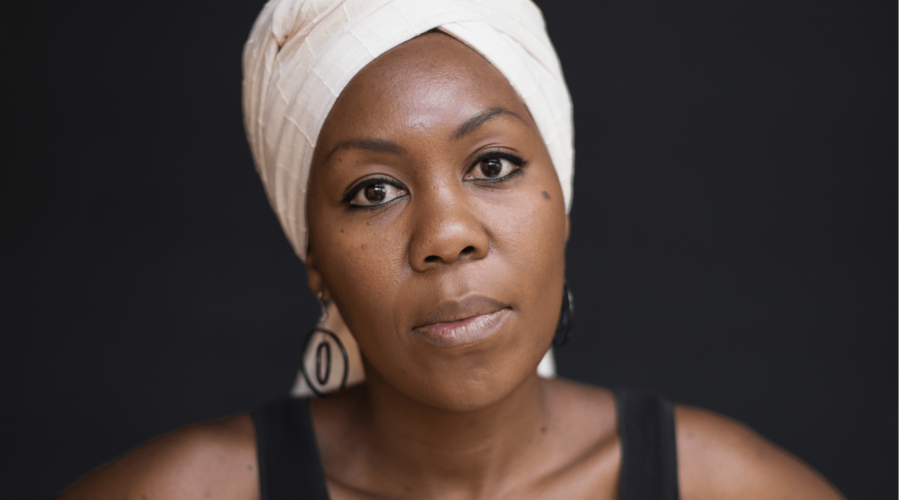 Sisonke Msimang is a South African author and activist. She is the author of the memoir Always Another Country, and more recently, of The Resurrection of Winnie Mandela. Her work focusses on race, gender, and democracy, and has been featured across a range of international platforms and publications. While in London, Msimang spoke to Wasafiri about storytelling and social justice, the concept of ‘a single story’, and South-South connections.  An edited version of the conversation is published here.

Sana Goyal for Wasafiri: Let’s begin by talking about the title of your memoir Always Another Country. You spent your childhood years in exile in several countries—Zambia, Kenya, Canada, and Ethiopia—and now divide your time between South Africa and Australia. Has writing this memoir helped think through and clarify certain questions to do with belonging, identity, and citizenship?

Sisonke Msimang: Yes and no. On the one hand, Always Another Country functions very literally, as you’ve just said. But on the other hand, it’s a metaphor for the way in which people who may have grown up in several places, or in a place where they don’t quite belong, or for people with a longing—the way in which they’re constantly looking for another country—that belonging is another country. It’s both literal and metaphorical. And then of course it speaks to James Baldwin’s Another Country. There’s lots of ways in which it echoes other literary traditions.

To the question about whether it helped clarify my thinking about belonging, and where do I fit, the reason I say yes and no is because on the one hand, of course it did—the process of writing a book, particularly when you’re honing in on a theme like that, does help you clarify a lot of things. On the other hand, I’m not a big fan of memoirs that are cathartic, where the writer is working things through as they write. In some ways I think that’s the function of therapy and by the time you’re telling a story, you should’ve worked it out. The contract between the reader and the writer is that the writer is an able guide. This means they have perspective, and they’re able to tell you a story, and they lead you through it. If you’re still working it out, you can’t lead someone through the story. So, there was a lot in the process of writing where I realised that I hadn’t worked stuff out, and that stuff didn’t end up in the book.

You write in the introduction: ‘Reft of a physical place in this world we can call home, exile makes us love the idea of South Africa… I now see that the dream of freedom was a sort of home for us.’ You’ve also said elsewhere that you ‘always believed that home was a geographic space and the way things have turned out for you it is obvious it can’t be geographic.’ Can you talk about this ‘real, physical’ and ‘imagined, dreamed’ home? What did the word ‘home’ mean to you then and what does it mean now?

As a kid growing up, home was almost always invoked as South Africa; so when my parents talked about home, when they talked about going home, we always knew they were talking about going to South Africa. It didn’t need translation. And going home meant going to South Africa, but it was always conditional. It was tied to a set of political conditions. When Nelson Mandela was free, and when the African National Congress was unbanned, we would go home. There was no other way in which that was possible, right? And it really did feel like the most powerful homecoming. It was like a fairy tale…because how often do your dreams actually come true? And it was a collective dream, right? It wasn’t just the dream of my family or my parents—it meant a lot to them—but it was this really grand, collective fairy tale of our community, but also the world.

Fast forward to now, when I think about the idea of home, I think there are some things that are hardwired—and so, for me, my hardwiring is that South Africa is home. When I talk to my kids, when I speak without thinking, I talk about South Africa as home. It is sort of instinctual. And I can’t imagine ever living in a place that feels as much home as South Africa does. And that’s because—of course, as I say in my book—it wasn’t just a geographical space. It’s because the idea and the dream of South Africa I still find to be the most compelling idea despite everything.

I want to ask about two scenes in particular from your memoir—one about the racial abuse you faced in a school playground in Canada, and the other, about being sexually abused in your own home in South Africa. With the former, you were able to share the story of your experience at the time, but you kept the latter a secret for a long time. You’ve talked about this “gap” between racial and sexual abuse in terms of telling. Why do you think it exists?

I think that because of the nature of the struggle that my parents were engaged in, because the nature of apartheid was racial, we had a language for describing racism and racial abuse and an intolerance of it. And so to be called any racial slur…from the youngest age I knew that that was wrong, and I knew that that was not shame that I could ever own. We didn’t have a similar language for gender equality, for sexism, for misogyny, for all of the things about being a woman and a girl that are less than what it means to be a boy or a man. I didn’t have a language for it. And then, by the time I would’ve had a conscious ability to frame a language around it, I already knew that it would be my fault. And I say that even though I know they would’ve done everything for me, and loved me, but I also don’t regret the silence because I feel as though the stigma would’ve trailed me regardless. The questions would’ve circulated—even though I was a child, seven years old. It’s that pernicious. And it’s in the same way that like around the world there’s the hierarchy of colourism—the darker you are, the worse you are—around the world, the more effeminate you are, the more a woman you are, the worse you are. It just is what it is. I’m not saying it’s immutable and not subject to change, otherwise we wouldn’t do what we do, but it’s that. It just is what it is.

Your 2017 TED talk, ‘If a story moves you, act on it’ talks about storytelling beyond storytelling’s sake, about the potential shortcomings of this and about bridging storytelling and social justice. You’re a writer and an activist — can you speak about why this A to B, so to speak, is so important for you?

I think that the issue with our imagination and with the capacity of human beings to tell their stories is really seductive. It’s such a wonderful ability that we have. And the better a storyteller you are, the more you can transport people into your own world. That’s an enormous power. But it also, in this age, in this generation, at this particular time, is often used as a substitute for action. And so I worry very much—and I worry because I feel it in myself—I worry that the response of empathy makes me feel like I’ve done something… when I’m not, I haven’t. There’s something very seductive about a story and I try very hard to resist that temptation. I think that there’s no substitute for action—real action in the real world, now more than ever.

One of the reasons you wanted to write this personal memoir, this ordinary story of childhood and coming-of-age, was to challenge who gets to tell the narrative of the nation, the South African nation—so, beyond Nelson Mandela and other male political figures. Why did you want to push back against this ‘single story’ of sorts?

Yes, I wanted to push back against the ‘Big Man’ thing—and it’s not just about that, it’s also about what Bibi Bakare-Yusuf [of Cassava Republic] said about also thinking about the archive. What is the breadth of stories that we want to ensure reflect the way we thought about things, if we think about the future? And it seemed to me that it’s not just a breadth of story that’s about being a woman, telling a particular story. That’s important, yes, but it’s also about telling the story of freedom fighting through the eyes of a child. That was really important to me because it’s just something we haven’t seen a lot of in South Africa. I also wanted to reflect very deeply on this troubling question of privilege, because so often the stories that we tell about ourselves flatten our experience to the one thing, and so in service of challenging ‘the danger of a single story’, what we then do is tell a middle class story because that story has not been heard before. But then we don’t trouble the waters—about what that middle class story really means. So in some ways I wanted to be honest enough to commit class suicide, to say this is what it is and to not glorify it.

You were recently on a panel with Megan Davis and Ta-Nehisi Coates on race, power, and privilege. From the discussion, I was really struck by the similarities in terms of truth and reconciliation, reparation, racism, land-relations between South Africa and Australia. I wonder if you can speak to the merit in these South-South connections and conversations?

On the importance of the South-South stuff, it’s absolutely critical. Some societies, post-colonial settler societies, really lend themselves to those kinds of comparisons. The similarities are clear and the differences are clear, and those are important to reflect on too because where the countries differ is where we begin to see what distinguishes one national identity from another. It’s important to understand what’s unique about your country, and it’s important to understand what patterns and trends are similar across the world, because then you can start to get at the underlying issues that drive your society. That’s what I’m always trying to do in my writing, to get at the underlying things, which is what people called the zeitgeist. You can only get to the zeitgeist if you know what that’s about. And so there’s a lot of merit—Australia, South Africa, New Zealand, Canada…but the differences are actually defining markers of national identity, and understanding those helps you to chart the way forward for how you talk about freedom.

Sisonke Msimang’s Always Another Country is published in the UK by World Editions.