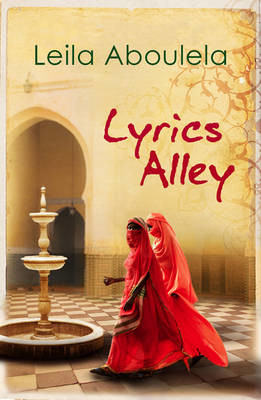 By Robin Yassin-Kassab on January 17, 2015 in Articles

The two wives share a compound. Sudanese Waheeba in her hoash – a traditional living space half open to the air – represents ‘decay and ignorance … the stagnant past’ to gregarious, multi-lingual Mahmoud. Egyptian Nabilah, much younger, better educated, attempts to recreate Cairo in her Italian-furnished modern salon. She represents ‘the glitter of the future … sophistication’. But events question such easy distinctions.

Mahmoud’s hope lies in his brilliant son Nur, who he sends to a British boarding school in Egypt. Bright, outward-looking Soraya, Mahmoud’s niece, also centres her hopes on Nur, her fiancé and ‘link to the outside world, that world that was not for girls’.

Each half of the novel is introduced by the illness of a key male, first Mahmoud the patriarch, then Nur, paralysed in a diving accident. These dramatic devices serve to gather the extended family and also act as pivots in the struggle between the two wives. Nur’s illness gives his mother Waheeba the edge over the Egyptian wife.

Two grand divorces, of Egypt from the Sudan and Britain from Egypt, provide a resonant backdrop to Abuzeid family politics. Aboulela excels in the evocation of time and place, between World War Two and the Free Officers’ revolution in Egypt. She depicts a Sudan tentative on the brink of independence, whose ‘potential was as huge and as mysterious as the darkness of its nights’.

Scenes shift from Umdurman, where echoes of the Mahdi’s rising still reverberate, to Khartoum, then a city of seven churches and two mosques; from Alexandria in its cosmopolitan days to a Cairo of dwindling fezzes, where the ladies dress competitively. There’s a hospital trip to London with its war-wounded, and the TV in the hotel lounge, the first Nabilah has ever seen.

Aboulela confidently draws her wonderfully rich characters, neither purely virtuous nor evil but beautifully human. Her fine touch reaches down even to minor figures such as Jack the bad-tempered ex-soldier, or the Harrisons of Khartoum’s Barclays Bank, wined and dined by a calculating Mahmoud.

This certainly isn’t airport orientalism. Many of the push-button ‘Muslim world’ issues are here – not least female circumcision – but they emerge naturally, in context, and are not distorted by displacement or magnification. Whether traditional or liberal, Aboulela’s women are spirited fighters, always seeking to extend their influence within the family and out in the wider world.

Rather than a cultural sob story, Aboulela offers the warmth and deep meaning of Muslim family life, and of Islam’s great usefulness to many. In case the reader had forgotten, Lyrics Alley reminds us of the beauty of the Quran, and of Sufi poetry, and the shahada, ‘starting with no, and ending with the grandest word, Allah’.

The positive role of faith is illustrated most clearly by Badr, an Egyptian teacher seconded to the Sudan. Badr lives crammed in a small hoash with his wife, children, senile father and delinquent cousin. Mahmoud Bey, who knows the backgrounds of important men, can never remember Badr’s name. It’s a recipe for resentment, but by spiritualising his struggles the teacher becomes the novel’s most positive figure, the sort who prays in the presence of angels. It’s Badr who helps Nur to see his illness as a trial rather than a curse. This passage follows a remarkable stretch of present-tense writing, in which Aboulela examines Nur’s inner turmoil as he prefers death to impotent paralysis, his rage at the loss of privacy and control.

‘My fictional worlds reflect Muslim logic’, the author writes on her website, and the world of Lyrics Alley is one in which bad things happen ‘for pedagogical reasons’, in which almost everybody sees the light in the end, almost everybody reforms. But it’s a Tolstoyan sort of moralising, not prudish or preachy but compassionate, even wise.

Islam originally understood itself as a middle path, for a middle people, as a balance between legalism and enthusiasm. The notion of balance penetrates the Quran’s imagery, diction and rhythm. And Aboulela describes Ramadan with her trademark insistence on balancing extremes: ‘how rigorous it was, and at the same time buoyant; solemn, and at the same time merry’. In Aboulela’s writing, human life is balanced between trial and reward, burden and bliss. Her insights and characterisation are as balanced as her sentences, which are subtle, nuanced, well-rhythmed, sometimes intricate. They are quiet and sensitive, not showy, yet they can aspire to poetry. One sentence calls a woman’s body ‘a multitude of orbs, pliant, narrow, convex and intriguing’.

This is a novel, finally, about language and writing. Nur’s discovery that he is ‘blessed with literacy’ is a key stage in his spiritual cure. For him, ‘The words on the page are a mirror. They reflect his secrets and his beauty.’ The words on Aboulela’s page, one feels, are intended to reflect the secrets and beauty of a greater He.

Robin Yassin-Kassab is the author of The Road from Damascus, a novel published by Penguin. He co-edits www.pulsemedia.org. His political writing, book reviews and stories can be read at www.qunfuz.com.