Review: How to Love a Jamaican by Alexia Arthurs 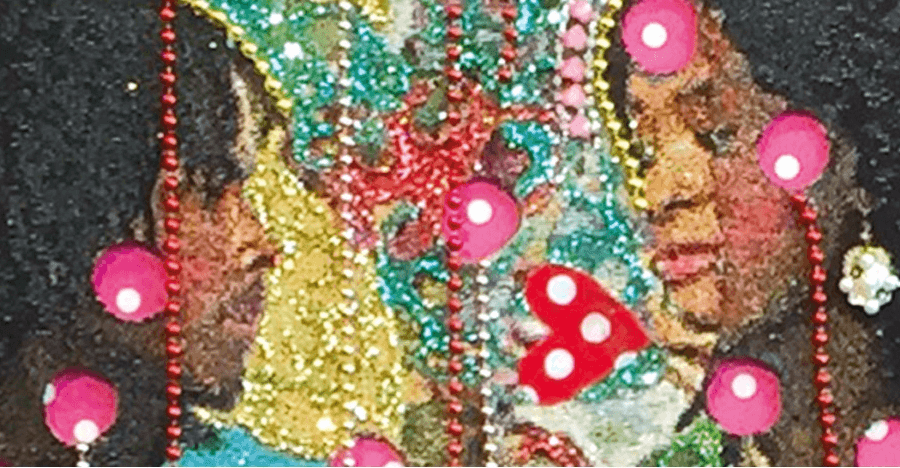 2018 has been a significant year for the visibility of survivors of gender-based violence in the Caribbean. The #LifeInLeggings campaign, which was created by gender equality activist Ronelle King in response to her own experiences of sexual violence and harassment, created space for women to share their testimonies. The hashtag refers to the clothing item which is commonly referenced within victim-blaming narratives that attribute harassment and violence to what a woman is wearing, rather than examining the hetero-patriarchal and colonial structures that provide conducive contexts for violence. These 280-character #LifeInLeggings disclosures, much like the #MeToo and #TimesUp movements, map a broad landscape of gender inequality, and Alexia Arthurs’ short story collection How To Love A Jamaican illustrates a nuanced set of scenarios which sit firmly within this conversation.

With this in mind, the fact that nine of the eleven stories are either told by black women or centre black women’s narratives is significant. From ‘Slack’, which tells the story of two girls who drown in a water tank and are found unexplainably stripped to their underwear, to ‘The ghost of Jia Yi’, which makes reference to the real-life murder of Jiayi Li who was found dead in the boot of her car in 2010, the stories frequently introduce men as peripheral, faceless and nameless actors whose actions send shockwaves and ruptures through women’s lives.

In a 2016 interview for The Paris Review discussing her prize-winning story ‘Bad Behaviour’, which appears in this collection, Arthurs speaks about the need for a ‘national conversation’ about paedophilia. She describes being a young woman as an ‘ongoing lesson in learning how to say no, which can be hard […] The world often isn’t interested in our permission.’ In many of the stories in How To Love A Jamaican these themes emerge quietly, like jetsam floating to the surface of a murky sea. The figure of the molesting man who perpetrates sexual violence and coercion, leaving single mothers to raise children alone, appears throughout the collection. In a 2017 interview, Taitu Heron, a gender and development specialist for U.N. Women in Jamaica, explained that perpetrators of sexual violence are often not held accountable, as characterised by the saying that ‘anything after 12 is lunch’, implying that any girl who has reached puberty is ‘fair game’.

Sometimes Arthurs depicts this threatening male figure as analogous with North America in general. In ‘The Ghost of Jia Yi’, America is ‘a place that […] took daughters and later spit out their bones’, and in ‘Mermaid River’, in which a man travels to Jamaica for his grandmother’s funeral and remembers his upbringing in her care, the nation represents a beast that can ‘swallow black sons’. Throughout the stories in this collection, which oscillate between Jamaica (the author’s birthplace) and North America (where Arthurs moved with her family when she was twelve), pulses the legacy of the transatlantic slave trade, and the flailing tendrils of colonialism which reach into the present. The current day manifestations of imperial devastation present themselves in the collection as colourism, invisibility, disjointed family dynamics and the various scar tissues of migration as felt by children ‘sent away’ or ‘left behind’; wounds which the barrels of toys and luxury goods that bob throughout the collection attempt to salve. 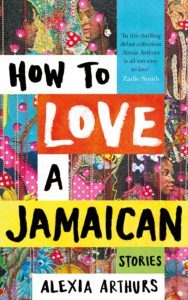 The stories are for the most part bleak, haunting, and peppered with realism which is unflinching in its delivery of difficult truths. In ‘We Eat Our Daughters’, a set of four vignettes, a woman stands at her mother’s fresh grave and muses: ‘it’s true that my siblings and I are ungrateful, but we are ordinary, only ungrateful in the ways all daughters and sons are ungrateful. We called when we could’. This sense of resignation to isolation seeps through the book like spilt Blue Mountain coffee; isolation mutates and presents itself in ‘Island’ as loneliness felt by a queer woman without friends or community who understand her experience, and in ‘On Shelf’ as a woman’s desperate attachment to an inadequate lover because together their shared nostalgia ‘saved her from the loneliness of the Midwest’.

In an Instagram post on 12 June, Arthurs dedicates the closing story in the collection to the Barbadian singer and songwriter Rihanna, dubbing it “The Riri Read”. In the story a famous singer retreats home to Jamaica after a traumatic event. Arthurs’ title – ‘Shirley from a small place’ – is a nod to Antiguan-American author Jamaica Kincaid’s creative nonfiction essay A Small Place, which is a chronicle of rage directed at tourism and governance in Antigua and a critique of the lingering violence meted out by colonialism. By book-ending her collection with an epigraph by Jamaican poet and writer Kei Miller, and an homage to Jamaica Kincaid, Arthurs asserts herself rightfully within the broad church canon of Caribbean fiction writers.

Arthurs’ work feels fresh and adventurous as it addresses contemporary issues head-on. At the same time, there is also a sense of being in safe hands; the rhythm and pace of the collection feels familiar, reliable and consistent. Each short story swings around a single kernel of truth or discovery, much like James Joyce’s characters’ epiphanic moments in his short story collection Dubliners, or the anticlimactic ‘reveal’ in many of the stories in Raymond Carver’s Shortcuts which, far from setting characters on a new path, simply expose the ‘path’ of life as an infernal treadmill from which there is no escape.

The stories in the collection are searing and deeply moving; Arthurs does not shield the reader from the pain and generational trauma of her characters. As Renee philosophises in ‘We Eat our Daughters’, ‘Maybe our kind doesn’t have time for soft words’, and indeed Arthurs’ stories are tender but unapologetically raw. How To Love A Jamaican is delicate in its storytelling, and powerful in its centring of the voices and narratives of women and girls in an urgent and sensitive critique of inequality.

Leah Cowan is the Politics Editor for gal-dem, a magazine written by women of colour and non-binary people of colour. She also works at Imkaan, a black feminist organisation which is dedicated to addressing violence against Black and minoritised women and girls. Leah writes and speaks about race, gender, migration and state and border violence.