Review: At The End of the Century by Ruth Prawer Jhabvala 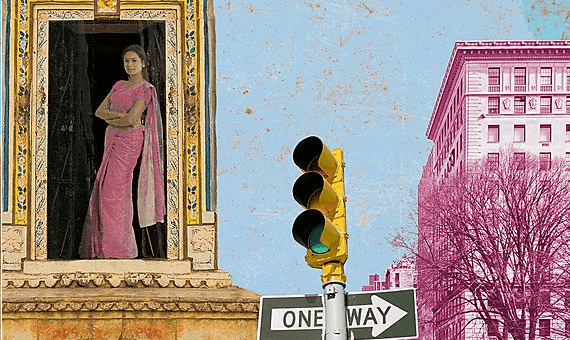 Ruth Prawer Jhabvala, who died in 2013, was a prolific writer of novels, short stories and screenplays. She was born in Germany in 1927, the daughter of a Jewish lawyer. Prawer Jhabvala fled to England with her parents and brother when she was twelve. The rest of her father’s family died during the Holocaust and, devastated by this loss, he committed suicide in 1948. Prawer Jhabvala was educated in England, studying English Literature at Queen Mary College. She married Indian architect Cyrus Jhabvala in 1951 and went to live with him in Delhi. Prawer Jhabvala’s formidable talent is showcased in this posthumous selection of seventeen of her stories written between 1963 and 2013. She uses all her senses to evoke landscape, her eye is razor sharp and her ear unfailingly receptive to the nuances of her characters’ speech.

Fellow author and friend, Anita Desai, introduces the collection and hints at the pressures of life in India for a white, middle-class European. Prawer Jhabvala was openly ambivalent towards her adopted country: ‘I think of myself as strapped to a wheel that goes round and round and sometimes I’m up and sometimes I’m down.’ When her screenwriting career flourished, she moved to New York. Her stories travel across continents, as she did, and take in an array of settings from ashrams in India and the English countryside to Manhattan apartments. Her themes are timeless but the stories always reflect the period in which they are written.

In her earlier work, Prawer Jhabvala’s female characters are often eager to embrace Indian culture. The female narrator in ‘An Experience of India’ declares, ‘I wore Indian clothes right from the start… I had come to India to be in India.’ She enjoys flings with various Indian men while her long suffering husband, a foreign correspondent, looks on and gets her out of trouble when necessary. After a debilitating illness, he offers her the opportunity to recuperate in Geneva. She refuses, determined to continue her spiritual quest, despite her ailing health.

In ‘Ménage’ the female narrator writes in order to make sense of her life: ‘[I] have published several novels and collections of stories. These are mostly about the relations between men and women, which appears to have been the subject that has impressed itself most deeply on my heart and mind.’ This aptly echoes Prawer Jhabvala’s own preoccupations. She repeatedly describes broken relationships, lives filled with regret, unrequited love or loss with beautiful precision. Her emotional acuity is surprising given that her own marriage appears to have been a happy one. 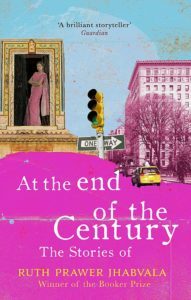 Extra marital affairs abound in her stories. In ‘Two Muses’ and ‘Ménage’ male egos are massaged by two or more women. In the first, Lilo and Netta, refugees from Hitler’s Germany, spend a lifetime in prosperous Hampstead and St John’s Wood looking after the needs of writer Max Nord, who is widely considered a genius. In ‘Ménage’ the women, also German refugees, are related. Set in New York, Yakuv, an Eastern European concert pianist runs rings around Leonora, her husband Rudy and sister Kitty. The sisters are in awe of his talent, allowing him to dictate how they are to live and how best to serve him. Sadly, history repeats itself with Leonora’s daughter who, in turn, finds herself in thrall to Yakuv.

There are other sibling betrayals. ‘Pagans’ is set between New York and LA. Brigitte has casually slept with her sister’s brash, wealthy husband for years and yet she feels little guilt; ‘she doesn’t even like Marshall.’ Somehow, in LA, ‘it was inconceivable that, with such fullness available, anyone could be troubled about anything – apartments, desires, attachments, anything.’ Lust, the longing for spiritual enlightenment and emotional fulfilment are common themes in this selection and are often confused by Prawer Jhabvala’s characters. ‘The Widow’ describes a woman’s yearning to mother her tenant’s son — this turns into a dangerous sexual obsession. In ‘A Spiritual Call’ Daphne turns her back on a safe life in England and ‘a quite interesting job with a secretarial agency’, to follow a shady guru. She suspects that there is another side to Swamiji but is blinded by her desire for ‘spiritual regeneration’.  n ‘Desecration’ Sofia chooses the physical over the cerebral and betrays her loving but controlling husband with devastating consequences.

Prawer Jhabvala won two Oscars for Best Adapted Screenplay for her collaboration with James Ivory and Ismail Merchant on Howards End and A Room With A View. There is a cinematic quality to her stories, in the contrast between light and shade. In ‘Miss Sahib’, Miss Tuhy finds life in England drab in comparison to her former life as a teacher at a girl’s school in India: ‘Everything was too dim, too cold. There was no sun, the grass was not green, the flowers not bright enough, and the rain that continually drizzled from a wash-rag sky was a poor substitute for the silver rivers that had come rushing in torrents out of immense, dark blue monsoon clouds.’ Miss Tuhy returns to India but can only afford to live in drab, dirty accommodation and the colour comes from her neighbours whose passion she admires.

Beautifully crafted, Prawer Jhabvala’s stories are multi-layered and full of intensity. She inhabits her characters in such a way that we know what they are feeling and can anticipate their actions before they do. Frequently an outward calm conceals inner turmoil. This collection is proof, if any were needed, of Prawer Jhabvala’s enduring and remarkable talent.

Lucy Popescu is a writer, editor and critic with a background in human rights. She is former programme director of English PEN’s Writers in Prison Committee. She co-edited the PEN anthology Another Sky (Profile) and is author of The Good Tourist (Arcadia Books). She edited the anthologies  A Country to Call Home (2018) and A Country of Refuge (2016) about the experiences of refugees and asylum seekers, published by Unbound. She is currently a volunteer mentor with Write to Life, Freedom from Torture’s refugee writing group, and teaches creative writing at the Working Men’s College.