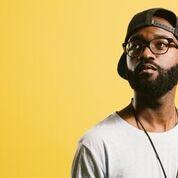 Stories of Migration and Displacement

I first visited the Houses of Parliament in 2012 just before the start of the Olympics. I’d been commissioned by them to write about British identity and the process was to be as inclusive as possible, to crowd-source the poem. I interviewed as many people as I could, struck up conversations with complete strangers on busses, in supermarkets, online, at the gym and the consensus, the single thing all parties agreed on regardless of age, race or creed, the common denominator, the unanimous sentiment was the belief that their voices were not being listened to; their politics were ignored by their parliamentary representatives. It is safe to say that that belief no longer holds, and might never hold again. Democracy and the power of a single vote is no longer a theory, a myth of an idea, but an actuality.
The Friday before the event ‘Stories of Migration and Displacement’ was to be held at the Houses of Parliament, Britain voted to leave the European Union. Though narrow and garnered from only 37% of the electorate, victory went to the majority, to those who opted to cut ties with our European neighbours. The campaign to leave the European Union promised a reduction of immigration numbers, £350 million to be spent on the National Health Service, economic stability and continued access to Europe’s single market. In the days after, it quickly became apparent that those were empty campaign promises and none of them would or could be realised. The rhetoric used to capture the vote to leave focused heavily on the first promise regarding immigration; the campaign coined and utilised the slogan ‘Take Back Our Country’, to devastating effect. The campaign implied that that the country was overrun with immigrants who diluted or destroyed British society or identity, flooded the NHS, stole jobs, would rape British women and bring acts of terrorism the high streets. These are the people the country is to be taken back from. Since the victory, ‘Take Back Our Country’ has come to underpin open racist and xenophobic attacks on black and brown people throughout the United Kingdom. Reports of hate crimes rose by 57% in just four days. Immigrants have been verbally and physically threatened, a Polish father and son were physically attacked, their bones broken, left bleeding and unconscious in an alley. Others have been chased, spat at, children bullied, and stories of migration and displacement have gained darker overtones.
On the way to the Houses of Parliament, I stepped out of Westminster Tube station into a rallying protest in support of the leader of the Labour Party, Jeremy Corbyn. It is claimed by many that he deliberately sabotaged the campaign to remain in the EU and, for this, his leadership is to be challenged. Baroness Young of Hornsey, who chaired our event, mentioned that moments before I arrived, Jeremy Corbyn walked past through the corridor that led to our event space, and silence fell as he did so.
The event began with a reading from myself, excerpts of my first play The 14th Tale, Zodwa Nyoni from her play Nine Lives, before open discussions steered by Kayo Chingonyi and Baroness Young. In the Q&A, we spoke of our influences, of our journeys to writing, about our personal histories as immigrants, what aspects of that identity we still work through and whether or not we considered England home. Kayo confirmed that London was such a place for him; Zodwa, that Leeds more or less filled that emotional and geographic space; but I answered that I had stopped believing in homes long ago; now I believe in journeys, in a constant state of transition, in flux. The room the event was in overlooked the River Thames, on which floated, tied to a life buoy, a small boat filled with roses bobbing up and down in the grey-brown, ominous waters. The boat and its flowers were for the MP Jo Cox, who was murdered horrendously, who was politically assassinated for her beliefs, for her relentless campaigning in making the United Kingdom welcoming for immigrants. As we left Parliament, I couldn’t help but think the United Kingdom had monumentally failed Jo and her memory and that the tide of racism currently sweeping the country would grow more ominous, would cause more fatalities before it ended … and that end was nowhere in sight.
Born in Nigeria, Inua Ellams is a cross art form practitioner, poet, playwright & performer, graphic artist & designer and founder of the Midnight Run — an international, arts-filled, night-time, playful, urban, walking experience. He is a Complete Works poet alumni and a designer at White Space Creative Agency. Across his work, identity, displacement & destiny are recurring themes in which he also tries to mix the old with the new: traditional African storytelling with contemporary poetry, pencil with pixel, texture with vector images. His three books of poetry are published by Flipped Eye and Akashic Books, and several plays by Oberon.
Share this...