Review: The Artist of Disappearance by Anita Desai 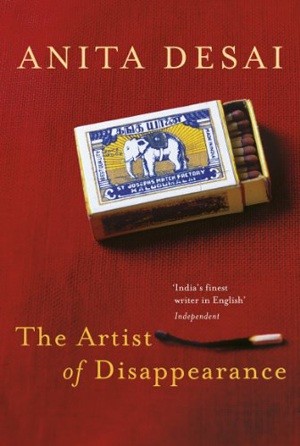 How should novelists respond to, or engage with the rapid industrial and attendant cultural and social change which India is undergoing? It is hard to imagine the writer, Anita Desai, thinking, ah, a state of the nation novel is what is required. Yet her three novellas in a book entitled The Artist of Disappearance reflect, as beautifully as anything I have read, the big narrative of a culture caught as it is between centuries of tradition and the new forces of capitalism. That she takes the subtle, understated approach means her deceptively simple stories are all the more profound.Not surprisingly, as an artist, Desai alights on the nature of art, its role and how it will survive, as her starting point for reflection.

Amidst the obvious glitz of change, plain to see in India’s urban image, it is easy to forget that vast swathes of the country remain largely rural. All three stories are a plaintive reminder of what has been lost in the race towards modernity. These linked novellas are essentially also about a deep seated desire in all of us: the desire to create. That it does not always succeed leaves a taste of poignant longing.

The first story is called ‘The Museum of Final Journeys’. It is a sad tale of a bitter, rather unpleasant junior civil servant administrator, a failed writer. He is jolted out of the boredom and condescension of his job by an old man who wants to show him a secret museum.

The museum is full of riches left by the old man’s employers, a result of travels far and wide. And while the civil servant is in awe, shown room after room of sumptuous objects, there comes a point when he has had enough. ‘I felt sated,’ the narrator writes, ‘hardly able to take in any more wonders, any more miracles, but detected a certain ruthlessness to my guide’s opening of door after door, ushering me on and on, much further than I wished to go.’

Desai appears to be questioning the whole nature of collecting and curating. At what point does it become hoarding, and therefore tainted? In the desire to preserve, something essential is lost.

The second novella, ‘Translator Translated’, also has at its heart an embittered writer. Prema Joshi is a dull, frustrated teacher. When she runs into a school friend she idolised, who is now a publisher, she can hardly believe she’s being asked by her to translate the works of her unsung heroine, Suvarna Devi, from Orya (the indigenous language of Orissa) into English.

Anita Desai is particularly brilliant at capturing the self-aggrandising, over inflated ego of the translator. She becomes unbearable as she transforms from writing a working translation to a fantasy she cultivates about her own talents: ‘I saw that what was needed was for me to be inventive,’ she says, ‘take things into my own hands and create a style for the book. So, instead of a literal translation, I decided to take liberties with the text.’ It was all going so well, but the author’s family complained, the publisher dropped Prema and her life suddenly ‘stretches out before her, like an empty, unlit road’.

The last ‘artist of disappearance’ is Ravi. He lives in a burnt-out house high on a mountain. The only solace he has is nature. The adopted child of indifferent and largely neglectful parents, he has learned to be alone and at one with nature, ‘to be silent, aware, observe and perceive’. And even the arrival of a brash film crew wanting to make a documentary about environmental degradation in industrialising India, does not stop him from creating a private garden in a hidden glade.

Razia Iqbal is a Special Correspondent and Presenter for BBC News; she presents the BBC World Service’s flagship news and current affairs programme, Newshour, and also Talking Books on the News Channel and on BBC World. She was the BBC Arts correspondent for several years and also reports on the main news bulletins on BBC 1.