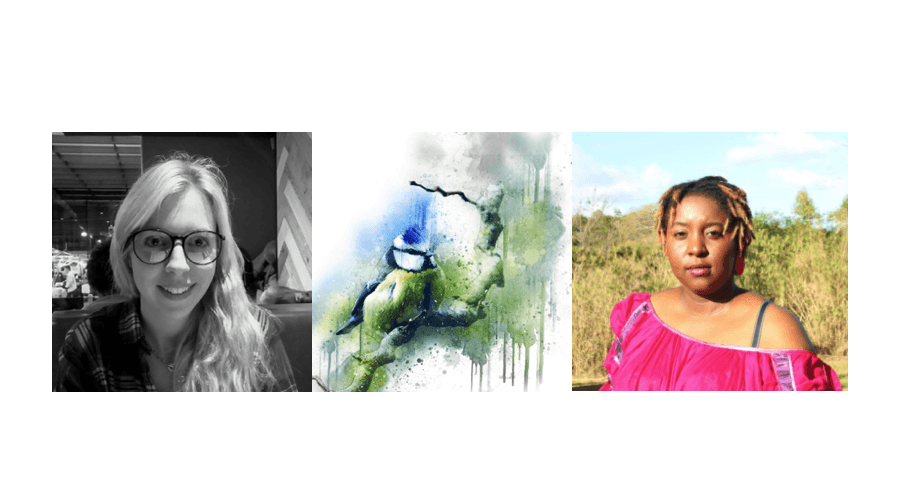 By Wasafiri Editor on November 11, 2019 in Articles

The winners of the Queen Mary Wasafiri New Writing Prize 2019, which celebrated its tenth anniversary this year, were announced at our 35th birthday festival, ‘An Island Full of Voices: Writing Britain Now’, at the British Library on 9 November. Judges Louise Doughty (Fiction), Nikesh Shukla (Life Writing), and Malachi McIntosh on behalf of Warsan Shire (Poetry) presented the winners with their prizes of £1,000 and read from the winning works.

The winners of the 2019 Queen Mary Wasafiri New Writing Prize are:

The fraught intricacies of a mother-daughter relationship form the core of this story, woven from the fabric of day-to-day life, shared cooking, childhood memories—and the differences of age and culture that flare up in the face of a new and unexpected relationship. Nikesh Shukla commented that, ‘This is a hugely engaging story. The complexity of the relationship between the mother and the daughter really sings.’

Alicia Mietus is a second-year Creative Writing MA student at Birkbeck University. She has read her work at MIRLive, the Mechanics Institute Review spoken word event, and current interests include the immigrant experience, cultural and generational clashes, feminism and identity. She is working towards a short story collection and also has interests in screen and play writing.

‘Natural Causes’ deftly narrates two parallel stories: of the narrator’s discovery of a dead blue tit in her garden, and her reflections on the death of a close friend, whose death—of natural causes or by suicide?—is an unresolved presence in her life. ‘“Natural Causes” is a really brilliant piece of writing which doesn’t go where you expect, but moves seamlessly to and fro’, said Chair of Judges Susheila Nasta.

Ruby D. Jones has been widely published and placed in a number of competitions. She is working on her first book, an essay collection on the body and its unruly desires, for which she was awarded Arts Council funding. Born in the South Wales Valleys during the 1984 Miners’ Strike, Ruby now lives in Cardiff.

‘Picong’ is a Trinidadian word for taunting, and this poem addresses the experiences of colourism and cruelty that are so insidious and ubiquitous, not only culturally but within families. Written in tight, controlled, and rhythmic verse, Warsan Shire called ‘Picong’ ‘a beautifully written and important poem, honest and striking.’

Desirée Seebaran is a Trinidadian writer. Her work has been shortlisted for the 2014 small axe literary competition (poetry) and shortlisted in Frontier Poetry’s Award for New Poets Contest 2017. She’s been published in Cordite Poetry Review 81 (May 2017) and by Anomalous Press, Moko Magazine and Interviewing the Caribbean journal in 2019.

Due to the excellent quality of the shortlist, the judges chose to specially commend a second writer in each category. These were:

Erica Sugo Anyadike ‘How to Marry an African President’ (Fiction)

The winning entries will be published on our website throughout this month. With press enquiries or to interview our winning writers, contact: Emily Mercer at e.mercer@qmul.ac.uk