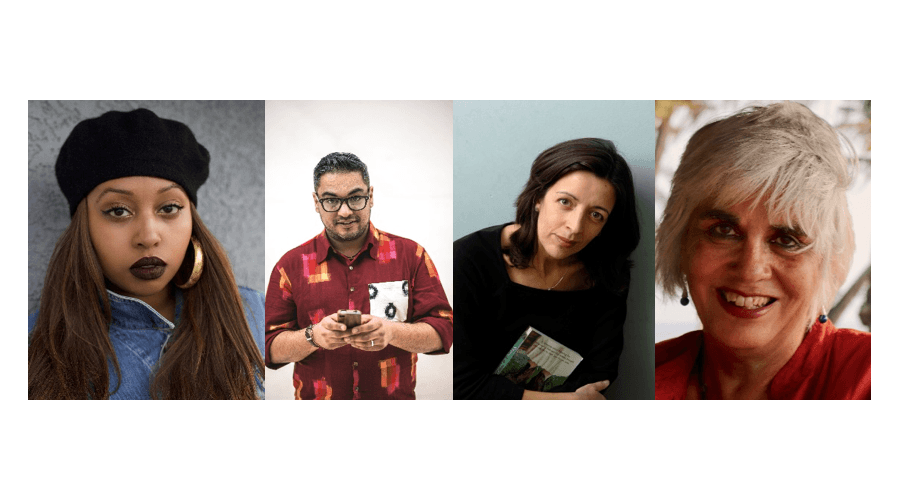 By Wasafiri Editor on October 1, 2019 in Articles

The shortlist of the Queen Mary Wasafiri New Writing Prize 2019 has been announced, with five shortlisted writers each in the categories of Fiction, Life Writing, and Poetry. The winners will be announced on 9 November 2019 at the British Library as part of our 35th birthday celebrations: ‘An Island Full of Voices: Writing Britain Now’. The prize judges – Louise Doughty (fiction), Warsan Shire (poetry), and Nikesh Shukla (life writing) – will announce and read from the winning entries.

The prize was launched ten years ago to support new writers, with no limits on age, gender, nationality or background. In 2019, the prize attracted record-breaking number of entries from 46 countries with submissions doubling since 2017,  in part thanks to support from Queen Mary, University of London, and Routledge, which has allowed us to increase the prize money from £300 to £1,000. Winners will also be published in Wasafiri and offered participation in the Chapter and Verse or Free Reads mentoring schemes in partnership with The Literary Consultancy (dependent on eligibility). Of the shortlist, Founding Editor and Chair of the Judges, Susheila Nasta, said: ‘It’s an exciting time for Wasafiri and for the prize. Once again, we have had a range of distinctive new writing. The shortlist in all genres was not only engaging, diverse and ambitious but speaks to the times.’

The judging panel praised the high quality, maturity, and beauty of the longlisted pieces. ‘The shortlisted works of fiction are all notable for their verve, their confidence and their command of imagery and language.  Each of these writers is not only accomplished – they have something to say,’ said fiction judge Louise Doughty. Life writing judge Nikesh Shukla remarked that the shortlisted pieces in his category ‘All did that brilliant thing of taking small things and then using them to tell us something about the world,’ while poetry judge Warsan Shire described the shortlisted poems as ‘The ones that stayed in my head; that left a ghost behind.’

The prize was established in 2009 and is open to writers from all over the world. The shortlisted writers for this year’s prize — which is now in its tenth year — from eight countries across five continents, are:

Erica Sugo Anyadike (Kenya) ‘How to Marry an African President’

Join us for the announcement of the 10th Queen Mary Wasafiri New Writing Prize at our 35th birthday festival, ‘An Island Full of Voices: Writing Britain Now’ at the British Library on 9 November 2019.