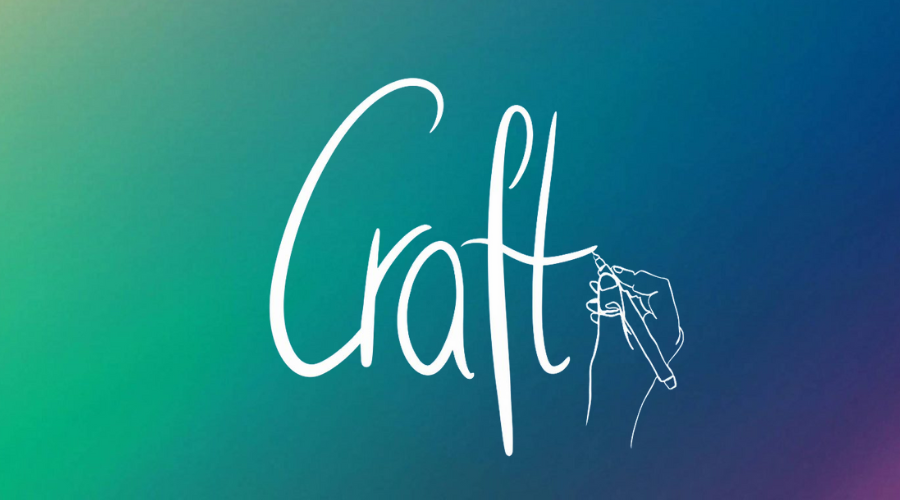 Over the last year, Wasafiri’s Publishing Director, Malachi McIntosh (with support by members of the Wasafiri team) has been hard at work designing and recording Craft – a literary podcast featuring a range of international writers, including Daniel Mella, Chen Chen, Bernardine Evaristo, and Raymond Antrobus. Craft removes the constraints of the interview form, allowing guests to explore their work and processes on their own terms, and creating an immersive and intimate experience for the listener. The first episode, featuring Nina Mingya Powles, was released on streaming platforms on November 3.

See all our episodes as they’re released, and our trailer, below. 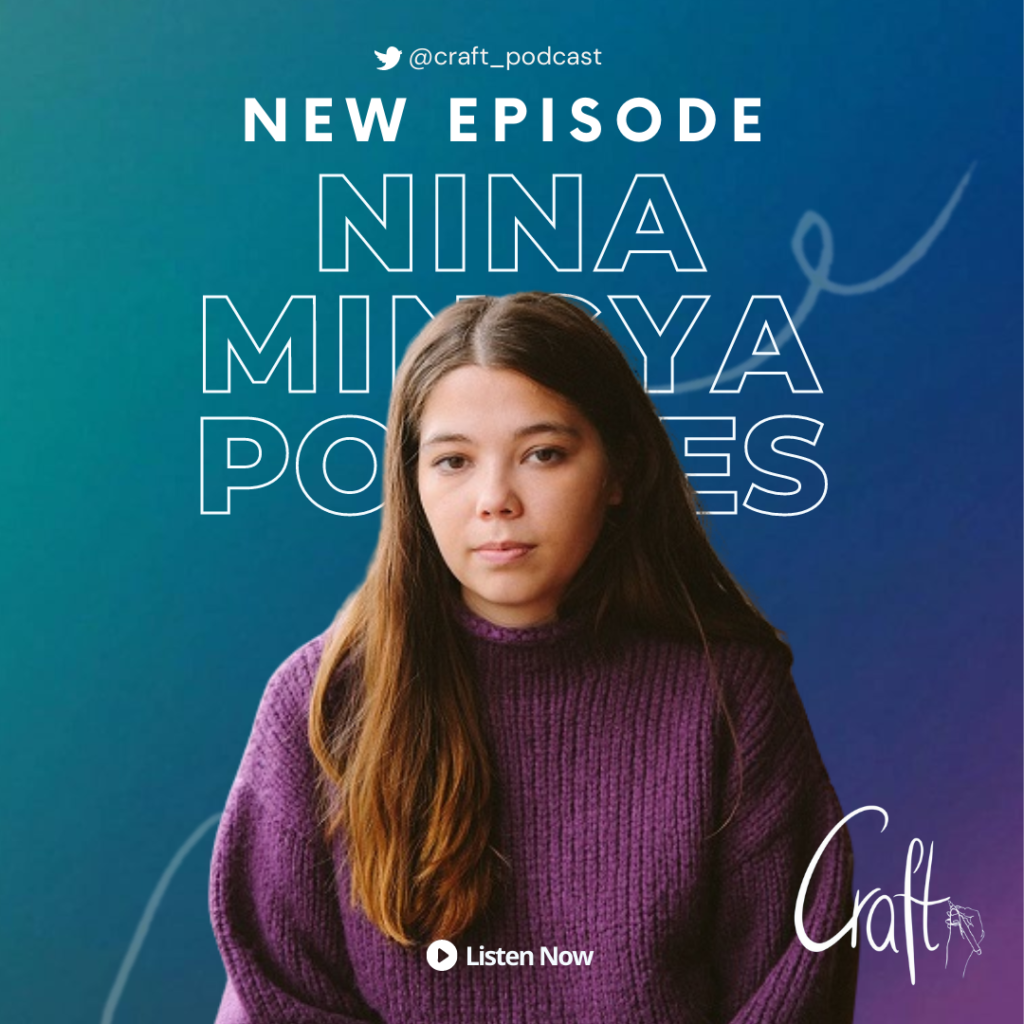 Nina Mingya Powles is a writer and zinemaker from Aotearoa New Zealand. In this wide-ranging reflection on writing her memoir and travel diary Tiny Moons, she discusses trying (and failing) to become more Chinese in Shanghai, the language of the body, and the politics of the untranslated.

In 2018, Nina was one of three winners of the Women Poets’ Prize, and in 2019 she won the inaugural Nan Shepherd Prize for Nature Writing and the Landfall Essay Competition. She is also the founding editor of Bitter Melon苦瓜, a very small press that publishes limited-edition pamphlets by Asian poets.

Tiny Moons: A Year of Eating in Shanghai is published by Birmingham(UK)-based publisher The Emma Press. Nina’s latest book is Small Bodies of Water.

Here’s some bonus content (and ASMR) of Nina cooking and reading from the diary that inspired Tiny Moons:

You can access and read the transcript of Nina’s episode here. 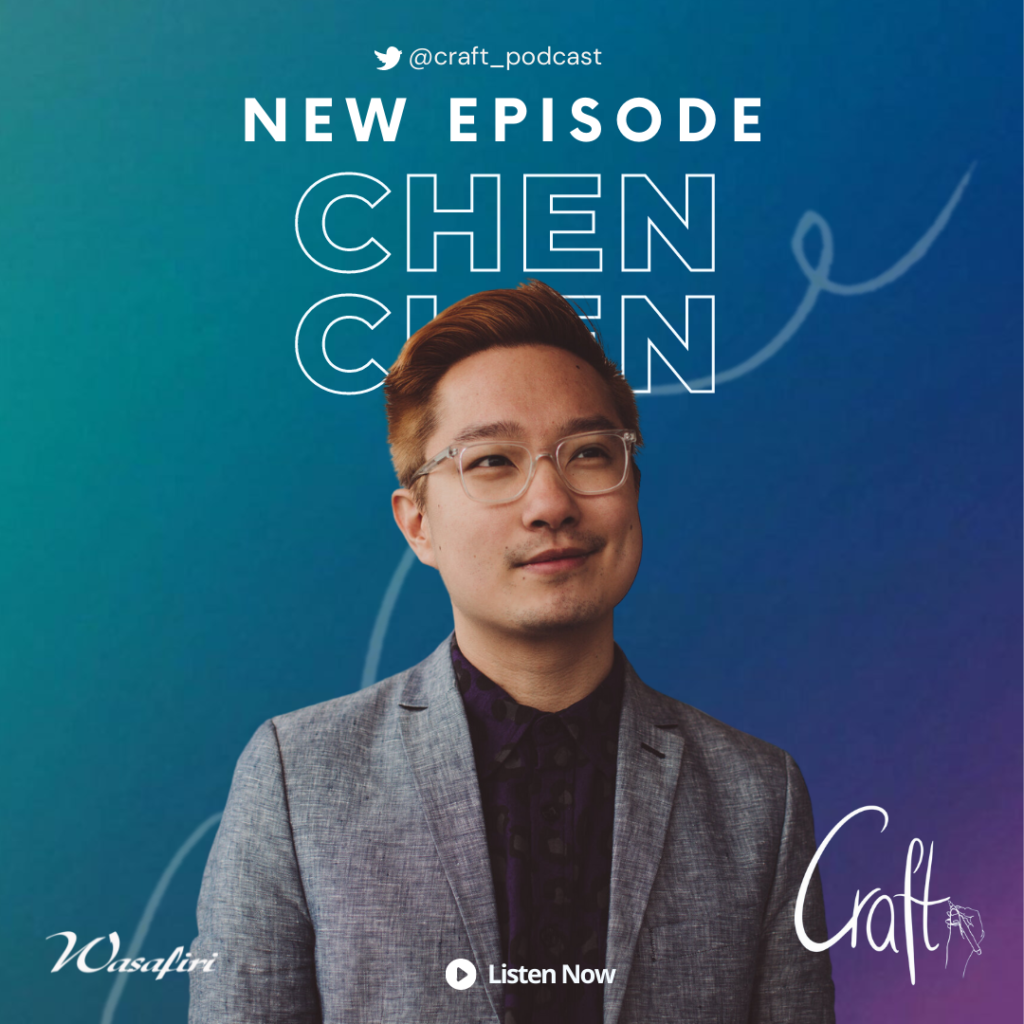 Chen Chen is an award-winning poet based in the United States. In this episode, he talks about the composition, editing, re-editing (and re-editing), process of his poem ‘Nature Poem’ published in his debut National Book award longlisted collection When I Grow Up I Want to Be a List of Further Possibilities (BOA Editions, 2017 and Bloodaxe Books, 2019). On apocalyptic pineapples, giving yourself permission, and what writers can learn from Marie Kondo.

‘Sometimes you have to make mistakes, you have to allow yourself to go on tangents, on little side adventures … and then return home.’

Chen’s forthcoming book is Your Emergency Contact Has Experienced an Emergency (2022).

You can access and read the transcript of Chen’s episode here. 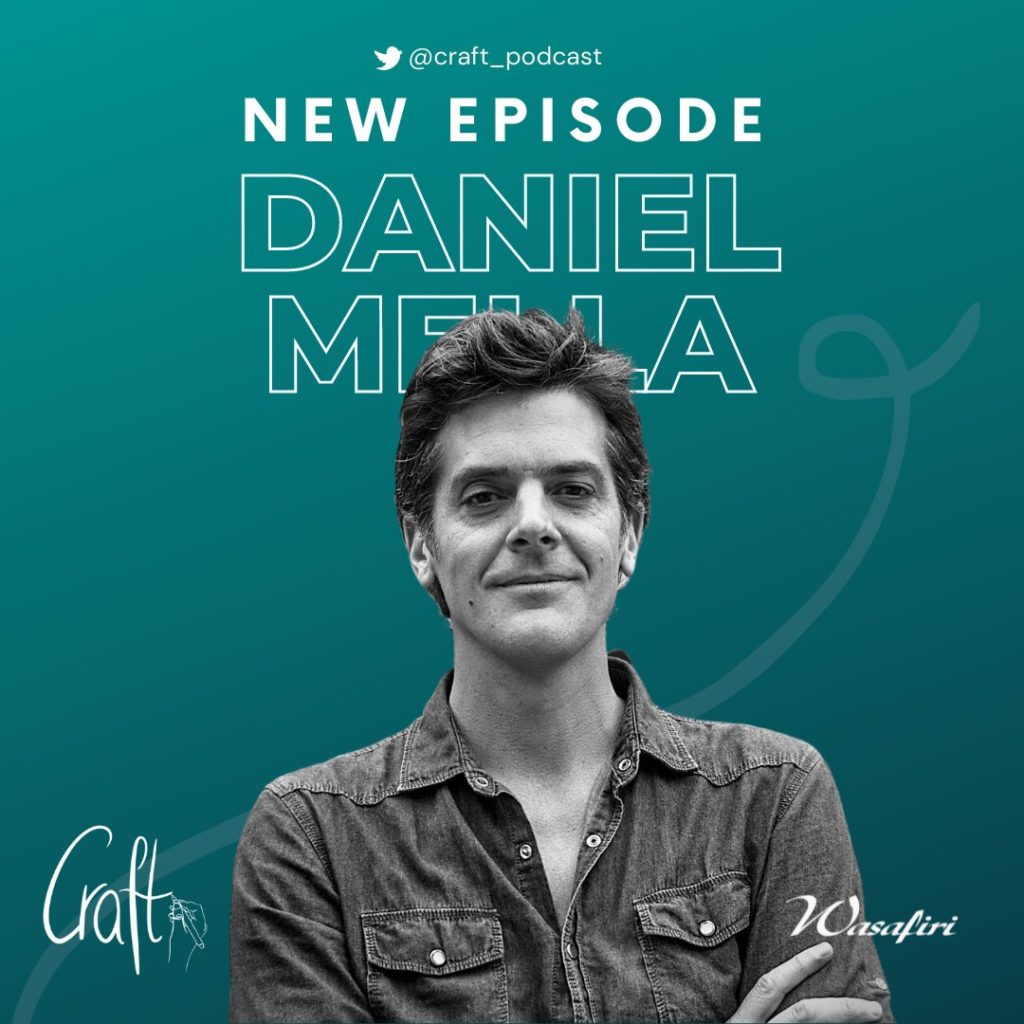 Daniel Mella is one of the leading writers in contemporary Latin American literature. Born and based in Montevideo, Uruguay, he is a two-time winner of the Bartolomé Hildago Prize. His autofiction novel El Hermano mayor (2017) is his first translated into English, by Megan McDowell, as Older Brother (Charco Press, 2018). In this episode, he discusses the difficult process of converting the real-life tragedy that inspired the novel into a fictionalised account, the dangers of viewing the world through aesthetic eyes, and the revelatory power of dreaming. ‘It wouldn’t have been a true book if it was only sad.’

Here’s some bonus content of Daniel Mella talking about using the future tense to articulate the past — a signature feature of his novel Older Brother.

You can access and read the transcript of Daniel’s interview here. 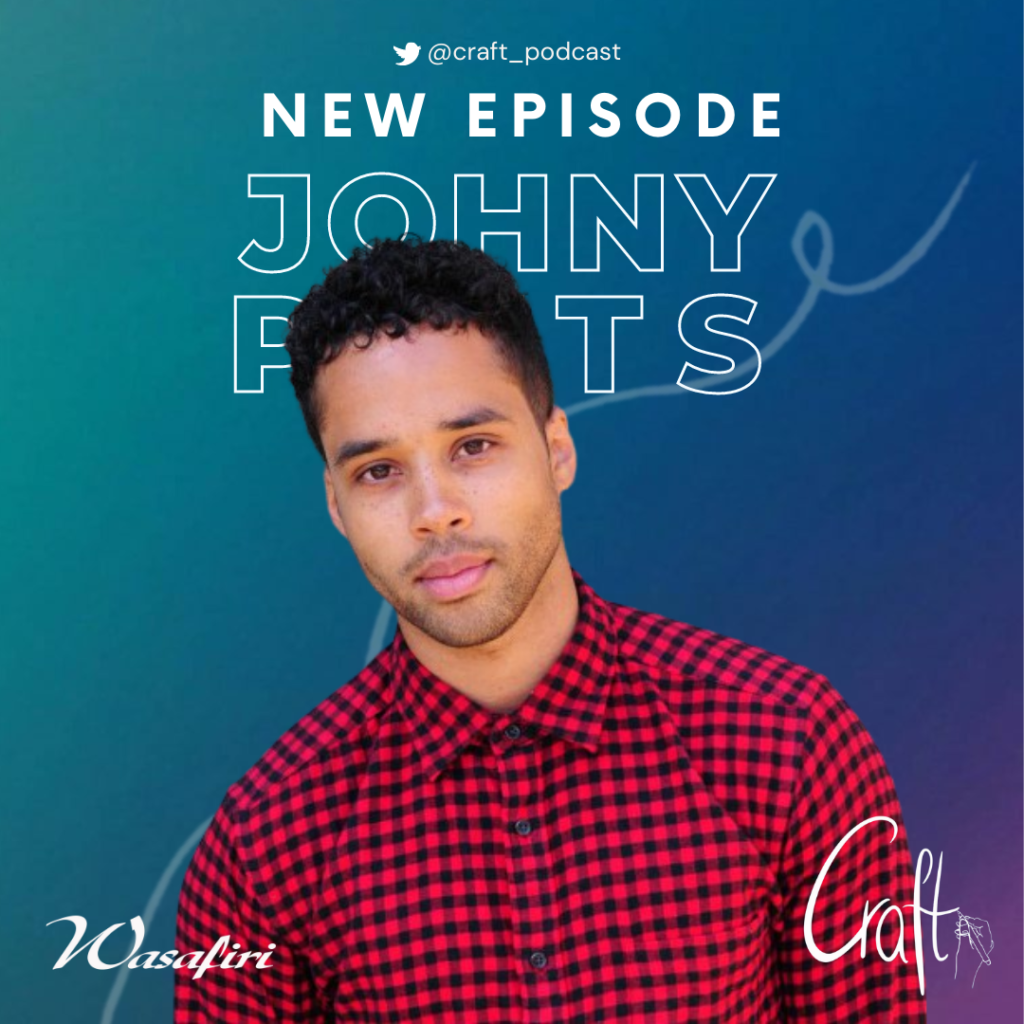 Johny Pitts is a multiple-award-winning writer, photographer, and broadcast journalist, originally from Sheffield, England. His first book, Afropean (2020), combines travel writing, photography, history, and slices of memoir into a nonfiction work that seeks to sketch the many lives lived by Black people in contemporary Europe. In this fascinating interview, he tells the story of how he moved from wandering the streets and record stores of his hometown, lost, to becoming the head of continent-wide network of Black writers committed to capturing their experiences in Europe – in all their beauty and challenge.

‘Who are the members of the Black community living in a place like Frankfurt?’

Here’s some bonus content of Johny Pitts on photography:

You can access and read the transcript of Johny’s interview here. 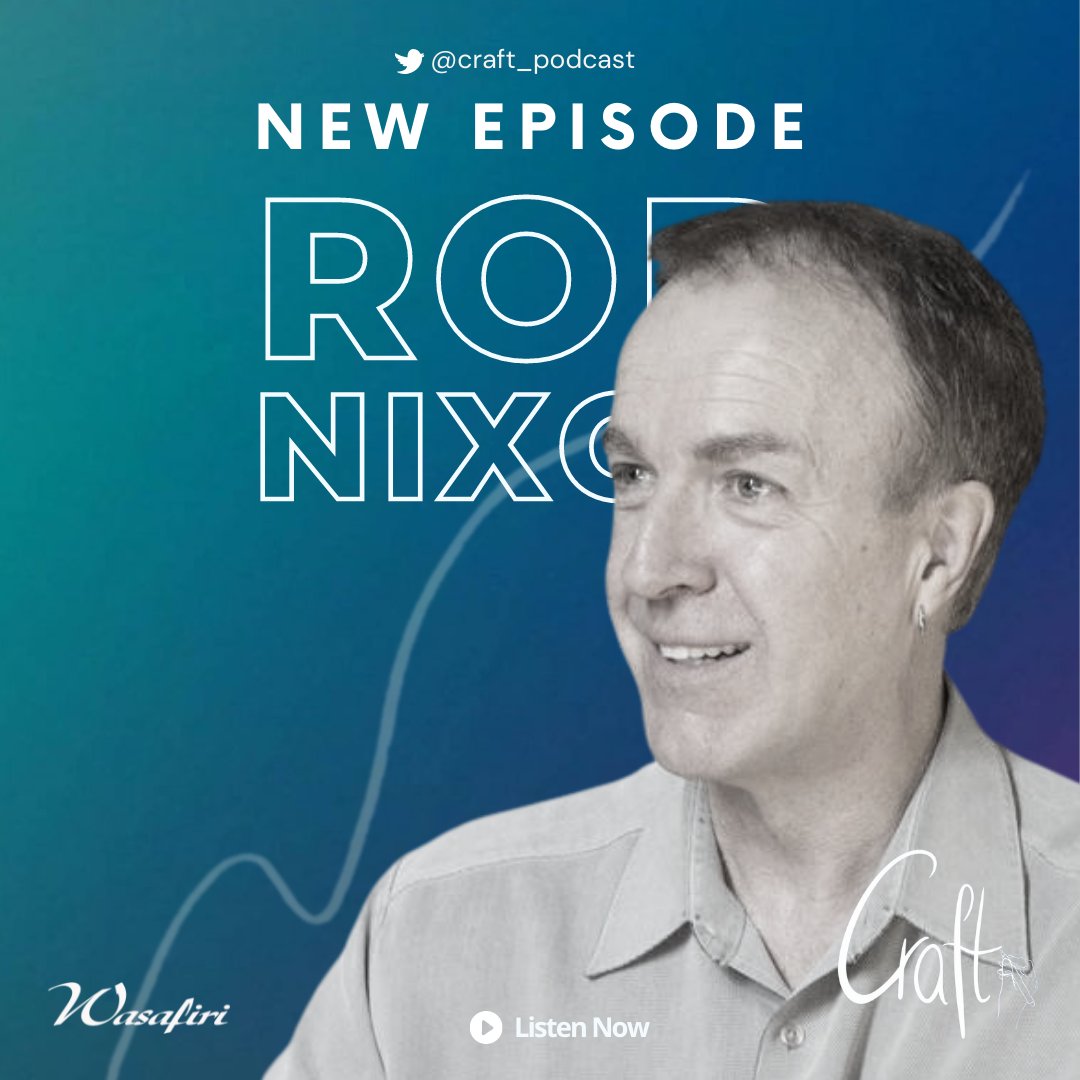 Rob Nixon is the Currie C. and Thomas A. Barron Family Professor of the Humanities and the Environment at Princeton University. His fourth book, Slow Violence and the Environmentalism of the Poor (2011), uniquely made waves across the academic fields of the humanities and in the world of climate change activism. In this episode, Rob details the book’s origins in his campaigning for the release of Ken Saro-Wiwa, in his anti-apartheid activism, and in his writing about the nuclear aftermath of the US-Iraq War.

‘This is a book that didn’t intend to become a book.’

Here’s some bonus content of Rob Nixon on institutional changes, productivity, and the value of mulling:

You can access and read the transcript of Rob’s interview here. 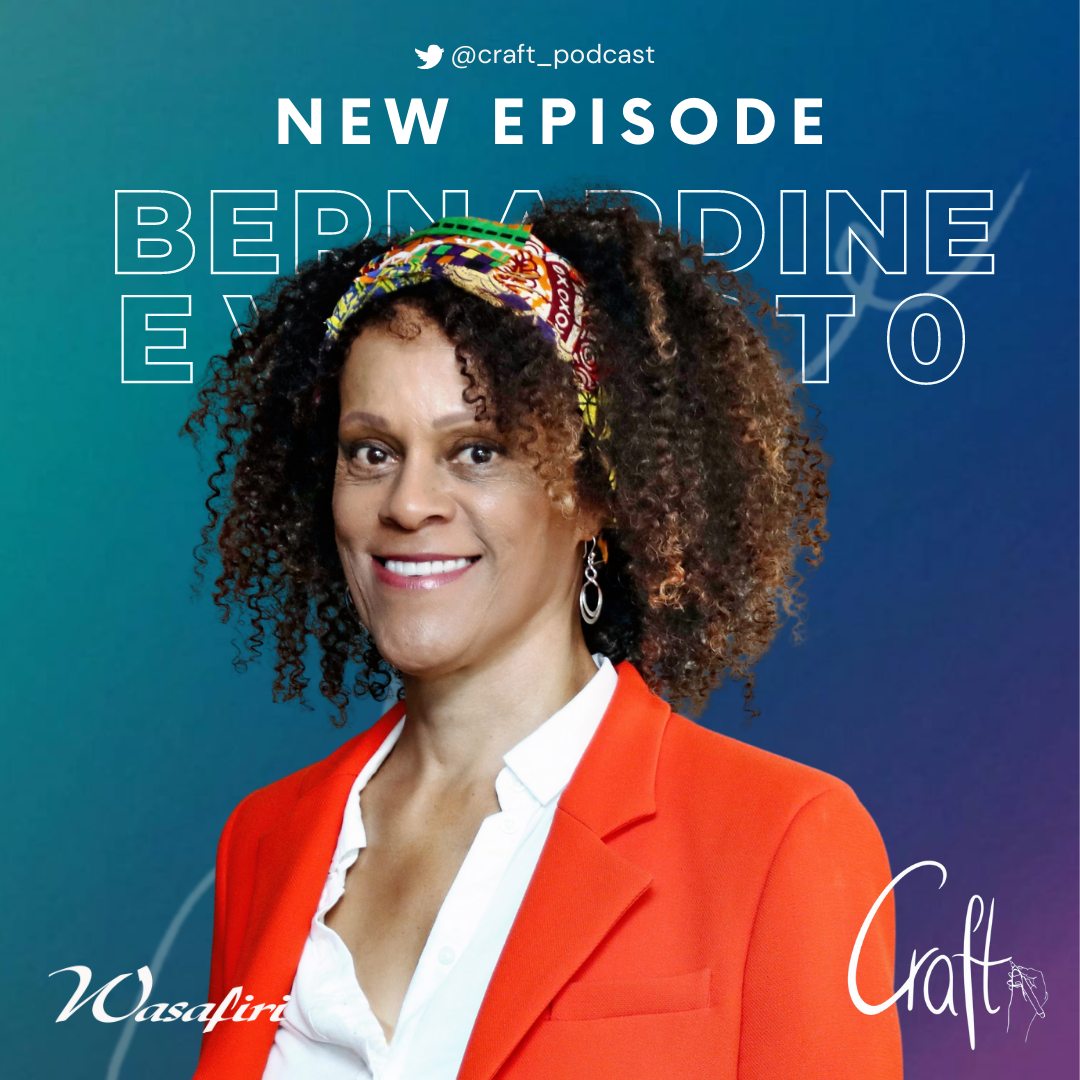 How do you tell the story of those who haven’t had their stories told? Bernardine Evaristo is a Booker-Prize-winning novelist and decades-long champion of up-and-coming writers. On this episode, she describes her own early career: her years of drafting, redrafting, publishing, then redrafting again, her first verse novel Lara (1997 & 2009). Written in the narrative poetry form that has become her signature, Lara spans generations and continents to present the origins of a mixed family much like Bernardine’s own. Her first foray into novel writing, it charted a course and explored themes that would define her career.

Here’s some bonus content of Bernardine Evaristo on the importance of reading your own work aloud:

You can access and read the transcript of Bernardine Evaristo’s interview here. 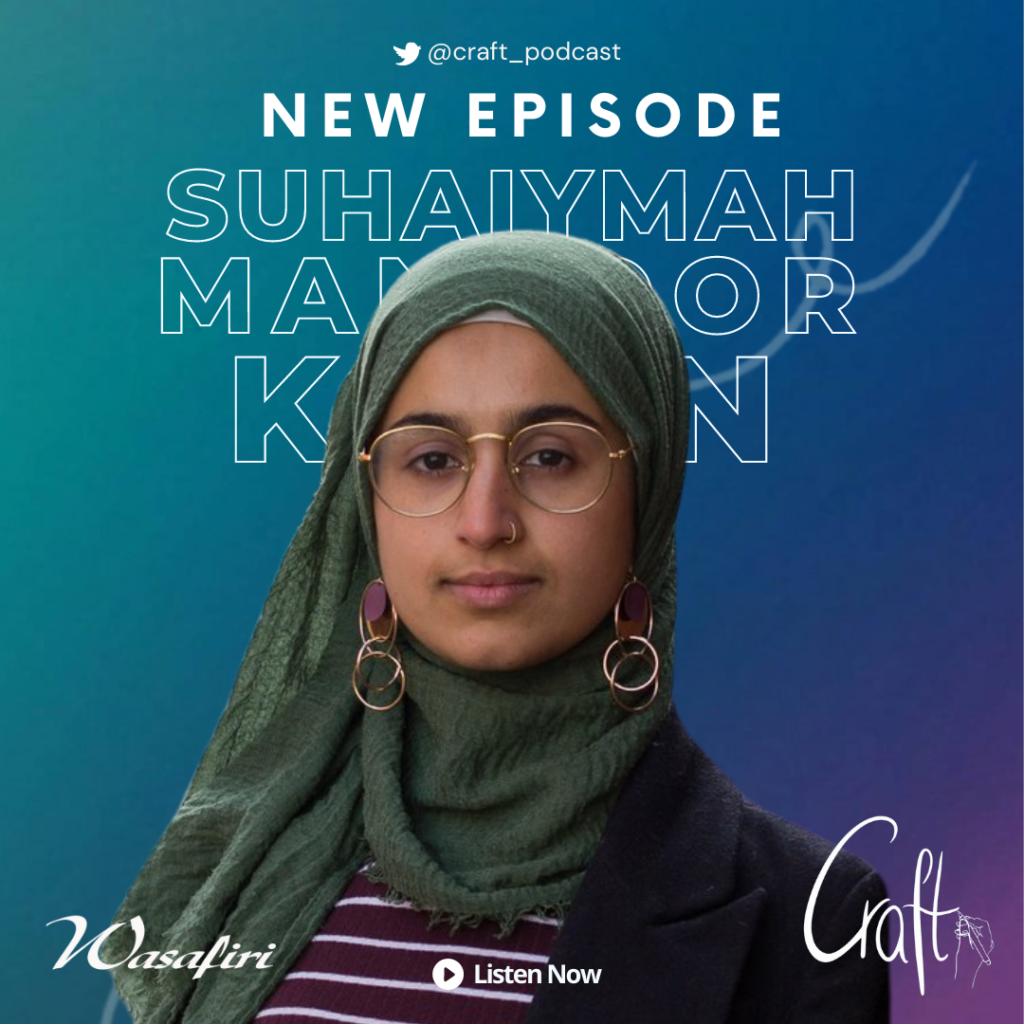 Suhaiymah Manzoor-Khan burst onto the international poetry scene when a recording of her performance of her Islamophobia-excoriating ‘This Is Not a Humanising Poem’ at the 2017 Roundhouse Poetry Slam went viral, gathering over two million views online. Since then, she has become an outspoken critic of the marginalisation of Muslims in Britain, an educator, and a writer of renown, with work published in The Guardian, The Independent and several anti-racist anthologies, and performances around the world. She is the co-author of A Fly Girl’s Guide to University: Being Women of Colour at Cambridge and Other Institutions of Power and Elitism, and the author of Tangled in Terror: Uprooting Islamophobia. In this episode, she discusses her first poetry collection, Postcolonial Banter. An intimate description of Suhaiymah’s turn to poetry to tackle her feelings of exclusion at Cambridge University, and her development as a steadily more reflective artist, this episode charts her ongoing battles against simultaneous hyper-visibility and silencing and the increasing ambition of her writing.

‘My voice is the only place I can lay guidelines on how I want to be seen.’

Here’s some bonus content of Suhaiyham Manzoor-Khan on her blessings, and identity:

You can access and read the transcript of Suhaiymah Manzoor-Khan’s interview here. 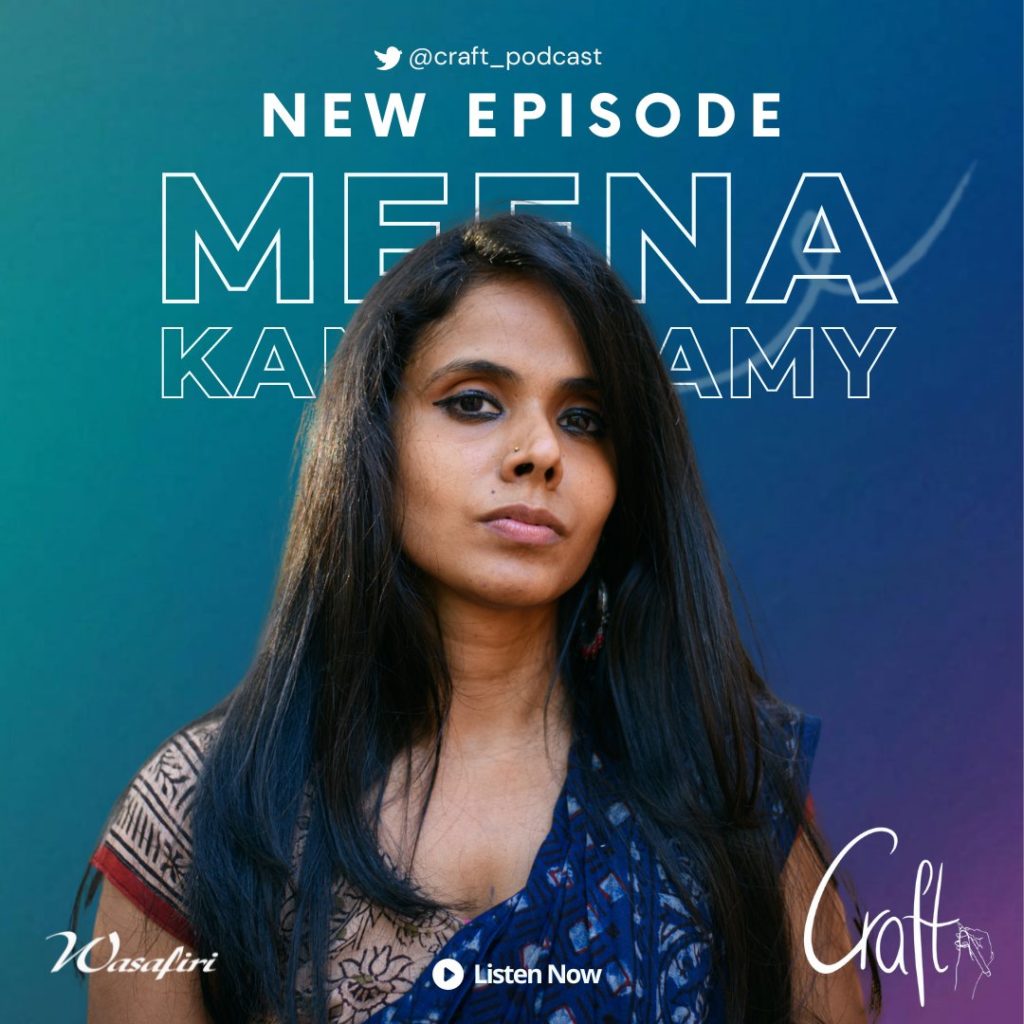 Literary translations are everywhere, but how and why they’re undertaken is often hidden. In this special episode, that coincided with the beginning of Women in Translation Month, poet and novelist Meena Kandasamy explains her routes into and through her translation of Tamil writer Salma’s novel Women Dreaming. The book details the experiences of an extended family of Muslim women who live and long in a small village, and who are forced to confront cultural and practical obstacles to the attainment of their dreams. In this episode, Meena discusses Salma’s reputation and importance in India, the way the translation of her work lived alongside major events in Meena’s own life, and the political stakes of a book that some critics dismissed as a simple narrative of tearful women.

‘Translation is an activity of love and trust.’

Here’s some bonus content of Meena Kandasamy on the reception of Women Dreaming:

You can access and read the transcript of Meena Kandasamy’s episode here.