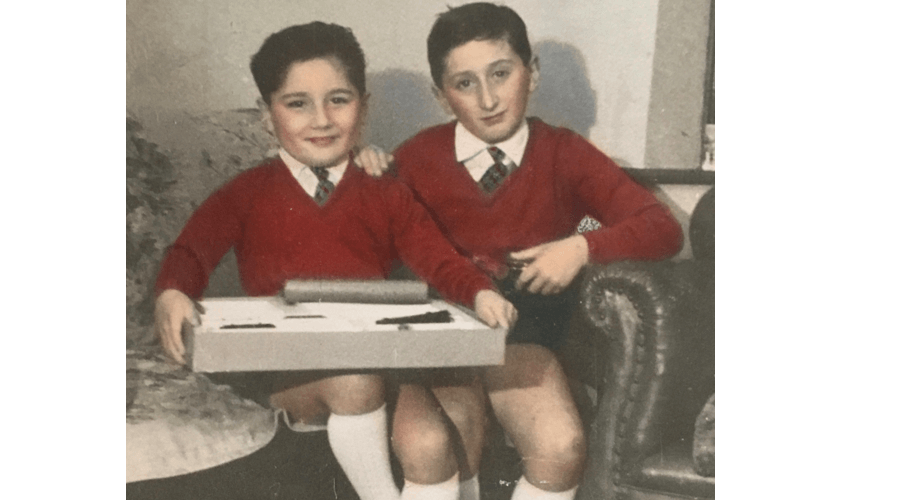 Since the late 1980s, the poet George Szirtes has published many collections of poems including the monumental New and Collected Poems (2008). His latest publication is The Photographer at Sixteen (2019), a memoir of his mother’s life recounted in reverse and based on many photographs. Szirtes was trained as a painter but gave up painting for a literary career in 1984. He continues to explore the visual arts in his poetry, as suggested by the titles of four of his books: The Photographer in Winter (1986), Blind Field (1994), Portrait of My Father in an English Landscape (1998) and Reel (2004).

This interview was conducted between the 3 May and 20 June 2017, prior to the publication of The Photographer at Sixteen, and featured in full in Wasafiri 99.

Antony Huen for Wasafiri: In his book Poetry in Exile: A Study of the Poetry of W.H. Auden, Joseph Brodsky and George Szirtes (2004), Michael Murphy argues that photographs and photography serve as ‘an intermediary between history and memory’, offering both ‘the means and subject matter’ in your poetry. Does this seem right, and, if so, has this always been the case, or is it something you became aware of at a particular moment? How important are photographs and photography to you as poet?

George Szirtes:  I have read and written a good deal on photography. My mother (who took her own life in 1975) was in fact a photographer and the earliest evidence I have of her life, as of mine, consists of the photographs she saved. In that respect she is both agent and subject, a potent personal mixture. I call those photographs evidence but it is never quite clear what a photograph is evidence of except of mortality in that it is the record of one moment of light that happened just once and hasn’t happened since. I should add that my first book, The Slant Door (1979) contained many poems about paintings and only a few about photographs. It was not till the 1994 book, Blind Field (a term taken from Barthes’s Camera Lucida) that photographs became the dominant term of visual reference. I have written fewer poems about specific photographs in recent years but I have completed a prose memoir of my mother that is very closely based on photographs, including the earliest ones I mentioned at the start. Murphy is essentially right regarding photography as intermediary; it’s just that it is so to different degrees, in different ways, at different times.

Did you learn about photography when you studied art? How do you see yourself as a painter-turned-poet? How would you compare your paintings and poems? Do paintings matter as much for you as photographs as visual stimuli or analogies for poetry?

I had only minimal formal instruction in photography. I knew how a conventional photograph is produced both in the dark room and at the light box having seen my mother retouch and hand colour photographs in my childhood, so was aware of the process. I was in fact a poet before I studied art and the two activities were rarely connected in any direct way. They remained distinct activities. I never illustrated my own poems or wrote about any of my art. The two seemed to me different languages requiring different faculties. Painting and photographs appeal to me equally but differently. I think of painting primarily as construction, of photography primarily as recording. I am as likely to write through contact with one as with the other.

In one of your early essays, ‘A Dual Heritage’ (1986), you wrote that you had ‘an instinctive fascination with the caught and frozen moment’, and aspired to ‘move out of this petrified world and beyond the limitations of diffidence’ (10). More recently you told the British Council [in your author statement on their website] that, ‘I must have imagined the world opening out from some complex stillness… I write now because I hope such openings are still possible’. Could you say more about what such openings and unfoldings mean for you?

It’s hard to get back into something I wrote thirty years ago with anything like certainty, but the second quotation serves as the basis for the first. I have argued since that stories are products of the world in movement while poems are the world in stillness, that if stories are rivers, poems are lakes. That simplifies matters rather too much because even in a short lyric poem something is obliged to change but that change in a poem amplifies a state of affairs rather than, as in a story, the results of change. A poem is ‘what is this’? A story is ‘what happens next’?  By talking of the world ‘opening out from some complex stillness’ I probably meant that I understand myself to be a poet by nature not a story-teller, and that since photographs present themselves as single but complex states of affairs photography offers a particularly apt analogy for poetry. As to why I should prefer stillness that is a psychological question that is hard for me to answer. Maybe stillness allows a certain detachment and a better way of engaging with one’s own complex state of affairs…

To buy a copy of issue 99 of Wasafiri, go to our online shop.Wasafiri is also available to purchase on Kindle.