On Evil (Crime in the Academy) 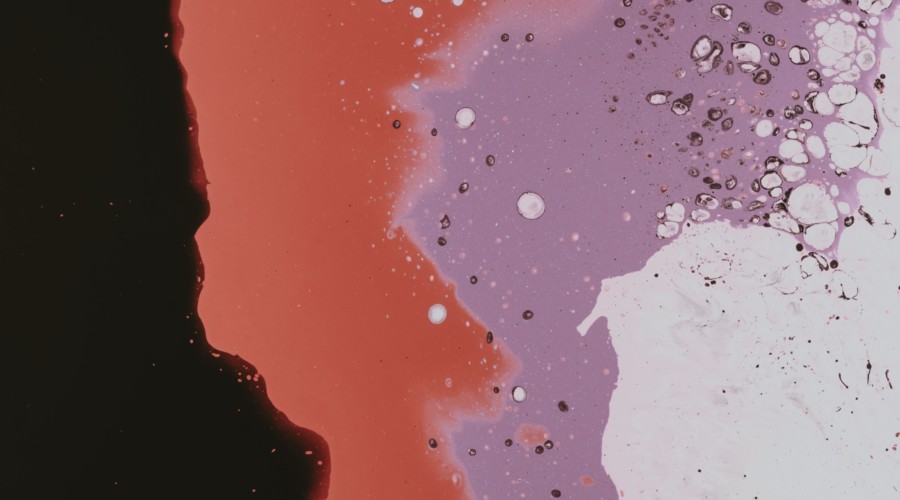 By Wasafiri Editor on November 2, 2021 in life writing

In this powerful, experimental personal essay, Elizabeth Chakrabarty writes about her decision to leave academia in order write fiction, and how the traditional narrative arc of a crime novel created space for her recovery. Her piece sharply interrogates the racist, often-ignored underbelly of higher education, and meditates on how the act of creation can serve as a pathway to regaining autonomy and closure in the wake of an act of racial violence.

The arc of a crisis, as perceived within institutions, is that crisis shifts through stages: confronting the conflict towards resolution and returning to the status quo, and thus recovery. An echo of the classic three-part narrative theory, which I have always visualised as a protagonist’s climb up and then down a mountain; an arc of tension towards a desired goal. Based on my experience, and others who have experienced diversity and equality issues in the workplace, the ethnic minority or othered experience reflects a different narrative shape from the one reflected in institutional policies: the idea that when something goes wrong with the world, it gets called out, and things go happily back to normal.

We might more easily visualise our experience of a crisis as a mountain range. A series of peaks and shards of ice to negotiate your way around, continually being perceived as outside of the status quo. My experience of a series of hate crimes in the academy was regarded as a crisis by others – something to be dealt with and then closed down. But there never was any closure. The perpetrator was never discovered. This was another crisis along the continuum of my lived experience of day-to-day racism.

To write about that specific experience within a continuum of racism, I was confronted with the question of how to describe this new, more extraordinary, more emotionally draining brand of racism, awakening elements of my past childhood trauma, intermingled with this ongoing trauma. I started writing a literary crime novel inspired by my experience of racist hate crimes, but imagining another protagonist – and an antagonist. Within the closed arc associated with the genre, I found my author’s voice interrupting that narrative, fragmenting it like shards of ice tripping me up as I climbed along the mountain range, impeding closure and recovery, and also the literary traditions of form, structure and voice.

2. Excerpt from The Indigo Press publicity for my debut novel Lessons in Love and Other Crimes (2021)

3. Evil in the Academy

Early on when I worked in academia, I was awarded a promising researcher grant. Very soon I came to grapple with the interpersonal machinations of what I would later come to understand as evil. I wrote peer-reviewed articles on my experience of racism, circling around that subject. Evil was a trendy topic in those days. After 9/11 and the ongoing ‘war on terror,’ I was never very far from an academic working on ‘evil’ or ‘terror,’ or an academic conference exploring the topic. There was a lot of funding in this field, and the institutions loved money. Of course, most of that money went to white academics and what are not called, but are, majority-white institutions — and these days that then-trendy topic, evil, would be called out as racist or Islamophobic. Now I am outside of the academy, it’s easier to look back and examine the evil I experienced there, reflecting the whole spectrum of racism possible between humans in any sphere. But there is nothing special about the academy. I have experienced racist micro-aggressions in all areas of my life.

4. Things white people have said to me when I was working as a teacher, lecturer or researcher:

‘You’ve spelled your name wrong. Chakrabarty is spelt with an i at the end.’

When I start to reply calmly to the latter person that actually I do spell my name correctly, and it’s funny as I’ve written an article that mentions people asking about my surname and whether I am related to the then-director of Liberty (or the BBC newsreader) whose names are spelled differently, someone else interrupts, telling me: ‘You shouldn’t reply like that, aggressively.’

‘Could you cover up and try to look more, you know … You’ll put off the Asian parents.’

‘Did you have an arranged marriage?’

On my published original writing:

‘But, of course, you didn’t write this yourself, did you?’

‘I was told to delete the reference to your work, and leave it like it was my original idea.’

‘I should introduce you to them — but, you know, I just don’t feel like it.’

On acknowledging the racist four-letter-word they heard addressed to a colleague by someone in authority:

‘Well, he was the boss — what could anyone say or do?’

evil adj 1 morally wrong or bad; wicked. 2 causing harm or injury … 4 (of temper, disposition, etc.) characterised by anger or spite … 9 (sometimes cap.) a force or power that brings about wickedness or harm.

I’ve had the beginning of what feels like a poem in my mind for ages: ‘When evil enters … ’

It comes to me when I’m relaxed, but then I suddenly remember what happened to me. I shiver, my shoulders tense, and my heart beats more quickly, like I should flee. There was something of the horror movie or Hollywood thriller in what happened. I’m thinking Hitchcock: men in suits and women immaculately dressed, people who on the surface are the respectable face of so-called Western Civilisation, in their respectable jobs in the world of the mind. But the world of work in Britain is just a continuation of the machinery of empire, colonisation and genocide. When the statue of Colston, a slave trader, was torn down in Bristol in 2020, the government decried that act, rather than the earlier evil action of slavery, by which Colston made his millions.

Of course, beneath Colston and other slave traders were all the people who were just getting on with their jobs — jobs financed by slavery and colonisation. But getting on with one’s job, as we know from the transcripts at Nuremberg analysed by Hannah Arendt, is never as innocent as that sounds. There’s a spectrum of evil in the workplace: from receiving an income derived from evil acts in the industrial or nationalistic machinery of genocide, through to taking advantage of the work of evil for personal sadistic gain, to the twenty-first century workplaces which have the requisite government-prescribed policies on equal rights (disability, race, gender), but pay lip-service to them in the actual workings of interpersonal relations in the workplace. Intersectional abuse is hard to get management to understand: generally the abuse happens when workers are alone, or it is anonymous abuse — what I experienced. The overriding issue is of course whiteness: the whiteness of the majority of workers in the academy. I don’t mean the cleaning, catering and admin staff, as like anywhere else these lower paid jobs tend to be more multiculturally balanced. The colour white has the cliché of innocence. Whiteness is a great disguise for getting away with evil.

When evil enters, it’s via a knock on your office door. You open it. You’re at work; you don’t have a choice.

Even now, even after everything that’s happened, you still get caught out. It’s that halo of what’s normal — and even you see it as normal, when you’re working. White skin has the ease of being what one is supposed to be, so it can get away with murder, the devil masquerading as an angel.

When evil enters, she’s alluring, so you can’t help opening your door wide; you embrace her — like Mr Evil, the smarmy one. Though your gut instinct tells you he’s trouble in a suit, you go along with others’ excuses: he’s fun to chat with down the pub; the problem’s you.

Even all these years later, being the victim of a racist crime in the workplace leaves me with a low-lying buzz of ‘what if?’  The external world doesn’t help: from this ongoing pandemic to the right-wing turn of national politics, where the Prime Minister gets away with racism and homophobia. Like other traumas, a crisis without any resolution is always there beneath the surface, returning when I’m confronted with a certain type of person — a particular kind of middle-class accent, a confident getting-away-with-anything demeanour. The memory of what happened is triggered by my senses. The sour smell of milky coffee that’s been sitting too long reminds me of the dark splash of coffee thrown at my office door, across my name, Dr Chakrabarty, typed on a piece of institutional white card.

Picking up my fountain pen, feeling its solidity in my fingers as I write my name on a new journal, at the top of a poem, or on the title page of a novel —  seeing my name printed there in black and white helps. Taking control of the narrative turns things around. It’s not about me but about them, the racists, wherever they are. There’s a lot of rhetoric in this country that it’s not racist to talk about immigration or cultural difference negatively, but also that it is racist to talk about white privilege. That rhetoric of course comes from a place of white privilege, and its ideology of white supremacy emerges from the voices of those who feel threatened by the idea of racial equality.

My novel Lessons In Love And Other Crimes contains the hope and romance of a queer love story. It is also about the tragedy of multiculturalism in the workplace in the twenty-first century. It explores a crisis of racism in academia; how white privilege is constructed through hierarchies and ethnic power imbalances within institutions, but also through interpersonal dialogue: how words hurt and divide us. The traditional structural arc of the novel creates space for recovery. Recovery is also present in its published form: leaving academia behind to concentrate on my writing was my un-traditional arc of personal recovery. I gave up on institutions to spend time with what I have learned from my experience and produced a novel with my name, Elizabeth Chakrabarty, on its cover.

Lessons in Love and Other Crimes by Elizabeth Chakrabarty is out now from The Indigo Press.

Photo by Pawel Czerwinski on Unsplash