Of Braids and Blades: Fighting the Ghosts of Kashmir 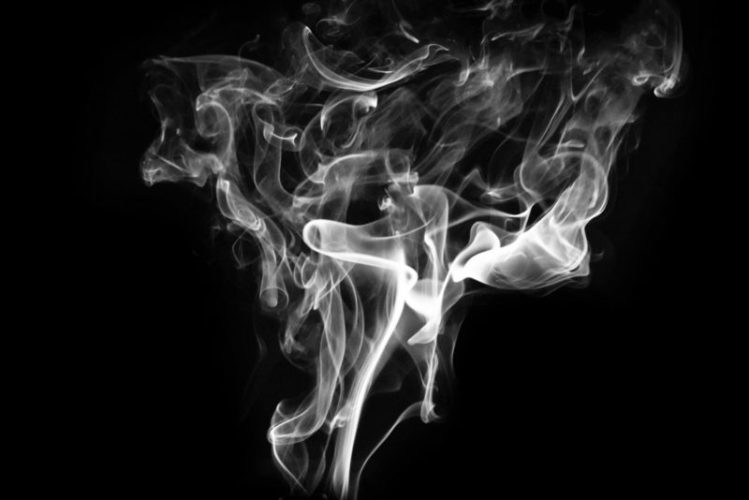 By Wasafiri Editor on September 11, 2019 in Articles

The essay by Amrita Sharma and Peerzada Raouf, and extracted from issue 99 of Wasafiri, is second in a series of ethnographic writings documenting events and practices that make the Kashmiri people’s resistance today. The protracted violent political conflict in the region has altered everyday routines in Kashmir as the region becomes a political and military laboratory for hyper-masculine discourses of nationalism and religion. Their writing hopes to capture transference of such meta-discourses in the everyday lives of people in the valley. These attempts will culminate in a book in the year 2020.

For a chronicler of memories, it might be most exhilarating to identify the exact moments in the lives of nations when the threads of their webs of power and control snapped and sliced open the veins of the beast we call the state. Such moments must attract euphoria of revolutionary dimensions and the delirious frenzy that goes with it. For such moments are few, but not rare. It’s because they are few that they oftentimes pass by unnoticed, uncelebrated. Last summer, standing at the cusp of one such moment, Kashmiris had brought the beast to its knees.

Its ghost hung by a few strands of their hair.

It is in the nature of oppressive, conservative structures to identify our weaknesses, our fears, and hang us with them. Beyond the routines of religion and the demands of honour lie the windless, dark recesses where the power of reason meets the weight of fables. Since reason is a privilege only a few can afford, demons and gods reveal themselves through ancient wisdom. From the hearts of the forests and the souls of the springs, djinns, paris and tasrufdars lurch along with the long-haired raantas with webbed feet that grow backwards. In the thickly wooded valley of Kashmir, these fears are entities that the unconscious fights each night after its struggles with the daytime forces of occupation.

Kashmir has its ghosts, both dead and living. What do armies do when there are far too many people to kill, even after far too many people have died? They huddle together, hide, attempt a social coup. In 1993, in the midst of one such moment, the Indian army sought the help of ghosts to stay alive.

Those were the days when a Reliance-Jio SIM-free valley worked like a large well-knit shahtoosh shawl that weaved in stories and gossip that spread like the cacophony of a thousand chirping birds.1 There was no internet to corroborate the news. Warnings and talks about alarming, odd and supernatural events travelled with urgency. These were times when the valley was a sea of darkness after sunset. When over forty thousand armed militants ruled the valley at night; when India ruled less than half the Kashmiri territory, for only half the time. A daytime, nine-to-five state. It was then that the army used folklore, fear of the dark and imaginings of the fabled Quranic djinns to capture the night.

People struggled to make sense of it. Sudden attacks by bhoot (ghosts) at night. In dark alleyways and in their rooms, they drew on stories of raantas and djinns to give shape, size and colour to these unseen entities.

‘It was the month of July in 1993 when I heard about a bhoot attacking people. I was twenty-nine years old. It was such a scare at the time! Children and I started offering nimaz five times a day and slept close to each other in the same room’, remarked Nasreen Amjad, who lives and works in Halsidar in south Kashmir’s Anantnag district, as a primary school teacher. She’s taught generations of girls and boys and almost everyone in the village knows her well. Being the only working woman in the village at the time, it was difficult for her to step out for work, considering there were stories that came in each day of new bhoot attacks. ‘There were few stray instances at first but gradually the number of people “seeing” it increased. Incidents started occurring close to our home and village. That made us nervous and we were so vigilant at all times. It started attacking people with its claws, leaving them injured before it disappeared into the night.’

She had two sons at the time and recalled those events with great interest as the rest of the family laughed. She gestured with her hands to show us the length of the bhoot’s nails, the family contributing to the memory fair. Laughs and smiles would, at times, turn grim as they all revisited the past, recalling specific moments which weren’t then a matter of fun.

As many narratives floated around about the bhoot as there were people. Each person had a story to tell or a detail to add. The well-known ones were that he wore black clothes, had long claws and spring shoes that allowed him to jump off rooftops and vanish.

‘We were so scared that we locked ourselves up in our homes and turned off all the lights by six in the evening. Every house in the neighbourhood had a pile of bricks and stones stacked in the attic and on rooftops to throw at the bhoot the moment he’d appear. We had some young boys keep vigil at night and carry lanterns. They were scared too and at times mischievous. One time they beat up an innocent visitor from another village. Another time, they pelted militants with stones at night, thinking they were bhoot.’

Nasreen’s son interrupted her narrative to share that he had piles of books ready to be dropped on the bhoot’s head if he entered through the window.

‘A month later it gradually became clear that the army was behind this since some of the bhoots were caught in a nearby area, named Breng, who were known to be working for the Indian army. Some of the victims caught a glimpse of the person and saw him wearing black robes, a mask, and carrying steel claws to injure people. Soon, the fear of the supernatural turned into a fear for life and well-being.’ Nasreen explained that she knows now that it was the army that started it simply because, ‘they benefitted from it the most. Who else would benefit from such acts?’

She continued, ‘Militants used to move at night and seek shelter in peoples’ houses. This made their movement difficult. Many militants were caught by villagers and pelted with stones. The army made use of such commotion and nabbed them, killed them.’ In the peoples’ histories of resistance, identification of culprits by the police has been no validation of a story. Nor has non-identification been any falsification. The only valid/true stories are the ones that identify the strongest chain of benefactors and their prey. It’s the most ‘objective’ account there can be of resistance and the details of everyday tactics and quirks that make an occupation. ‘We were told that djinns have been disturbed as someone crossed over into their world unannounced. Some others spoke about how army had polluted the sacred spring and now the paris of the spring were annoyed.’ Nasreen recalled that was the time when an army camp came up in their village and a notorious army officer had desecrated their spring. But she seemed certain that the army were the bhoots, tricking them into fear and submission. ‘Of course incidents of local mischief-makers surfaced too. Many had fun by scaring each other, most often the elders,’ she laughed with her recollections of the pranks her grandfather played on her devout mother-in-law. Later in the day, she led us to the house of a man, Irshad, who shared how he was beaten up back then because he’d gone to sneak into his girlfriend’s house at night. Now he’s famous in the village as “bhoot-mahraz” (the ghost-groom).

1In July 2017, the Reliance-owned mobile and internet network provider company Jio launched a country-wide scheme offering unlimited phone calls. Kashmiris purchased Reliance Jio SIM cards en masse and used its free 4G services to share information on social media about everyday atrocities in Kashmir. Owing to this increased online presence, internet services are routinely suspended for days. Despite the ways in which these services are being used as tools of protest, Reliance Jio is notorious for sharing private user data with the government.

To continue reading the full article, Of Braids, Blades and the Djinns of Winters Past: Fighting the Ghosts of Kashmir, click here.

To buy a copy of issue 99 of Wasafiri, go to our online shop.Wasafiri is also available to purchase on Kindle.