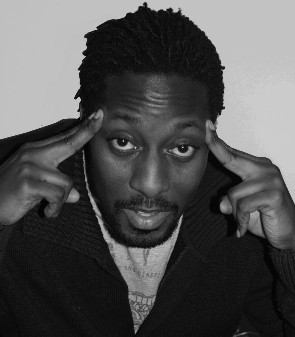 By Wasafiri Editor on January 17, 2015 in Articles

Overall winner and regional winner, Asia: Shehan Karunatilaka (Sri Lanka), Chinaman: The Legend of Pradeep Mathew (Random House)
Regional winner, Africa: Jacques Strauss (South Africa), The Dubious Salvation of Jack V (Jonathan Cape)
Regional winner, Canada and Europe: Riel Nason (Canada), The Town that Drowned (Goose Lane Editions)
Regional winner, Caribbean: Alecia McKenzie (Jamaica), Sweetheart (Peepal Tree Press)
Regional winner, Pacific: Cory Taylor (Australia), Me and Mr Booker (The Text Publishing Company)
Judging the Commonwealth Book Prize is the equivalent of jumping up one Saturday to do a marathon after a lifetime of leisurely twenty-minute jogs. A conservative estimate of the number of words one has to read is 50,000 (the minimum length of a novel) multiplied by 45 (the average number of books each judge has to read); that’s 2.25 million words to read in three months – 25,000 words per day. In isolated terms that’s fine, but when you have to do it every day – when the kids are crying, when you have to go out and teach, when your spouse needs to tell you about their day, when you have to go to Uganda to run a workshop you signed up for over a year ago – it becomes real pressure. And all that reading just to get to the shortlist!
This was my Commonwealth Book Prize judging experience; hectic, humbling, and occasionally harrowing. I was privileged to work alongside five other distinguished book people – Jon McGregor, Aysha Raja, Kei Miller and Emily Perkins, with Margaret Busby as the chair of judges. It was a phenomenal amount of reading, not always pleasant, but necessary. When you are judging a competition that could be life-changing for an author, you can’t succumb to pressure – each book must be read with attention and respect.
What I found was that I reverted, in the same way we can all curl into the safety of the foetal position, to the things I first fell in love with as a reader – dialogue, surprising prose and a yarn you can lose yourself in without trying to trace the lines of its thread. In a way, I became the boy in a corner of a shared bedroom in Accra that I was all those years back. If the conversations didn’t ring true, I started correcting them in my head. My peculiarities became my criteria. I don’t know what the other judges relied on, but somehow we came up with a shortlist that we largely agreed on. I think what I found most stunning is the range of work that appealed to me within the limits of my predilections, how a story can swivel on a phrase – go quiet, embrace the world, turn loud, lose its mind, curl into itself or ask to die. Within a region like Asia, I could skip along to the searching, quip-filled tempo of Shehan Karunatilaka’s Chinaman or CY Gopinath’s The Book of Answers, or be swayed by the quiet introspection of Jahnavi Barua’s Rebirth. In the Pacific, two tales of disappearance – Mette Jakobsen’s The Vanishing Act and Christopher Currie’s The Ottoman Motel – made compelling reading alongside Jeanine Leane’s Purple Threads, a story that was almost an anti-novel in its episodic style, but also a document against the disappearance of the Aboriginal experience in Australia. In Europe and Canada, I found myself making the compromises that a shortlist requires, loving some stories and resenting their tidiness at the same time, and wondering if I was less forgiving of the region because I knew it better than Asia and the Pacific. I asked myself the same question with the Africa region; having fed on a diet of Alan Paton, Mariama Bâ, Ngũgĩ wa Thiong’o and Bessie Head in my corner of that shared bedroom, was I a more critical reader of stories from Africa? In the end I was surprised by a selection of candid, intimate stories, engrossed in their own small battles – alcoholism (as in Ellen Banda-Aaku’s Patchwork), betrayal (as in Jacques Strauss’s The Dubious Salvation of Jack V) and an odd addiction (in Shelley Harris’s Jubilee) – and the collision of these battles with time and society. Regardless, I was disappointed by the number of books from Africa that had potential but had been let down by bad (or non-existent) editing. I had similar misgivings with the Caribbean, and as an editor it struck me how much of a difference an improved publishing infrastructure would make in these two regions with so many compelling stories to tell.
In the end, perhaps that is part of the role that the Commonwealth Book Prize plays; by rewarding the publishers and writers that put more work into producing good work, it might create what Ngũgĩ wa Thiong’o calls ‘healthy professional jealousy’ and compel other publishers to do better. For me, the revelation was the multiplicity of compelling stories and the number of ways in which they can be read and still emerge as outstanding. I don’t believe that on my own I would have come up with a shortlist much different from the one we ended up with, and that, for me, is amazing. And, of course, getting to the shortlist is the more painful part of the judging process. Beyond that we could go back to the readers we always were; we could let go, put our feet up, and anticipate the pleasure of escape.
—
Nii Ayikwei Parkes is a writer, editor, socio-cultural commentator, broadcaster and performance poet. A 2007 recipient of Ghana’s national ACRAG award for poetry and literary advocacy, he is the author of the acclaimed hybrid literary novel, Tail of the Blue Bird (Random House), which was shortlisted for the Commonwealth Prize. Nii’s Ballast sequence of poems, described in the Guardian as ‘An astonishing, powerful remix of history and language’, forms part of his latest collection, The Makings of You (Peepal Tree Press).
Share this...