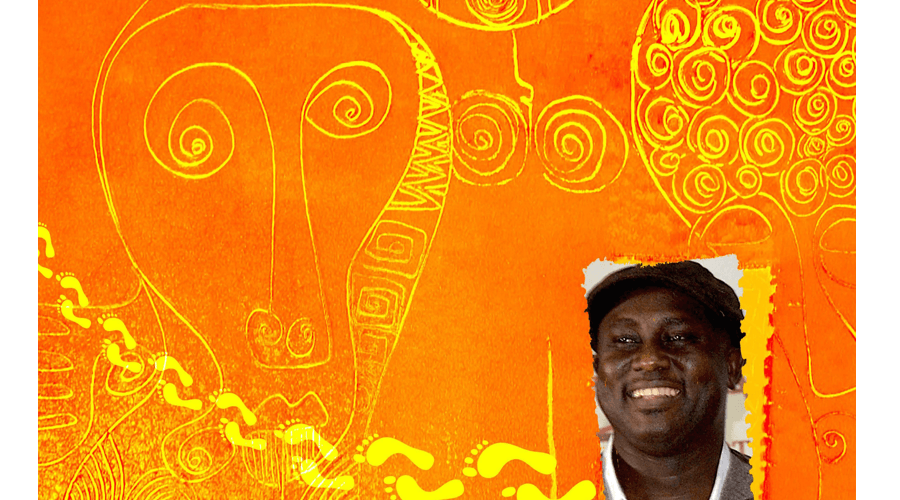 The last twelve months have been a terrible time for Nigerian literature.

First, in March 2019, came the death of Pius Adesanmi in the Ethiopian Airways crash. Adesanmi was one of the country’s brightest young writers and scholars, Director of the African Studies Center at Carleton University, Ottawa, and a superlative poet and satirist. Much anticipated is a collection of his keynote lectures, to be published posthumously and titled Who Owns the Problem? Africa and the Struggle for Agency.

Then came the death from a heart attack of the eminent literary scholar Tejumola Olaniyan, based in the US and editor of the Journal of the African Literature Association. Olaniyan was a critical theorist with a special interest in cross-disciplinary work; he wrote on African, African-American and Caribbean drama and produced a book on Fela. We also lost the dramatist Segun Oyekunle, author of Katakata for Sofahead, one of the first plays – published by Macmillan – to demonstrate that Pidgin was a language not just for knockabout comic plays but for serious, innovative drama. (The present writer saw a production in Johannesburg which had its predominantly non-Pidgin speaking audience simultaneously baffled and enthralled).

Most recently the poet and scholar Harry Garuba died after a long illness. In a career that had many parallels with that of Adesanmi, he was Director of the Centre for African Studies at the University of Cape Town, author of two poetry collections and of a string of innovative scholarly essays on, for example, different aspects of critical theorization, such as the challenges involved in periodizing Nigerian literature, and on the influence of written poetry on oral performance (yes, that way round!) in his L1 or mother-tongue, Edo. His weekly Poetry Club meetings were legendary, held every Thursday at a big student bar on the Ibadan campus; the present writer has somewhat Star lager-blurred recollections of how invigorating these were, and how skilled a group leader Garuba was, receptive, encouraging and, where necessary, firm. 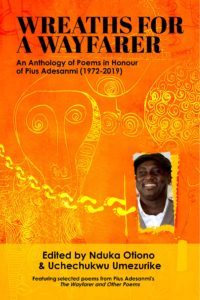 Adesanmi’s passing has been commemorated in a superb anthology of commissioned poems, Wreaths for a Wayfarer. This beautifully produced volume contains the work of 126 contributors, mainly from Nigeria, but also from other countries, ranging from Mexico, through the UK, to Sri Lanka; as Odia Ofeimun puts it in his foreword: ‘Pius Adesanmi was ‘my personal person’, as he was to so many people around the globe’ (xxv). It also includes a selection of poems from Adesanmi’s own collection The Wayfarer.

Nduka Otiono’s Introduction to the anthology is a model of its kind, eloquent, heartfelt and informative, with a great deal of valuable background material in footnotes. An especially pleasing touch, so much in the spirit of Adesanmi the dedicated mentor, is the editors’ decision to take on ‘budding poets . . . [a decision which] necessitated editing and working with such authors to help develop writings that might otherwise have been rejected’ (7). A little later, Nduka comments: ‘we conceptualized an anthology that will be enduring in its thematic range and stylistic variety. And we got one’ (8).

And so they did, in trumps. Many of the first group of poems focus on Adesanmi’s achievements, poems such as Iquo Diana Abasi’s ‘When an Iroko falls’, which commemorates Adesanmi’s work as satirist: ‘The spear was heavy but / You wielded it bravely, / piercing falsehood with precision’ (25; references to the Iroko tree and to the eagle seem to be unavoidable in Nigerian commemorative writing, though the poets here rise way above the hackneyed). Poem after poem has Adesanmi speaking truth to power. Rasaq Malik Gbolohan observes: ‘What remains after your exit is a broken door, / a room full of people cursing your country / and its leaders’ (144). And Segun Michael Olabode synthesizes references to the Boeing scandal and to Adesanmi’s satire, referring to ‘the financiers of our chains’ and to ‘Pius . . . one man for his country / a press of thorns in the ass of corruption and its black ass agents’ (40).

Still in the realm of socio-political consciousness is ‘Scabha’ by South African poet Sihle Ntuli (the title is isiZulu for ‘door’; by extension, for the sliding door operator of a minibus taxi). This works its way round to death by asking of its addressee:

and about those small spaces in between chairs,

does it hurt when your body must fit in there?

as you sit stand, stand sit,

or does it hurt more

that this is how you make your living (22)

In a poem that can fruitfully be read alongside this, African-American poet Akua Lezli Hope asks ‘Why can’t we see god anymore? because we don’t bend low enough’ (110). There are parallels, too, in one of the most memorable poems in the anthology, ‘Say me rebellion’ by Kingsley L. Madueke:

Keep your stories of how presidents’ sons become presidents . . . Give me fiery tales . . . Legends of how urchins of the downtrodden rise

how the girl from the backstreet took the city

and the scions of the wretched shake power (147)

There are poems on Afropolitanism, such as Helon Habila’s ‘Elegy for Pius’ (‘Because we did not feel at home at home / We travelled the world’; 131). And again and again there are references to Adesanmi’s contempt for his country’s misgovernance, such as one by Tijah Bolton-Akpan: ‘We have forged joys / Over fights, over words / Not for ourselves, / But the lie we nicknamed a country’ (46). And yet there are also reminders of Adesanmi’s profound love of Nigerian-ness, as in Chifwanti Zulu’s lines ‘even as the world was moved by the magic of his pen / He always took pride in the Naija flag and his countrymen’ (54).

That poem is composed in rhyming couplets. As a sample of how the anthology fulfils its goal of being stylistically wide-ranging, there is a modernist experiment by James Tar Tsaaior, with the attempt to express being fragmented by grief: ‘This poetry. I write./ Is the just sentence. For this nation’ (176). Uche Nduka also does modernist in ‘The Indent’ – arguably the most challenging poem in the book.

If there is an omission in Wreaths it is the almost total absence of the comic, with the exception of a sweet but bristly poem by Uchema-Franklin Ekweremadu, which imagines God wielding a vacuum cleaner (220). Yet so many poems celebrate Pius’s ever-present laughter, often effervescent, sometimes volcanic; he would have wished, in part, for a mirth-filled wake. There are, though, much quieter poems than the ones I have cited, such as Jane Bryce’s ‘Backing his Daughter; For Pius, on Facebook’ (57), a beautiful, tender piece that records Adesanmi carrying his daughter, tied in a cloth wrapper on his back.

The blurb for Wreaths includes this commendation by Harry Garuba: that the poems seek ‘to confront the ephemerality of life with the permanence of art.’ Less than a year after Adesanmi’s death, Garuba had passed away. As Niyi Osundare puts it in the opening poem of Wreaths: ‘We are too tired / of burying our dead’ (16).

That opening poem is a beautiful elegy, which at the same time, in focusing on the airplane crash, is bold enough to ask questions that might take our world forward: ‘Whose hasty Science launched this coffin / In the sky of our joy / To whose capital advantage do we owe / This saga of endless anguish’ (16).

And that idea, of moving forward, is central to a lovely poem, one of the more personal ones, by Mitterand Okorie:

Mitt, my pikin,’ I suspect you would say,

Get up, for the job of telling Africa’s story

Chris Dunton has taught at universities in Nigeria, Libya and South Africa and was most recently Professor at the National University of Lesotho. He is a specialist in African literature and in rhetoric studies applied to African texts. He also writes short stories; his collection Boxing is available from the African Books Collective.