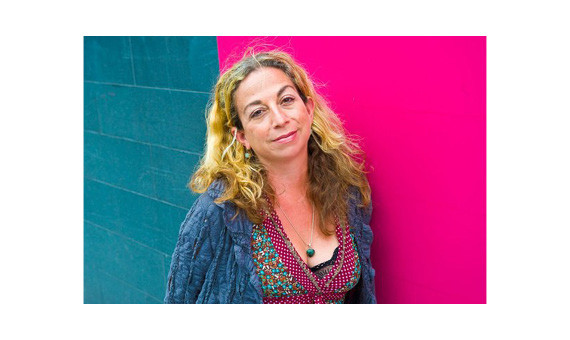 The Tryst is over ten years in the making. Can you say a little on what inspired you to write the novel and how the project has developed over time.

I started writing The Tryst long ago, when I was in my late 30s. It kind of leaked out while I was officially on another project, writing another book, that difficult ‘second novel’. I was in a loving long-term relationship, but the sex was ‘quiet’ between us. I was younger then, too, not experienced enough to address this. And so I began to write about the conundrum of loving a man and yet not desiring him. I met a very short, sexy red haired woman at the time I began writing this book; she was my first idea, or notion, of Lilah. We all meet Lilahs from time to time. In the novel, Lilah is a change agent, a chaos magician. The Lilah type of woman I met was utterly sexual, and also became a good friend. Initially, it was more her book than Jane’s. I left The Tryst alone for years and wrote other books. I wasn’t sure how to handle the three narratives, how to make them flow. But this novel always followed me around, from home to home and from floppy disk and a huge desktop computer to a PC and then a Mac. It was later, in 2012, that the myth of Lilith began to grow and seed itself into the book. In 2013, The Tryst was sold to Simon and Schuster, UK. They got cold feet over it, which made me all the more determined to publish it. Now, it has a small and brave publisher behind it, Dodo Ink, and it’s doing well in bookshops. It’s front of house at Foyles, and on promo in WHSmiths. This is a happy outcome for a book I started fifteen years ago, in another era, when I was another type of woman. It has been abandoned for years, rejected and now its making its own way in the world.

You have dual nationality in Trinidad and Britain. How would you say attitudes to sex differ between the two countries?

Sex is taboo everywhere. Sexually active women are commonly slut shamed and carry a negative onus in all but the most progressive and bohemian societal groups. Mainstream culture in the west and almost everywhere else focuses on monogamy and heterosexual marriage. Everyone lives with the pressure of this script. Be heterosexual and get married and have sex only within marriage, says the script. Some people live in a marginal space, about 10%, and these are LGBTQ groups, sex positive groups, etc….as a sexual seeker and tantric woman who has explored sex, I consider my self to live in this marginal space. In the UK, it’s easier to exist in this margin, and same sex marriage has been legal for some time. In Trinidad, there are still laws, old draconian laws harking back to the colonial era, which many other countries have renounced, which makes being gay carry shame and negative stigma. Even so, in some parts of Trinidadian society, for example the metros-sexual arty crowd based in POS, many gay people are out. Come carnival time, in Trinidad, people reject the norm and out can out a more sexual self without fear of judgment. I’d say anywhere you go, sex throws up a strong negative judgment. Be sexy and be damned, is the message from mainstream culture. Oh and try being sexually active at the wrong age (like 50 plus) and you’ll soon incur more disapproval.

The book has been well received by writers, reviewers and even sex workers. Have married couples been in touch who face a similar predicament to Bill and Jane in the novel?

No. It’s a novel, not an agony column or sex column. Sexless marriage is very common, though, and for many reasons. Let’s talk about it, I say.

In your Daily Mail article on sex and marriage, you mentioned watching steamy films. Can you recommend any steamy books?

Ooh, yes. A Sport and a Pastime, by James Salter, An Almond for a Parrot, by Sally Gardner. Fingersmith, by Sarah Waters, off the top of my head. Michele Roberts and Leone Ross write sex well too, so does Sarah Hall, DBC Pierre and of course there’s Nicholson Baker, and The Fermata.

At home, on my very old Mac, in the mornings till lunchtime.

The Grapes of Wrath, then and still. The artistry and the politics of it, and of course, the ending. Hard to beat a book like that. I love Steinbeck.

Which books did you take with you on holiday?

Ah, tons, I’m teaching Reading the Novel for MMU next term. I just read The Inheritors, William Golding’s second novel, one of the best books I’ve ever read. It’s about a Neanderthal family encountering a group of homo sapiens, all from the POV of a Neanderthal who uses telepathy, amazing! He pulled it off. It’s a devastating book.

I’ve written two drafts of a book called A Stranger to Tears. It’s about a mermaid who gets captured and pulled out of the sea. It’s been in my consciousness for years; I started writing it early last year. It’s about female jealousy and love, and its sexy too.  We’ll see if it finds a home. It is set on an island called Black Conch, in the Caribbean, set in 1976. I’m experimenting with narrators and there is something there in it about language and acquiring language. One of the main characters is deaf.

The Tryst is out now from Dodo Ink.