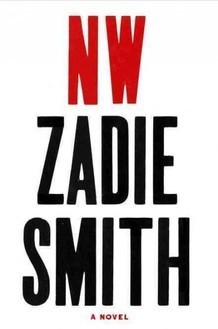 In a Guardian review twelve years ago of Zadie Smith’s White Teeth, rather than hailing a fresh ‘voice’ in fiction, I doffed my hat as a fellow Londoner-born-and-bred to a thrillingly acute new ear. The Babel of her debut novel was an ebullient rendering of changes wrought in the city’s language and landscape by an unfolding epic of postwar arrival and flux. That authorial ear is even more finely tuned and encompassing in her polyphonic fourth novel, as Smith returns to her debut’s setting in that north-west corner of the metropolis where she grew up and – aside from spells in Rome and teaching in the US – still lives. Yet amid the utter brilliance and delight of the novel’s language, formal flaws suggest a formidable writer – the most exciting of her generation in Britain – still experimenting with a voice to do justice to her vision.

NW is set during London carnival weekend in an area of the capital whose ‘local vibrancy’ – estate-agent-speak for multi-ethnic – is taken for granted by those who live there. For residents whose ancestries span the globe but who ‘don’t go south’, ‘foreign’ is defined as the other side of the Thames: ‘“Wimbledon” was the countryside, “Pimlico” pure science fiction’. But the urban landscape is riven in other ways. Whereas White Teeth (2000) had a new-millennium buoyancy, NW’s setting during a volcanic ash cloud that eerily stills the skies, and a ‘fox epidemic’, identifies it as recession-hit 2010, when ‘Not everyone can be invited to the party. Not this century’. Bargain-basement Poundland is a popular haunt on Kilburn High Road — the downbeat thoroughfare whose ‘bright lights’ are a magnet for the world’s strivers and wanderers.

At the novel’s heart are two childhood friends, now (like the author) in their mid-30s. Leah Hanwell is a philosophy graduate of Irish descent, who plateaued in ‘general administration’. Higher-flying Keisha Blake, with Caribbean forebears, renamed herself Natalie as a barrister. In a novel where a knifing is described as an ‘indictment of something or another and also not very good for house prices’, Leah is said to live with the francophone Michel, an Algerian-Guadeloupan hairdresser, in a basement council flat (with a garden) in Willesden, while Natalie, her Italian-Trinidadian banker husband Frank, and their two children, inhabit a pile in leafy Queen’s Park. Both are doing better than Shar, a scamming crack-head in tracksuit and headscarf, and Nathan, into weed and speed — two of those they left behind. Also pivotal in a plot that turns on the death of a pet dog, and a fatal knifing, is Felix, a would-be filmmaker and recovering drug addict from out east (Holloway). In a perspectival shift (notably used by Toni Morrison), the only characters identified by skin colour are white.

Most characters know each other from their under-achieving school or from Caldwell, a housing estate whose ‘five blocks connected by walkways and bridges’ are named after Smith, Hobbes, Bentham, Locke and Russell, as though in a warped joke of a social experiment by philosophers. The novel’s crux is mobility – both inexorably through time (‘Why must love move forward?’ asks Leah in revolt against her body clock, while her partner and mother see children as ‘the next thing’) and less assuredly in space and social stratum. While the mobile few mark progress by moving house, geography may be destiny. As opportunity shrinks, social escalators stall.

From a tube train on the Jubilee line, the

window logs Kilburn’s skyline. Ungentrified, ungentrifiable. Boom and bust never come here. Here bust is permanent. Empty state Empire, empty Odeon, graffiti-streaked sidings rising and falling like a rickety roller coaster. Higgledy-piggledy rooftops and chimneys, some high, some low, packed tightly, shaken fags in a box … In the 1880s or thereabouts the whole thing went up at once … Little terraces, faux-Tudor piles. All the mod cons! Indoor toilet, hot water. Well-appointed country living for those tired of the city. Fast-forward. Disappointed city living for those tired of their countries.

The characters vary in their stances towards moving on. Leah’s ‘team leader’ Adina George, her talons ‘painted with miniature renderings of the Jamaican flag’, fears that a ‘university degree is like a bungee cord, lowering in and pulling out with dangerous velocity’. French existentialism meets the upwardly striving migrant in Michel:

I’m always moving forward, thinking of the next thing … You are what you do … If I sit and do nothing I know that makes me nothing … From the first day I was stepping into this country I have my head on correctly; I was very clear: I am going up the ladder, one rung at least.

What for Michel is a ladder, Natalie sees as stepping stones (‘Caldwell, exams, college, the bar — pupillage’), while aware that some gaps – unpaid pupillage – are ‘almost too wide to jump’. Felix, his drive forward from the past more desperate, is intent on reaching the ‘next level … killing demons, not dwelling’, with the help of his new girlfriend Grace, a warm spur to self-improvement. In a novel where speech superbly reveals character, Grace is a powerhouse of practicality: ‘Don’t get in no trouble. And listen, yeah? I’m gonna stay at Angeline’s tonight and go carnival from hers. So bell me and let me know what time you’re gonna reach … That’s it. Laters’.

Natalie takes up most of the novel, her life charted in 185 numbered fragments that are as fractured as her disintegrating self. The ‘congenital autodidact’ (whom Shah bluntly nails as ‘Up herself. Coconut’), Natalie has a ‘perfect’ family, but also a dangerous will to self-destruct, trawling the internet for weird sex with strangers, while careless in keeping it secret from her husband. From a neighbourhood where being left behind can mean drugs, prison or early death, Michel ruthlessly spurns ‘the drama below’, and Leah struggles with upwardly mobile survivor’s guilt (‘I just don’t understand why I have this life’). Although Natalie stolidly justifies outcome through hard work (‘people generally get what they deserve’), she loses herself as she rises. As she thinks of a fellow Kilburn student who dropped out: ‘She had been asked to pass the entirety of herself through a hole that would accept only part’.

In the novel’s serio-comic vision, Natalie verges on the tragic heroine, thrown a lifeline towards the end but too un-self-aware to grasp it. Yet the novel questions the pathologies of a society in which entrants are required to leave chunks of themselves at the door. White Teeth probed the absurd pressures of racial and cultural assimilation, and NW is as scathing again about class, voice and locale. For some, self-suppression is a condition of success. As the Jamaican QC Theodora, youngest silk of her generation, advises Natalie in a wincingly acute cameo: ‘“The first lesson is: turn yourself down. One notch. Two. Because this is not neutral.” She passed a hand over her neat frame from her head to her lap, like a scanner. “This is never neutral”’. While the novel hums with the sound of the street (‘’Sup, bruv?’, ‘Fuckssake!’, ‘innit’, ‘eggzak’ly’), Theodora’s accent is one ‘not found in nature — somewhere between the Queen and the speaking clock’.

Moving from modernist to naturalist to avant-garde, NW mirrors the fractured self and city in its form, but loses momentum and power. Yet the radar for speech remains unerring, from aristocratically broke Annie in Soho (‘How lucky we are to be eating on the terrace. Why, we could be in Tuscany!’) to tell-tale dropped articles (‘These people don’t know what is British queue’). Some London moments are poignant. As two tube trains cruise together, a young woman frowns, trying to read Felix’s T-shirt: ‘He felt like it: he smiled! A broad smile that emphasized his dimples and revealed three gold teeth. The girl’s little dark face pulled tight like a net bag. Her train pulled ahead. Then his did’. Some are comic. A youth challenged for smoking in a playground objects: ‘This ain’t my manor. We don’t do like you do here. In Queen’s Park. You can’t really chat to me. I’m Hackney, so’. The response from a woman in a giant Zulu hat is withering: ‘I’m not Queen’s Park, love, I’m HARLESDEN … certified youth worker. Twenty years. I am ashamed of you right now. You’re the reason why we’re where we are right now. Shame. Shame!’

Published on the heels of the London Olympics, NW is a fitting caveat to glib crowing about the ‘vibrancy’ of a city whose engines of mobility are under threat (Smith has been an eloquent opponent of cuts to local libraries). But it is much more. Shortly after finishing the book, I walked along a dark and drizzly Kilburn High Road, looking afresh at kebab shops, pubs and Poundland, through the novel’s hilarious and humanising prism. With such a powerful literary vision early in a career, I would be confident of Zadie Smith’s London taking its place among the world’s great imagined cities.

Maya Jaggi‘s award-winning cultural journalism and criticism gained her an honorary doctorate in 2012 from Britain’s Open University, for her outstanding contribution in education and culture, especially in ‘extending the map of international writing.’ A writer of long-form arts profiles for the Guardian Review for over a decade, she also writes for the Financial Times, Independent, Economist and Newsweek, among other publications, and contributes to the BBC. She is chair of the 2012 Man Asian Literary Prize, and has been a past judge of awards including the 2012 Wasafiri New Writing Prize, and the Orange, David Cohen, Caine, Banipal and Warwick prizes. She was educated at Oxford University and the London School of Economics, and is on the advisory board of Wasafiri.