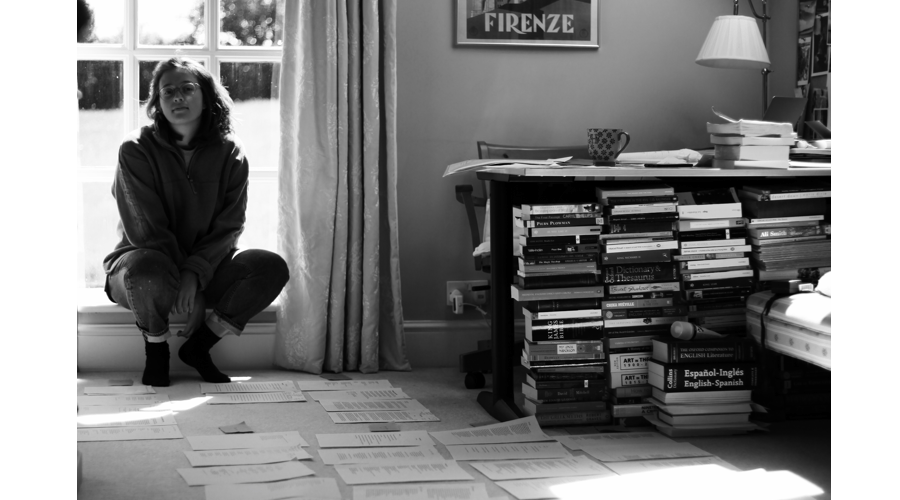 In July 2018, I completed my Master’s degree frustrated that I never located enough material to sustain further study on British-Iranian literature. I found myself reaching over the Atlantic—to North America, where American-Iranian voices were vibrantly circulating in comparison to the UK. I satisfied Oxford’s short MSt thesis requirement with a 10,000 word examination into UK poet Mimi Khalvati and US poet Roger Sedarat’s use of traditional Western and Persian poetic form, but this was where my time in academia would end—or at least, pause. I was not ready to launch into further study without an enquiry into the lack of British-Iranian literature and an attempt to fill this void.

I reached out to the celebrated Dr Persis Karim, Chair and Director of the Center for Iranian Diaspora Studies, based at San Francisco State University. Dr Karim had edited and co-edited three publications of Iranian-American Literature (A World Between (ed. P. Karim & M. M. Khorrami 1999), Let Me Tell You Where I’ve Been (ed. P. Karim 2006), Tremors (ed. P. Karim & A. Amirrezvani 2013), and had helped encourage a new collection edited by Leila Emery and Katherine Whitney – My Shadow is My Skin – which was published this year. Dr Karim and I spent hours on Facebook video calls, discussing our shared experience as half-Iranians, bonding over our ‘dorageh’ lives—translating as ‘two-veined’ from Farsi. I asked her about the process of publishing the Iranian-American anthologies, intrigued how she alerted and brought together writers across such a large country, and she explained how it was hard during pre-social media times. Since 1999, the publication of her anthologies, subsequent readings, creative writing groups, and social media pages have birthed a community of Iranian-American writers who have come together to open and expose the multifarious discussions associated with being Iranian-American in a post 9/11 era. Eventually, we came to the acknowledgement that there was no equivalent publication in the UK, and that I was to put out a call for submissions and see what returned.

I was impatient to find out what British-Iranian literature looked like. Who was writing? How were writers navigating the confluence of British and Iranian culture and heritage? And, in turn, how was Britain being written? How did people experiment with writing in a second language? Would writers hark back to the centuries-old cultural and poetic exchange between Britain and Persia? And, considering that relations between Iran and the UK – and the West in general – continue to be tense, would the writing of British-Iranians challenge the platitudinous narratives of political discourse broadcast by Western media—and perhaps undermine them?

The call for submissions was released in May 2019: ‘For a long time, Iranians have been migrating to and settling in the United Kingdom. But despite a long relationship of interest and engagement between these two nations and peoples, Britons of Iranian heritage remain underrepresented in British literature.’ Writers of Iranian heritage or connection were encouraged to submit poetry or prose (up to ten pages) in English, on any subject or theme. The call was deliberately open, acting as a nudge to find out what work was out there.

To this call – disseminated to universities, creative writing groups, and the ethers of Twitter, Facebook, and Instagram – responded a powerful wave of diverse writers from across the spectrum of the diaspora, from those living in the UK before and after the revolution in 1979, students, children born of one or two Iranian parents in the UK, and migrants who have recently braved the journey through Europe and across the Channel.

While writers were encouraged to submit on any theme, the majority of submissions are (as expected) based on the experience of diaspora. Movement, migration, relationships, family, loss, bi-cultural upbringings are among the themes and experiences that writers poignantly and beautifully articulate and examine. The poems and prose pieces are exclusively written in English by writers based in the UK, providing a new strain of British Literature—and a haunting alternative to Iranian literature in translation that has been well-circulated in the UK for centuries. Intending to be a solid and seminal text of Iranian diaspora writing as well as a timely example of ‘British writing’, this project seeks to encourage other diaspora communities in the UK to join in on the conversation of what ‘British writing’ means in the twenty-first century.

At this stage in Spring/Summer 2020, submissions are being reviewed and a conversation has started with potential publishers. You are welcome to follow updates on Twitter and Instagram @IDLitUK.

Holly Fathi is both an emerging scholar in Iranian Diaspora Literature and a documentary filmmaker.