Justice Not Revenge: An Interview with Mahmood Mamdani 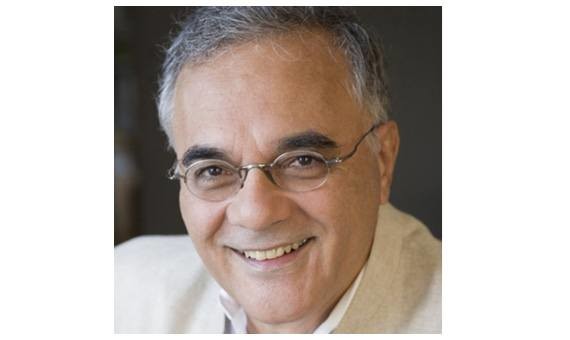 I doubt the incongruity was lost on him. The Langham in Portland Place and the BP Theatre in the British Museum are perhaps not the best places for a renowned commentator on the injustices of colonialism and its legacies in Africa to speak his mind. But Mahmood Mamdani must know that being heard can be as much about compromise as political settlements in the aftermath of post-colonial conflict, the subject of his Edward Said Memorial lecture last week.

For more than thirty years Professor Mamdani has been one of that select band of academics who command international respect. Based in Uganda, where he grew up, but also a senior member of Columbia University’s Department of Anthropology, Mamdani has been a leading voice on the politics and history of Africa. He’s dissected the violence of Rwanda, Dafur and apartheid South Africa, writing in measured and fluent prose. His essays regularly appear in the New Left Review and the London Review of Books so he’s more than capable of reaching beyond academia.

People listen carefully when he speaks, too. He has that mellow but authoritative kind of voice. And certainly his audience was enthralled during his lecture ‘Justice Not Revenge’ even if, judging by the questions afterwards, there may have been scepticism about some of his arguments.

He explained what he would say when I met him before the lecture in the Palm Court of the Langham hotel, that monument of Victorian inelegant grandeur. Sitting in a throne-like green velvet chair, he questioned the wisdom of relying on the Nuremberg Judgement as the model for doing justice. With its emphasis on criminal process, prosecuting those individuals marked out as responsible for terrible wrongs, the lessons of Nuremberg, he said, have been too readily embraced by the contemporary human rights movement. The emphasis is on atrocities for which individual criminal responsibility is sought, downplaying the underlying issues that may have driven the violence. As he would say later, the Nuremberg-type approach ‘is likely to magnify rather than mitigate violence,’ focusing on perpetrators at the expense of resolving conflicts which had caused extreme violence in the first place.

Mamdani’s disdain for legalised revenge reminded me of George Orwell’s opinions on the war crimes trials in Germany towards the end of 1945. Orwell had little time for such criminal justice processes either. They operated ‘with all the slow cruel pageantry of the law,’ he wrote for the Tribune, and often ended up shining ‘a romantic light on the accused and turning a scoundrel into a hero.’ He thought revenge was ‘an act which you want to commit when you are powerless and because you are powerless.’ That feeling quickly evaporates, Orwell believed, when you are no longer impotent.

Power lies at heart of Mamdani’s thesis too. He offered the example of the South African transition from apartheid as an alternative to criminal rather than political or social justice. During his lecture he fleshed this out more. By telling the story of Nelson Mandela’s determination to transform South Africa peacefully, and the work of the Convention for a Democratic South Africa (CODESA), Mamdani described how any desire for revenge for the systemic brutality of apartheid was suppressed by the need to reach a political settlement. He said there was a compromise: the blacks gained power, the whites kept their wealth. And there would be no grand trial of those responsible for the apartheid institution.

This didn’t mean all had turned out well. Mamdani made clear that turning South Africa into a fair society was never going to be solved merely by the transfer of power. But without obtaining political justice first, the violence would most likely have continued. Where would any justice have been then? If peace meant allowing the evils of apartheid to go unpunished, then that was the price to pay.

According to Mamdani, this wasn’t, as some have claimed, a cost mitigated by the Truth and Reconciliation Commission, which he seems to value little.

‘The TRC operated on the same principles of crime and punishment,’ he told me. ‘If you confessed, you would be forgiven.’ But only for those crimes which would also have been crimes under apartheid law. ‘There was no room for crimes authorised by the state. The entire system of apartheid was not under observation.’ Those to be condemned were only the ‘over-zealous operatives who went beyond the call of duty.’

Though the TRC ‘held the public imagination’ and not just in South Africa, Mandani believes a ‘tremendous opportunity to educate the white population’ was missed. ‘The TRC could have prepared a constituency for social justice beyond simply what would be its intended beneficiaries.’ But it didn’t. And nor did the promotion of the Zulu Ubuntu philosophy that purportedly underpinned the TRC’s approach, a philosophy of hospitality and understanding and shared humanity, do much. It was ‘like a sermon’ for Mamdani. It ‘rode above everything’ but it had ‘no history, no structure to it. It sounded nice,’ and that was all.

I asked Mamdani if, over twenty years on, the TRC’s significance may seem limited, little use for the South Africa of today and for some unreasonably preventing victims’ justice of the Nuremberg kind, what about the International Criminal Court? What of that institution which has directly inherited the Nuremberg mantle? How should we see the ICC?

Mamdani was equally dismissive. ‘A legal system cannot exist without a political system,’ Mamdani said. ‘The agenda of the ICC is determined by the UN Security Council, it’s a highly politicised legal system so it is compromised at the outset.’ It is a political project, he said, a ‘crude device’. Looking to the Court as ‘some form of salvation’ for those suffering the horrors of war was therefore naïve.

And of course the current antipathy for the ICC amongst African states, sufficient to prompt withdrawal for some from its jurisdiction, is generally a consequence of this reading. The Court is seen as unfairly focused on Africa, its practice another example of the West exercising its criminal justice muscles much more readily than for non-African states. Another exercise in neo-colonialism perhaps.

Later, at the Edward Said lecture, Mamdani fleshed out his thesis more. At times it sounded as though he was suggesting that political justice was a necessary pre-condition for any other form of justice. He didn’t preclude criminal processes where atrocities have occurred and didn’t deny the real need for social justice in South Africa today. But without political justice there would only be continuing violence. Solely treating the past would not help the future. And instead of the victims’ and victors’ justice of Nuremberg, he preferred ‘survivors’ justice’, addressing the issues so that ‘atrocity should be treated not as a standalone fact but part of an on-going cycle of violence.’

Applying his philosophy to any state in conflict (he mentioned Israel-Palestine), ‘the objective,’ Mamdani said, ‘cannot be to look backwards to settle scores. It has to look for a more inclusive political arrangement. The purpose of decolonisation cannot be to turn the world upside down but to change it. That,’ he said, ‘is the lesson we need to take from the South African transition and the anti-colonial movement in general.’

As Mamdani ended his lecture, I wondered what all this implied: was this a realist’s vision which valued peace above applying some justice for victims and perpetrators? Was it an argument for speaking power to truth not truth to power? Would it mean forgetting atrocity in the interests of politics? Susan Sontag once wrote, ‘To make peace is to forget. To reconcile, it is necessary that memory be faulty and limited.’

But she also wrote that remembering was an ethical act. And being haunted by the images and facts of atrocity was a necessary way of understanding and perhaps guarding against what human beings are capable of doing. Would political justice serve to suppress that ethical commitment? And aren’t the dramatic public trials of the worst perpetrators vital in memorialising atrocity? What would have happened to our understanding of the Holocaust, of Nazism, of the total disregard for human life in the interests of a warped politics without Nuremberg?

However these might be answered, it seemed to me that the most important message Mamdani offered is that received wisdom must always be tested. Nuremberg should not be followed slavishly in all circumstances. It’s never enough to accept lazily any notion that says justice must follow one model. Mamdani’s recognition of the importance of compromise is something most liberal thinking people might rather not acknowledge. But perhaps negotiating with the devil can sometimes be a necessary process of justice after all. It may not be palatable but the question needs to be asked nonetheless.

Whether that is always possible following extreme violence is another matter. Nuremberg as interpreted today (misleadingly as I recently argued in my book A Passing Fury) may not be a worthwhile solution in all situations. But can anyone, for instance, see an inclusive political process replicated in Syria, bringing ISIS, Assad and multiple ethnic, religious and political factions together? Would the example of South African transition have any purchase there? It seems doubtful without the meaningful agreement of all the Syrian people. 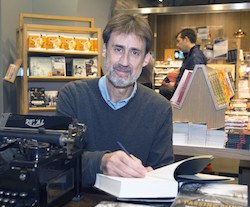 AT Williams is the author of A Passing Fury: Searching for Justice After the End of WWII (Vintage) and winner of the Orwell Prize in 2013 for his A Very British Killing: the Death of Baha Mousa (Vintage).