Of Gods and Awards: Jennifer Nansubuga Makumbi on winning and judging the Commonwealth Writers Prize 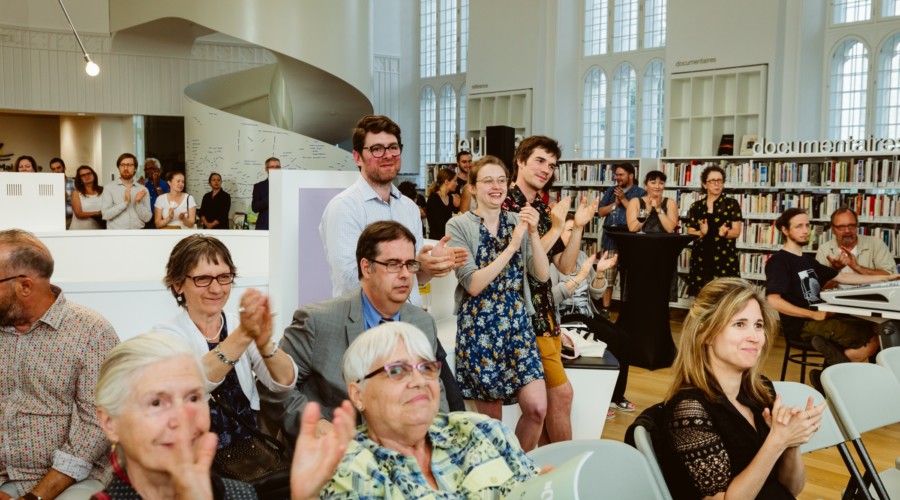 By Jennifer Nansubuga Makumbi on July 10, 2019 in Articles

The mind is a warped thing.

When I still lived in Uganda, before any prize came my way, before I was published and I wrote in darkness, I looked at the phenomenon of literary prizes in a somewhat peculiar way. The whole thing seemed like a modern-day Egwugwu phenomenon in Chinua Achebe’s Things Fall Apart, where elders descended and disappeared into the Egwugwu house, the one that faced the forest, the one whose outside was cleaned and painted by women who were forbidden to see inside—not even ask what happened there. Then, after a while, spirits, magnificent and awesome, stepped out. Looking back now, I cannot tell you how the two are connected.  Perhaps my imagination was coloured by longing and envy. There was an insurmountable distance between those prizes and me. It could have been the way that prizes transformed recipients and suddenly they began to shine.

Then I came to Britain and my mind updated itself. Still, the process of judging big literary prizes like the Commonwealth Writers Prize seemed extremely secretive and sacrosanct. I imagined judges flying in from their regions into some mysterious place in Somerset, then converging in a castle and descending into a (Victorian) vault. There, surrounded by vast shelves of huge, ancient books, the judges donned heavy dark cloaks and were sworn to secrecy and impartiality by drinking some nasty concoction from a chalice. They then sat at a round marble table with burning incense in the middle, piles of books in front of each of them. Then a voice said that they would not emerge into sunlight until they had compiled the shortlist, the regional winners, and the global winner.

There is nothing spiritual or reverent about prizes, not judging them, not receiving them. The idea that after the announcement And the winner is … a writer transforms into this incredibly talented, clever, shiny author they were not the day before, lies in the eyes of the beholder. Here is the problem. While you are still habiting the protective world you shielded yourself in after countless rejections (a world you are reluctant to let go because if you dare believe that you are any good, you might get hurt again, very badly), in the world outside you are the new, fresh, vibrant voice. It can be difficult, even impossible, to step out of that protective shell (that allowed you to take rejection after rejection) into this new shiny place where you are a star but exposed. And so you float in neither-nor. Or you stay in your shell but quickly get an act which you adorn for the public. On the outside you are talented, intelligent, creative, a writer, while inside a voice threatens don’t you dare believe it. This is why publishers and literary agents describe authors as debilitatingly insecure: what do they know!

For me, especially for my first prize, winning did not dent the doubt I had when I was writing Kintu, when I thought, but who would want to read this Ugandan stuff! The Kwani Manuscript Prize had a longlist, then a wait of two weeks, a shortlist, then a wait of two weeks, and finally the winner. Through the first two processes, those spaces of waiting were doubt’s playground. You see, in those spaces of waiting I was vigilantly preparing my heart not to take things too seriously, not to hope for too much so that I could handle the inevitable moment when my luck ran out. So I could shrug it off with, Tsk, next time. But by doing so I was reinforcing the very doubt which had plagued me for the ten years of writing that novel. Thus, even as my name began to be visible, I hung onto my doubt. And doubt was only happy to stay and keep me company. Even when I tried to let go doubt was obstinate. Actually, it is fearless. It will plague you right in the face of your award. When you have won it manifests itself in the guise of , Oh oh you know now that you’ve won, they are going to turn that story upside down and see the holes you did not plug. You do not walk around thinking, I won, I won, I won. You are thinking, I should have toned down, I should have toned down on sex … Feminists are going to question the presentation of … It was only moments while in public, when people were congratulating me, hugging me, Oh you deserve it, going out with family to celebrate, that made me feel like a winner. Personally, my body will not allow me to feel extreme emotions—neither joy nor sadness. Instead, in these extreme moments of heightened emotion, it numbs itself and I start to shake. I tried to confide in a friend, an author, he looked at me with the most kindness he could muster and said, Awww, false modesty.

By the time I was invited as a judge on the Commonwealth Short Story Prize, earlier judges (I had thanked for being kind to me) had dismissed the idea that judges make a winner …authors make themselves, what we do is to highlight this. Still, I imagined that there was power in highlighting this talent in a person’s writing. I blame X- Factor.

For the Commonwealth Short Story Prize, stories arrived without their authors—only a title and a country. No cover, no publisher, no blurb, no colours, no trumpeting reviews. And, after opening them, even the title and country receded and the text stood naked on the screen. Then I said, Okay, what do you have and the story went to work. Normally, when as an author I finish writing a story, I say Now, you are on your own, you better make your sense out there because there are millions of great books. Reading these stories working for a place on the shortlist brought that idea to the fore quite brutally. Looking at that very long list of 200 stories from so many countries and cultures around the world demonstrated to me that literary competitions are as brutal as a novel looking for readers out there in the world. Nonetheless, at this point in judging, I enjoyed the stories tremendously—only turning to Google when I became curious about an aspect. A story just needed to stand out, move me more than the others.

My shortlist ended up with 33 solid stories and a few maybes. At this point, I did not care about country or region. It was just the stories. During the deliberations, I quickly found out that it can be hard when you discover the different ways other judges read the same stories. It was rookie of me not to be prepared for some of my ‘really strong’ stories not making the final shortlist. Those stories had become entities, with lives and futures. The problem was that the difference between the stories that made it and those on my personal shortlist was small—yet the implications were vast, huge. Some people on my shortlists will never know this. Just think of the confidence it would bring to those authors, just knowing that a judge loved your story. That much can be a major boost to an author: being on the shortlist of any prize can be magical.

When you finally sit down to a shortlist of 21 out of a 200 longlist out of 5,080 submissions, you cannot help becoming brutal. You say to a story, Okay, you are beautiful, well-told, have a vivid world, your language dances on the page but that’s true of every story here; what else do you have to offer? When it came to my region, Africa, I reread the stories in terms of context, ideas, history—what they are doing, how they are doing it. I researched the ideas, interrogated the context. As I went over and over the stories, I was surprised by which stories had more to give, which stood up to that kind of scrutiny.

Even then, I suffered some serious heartbreaks. For each region, I had my own winner and a maybe. For me, the process of choosing the regional winners was so intense that two weeks before the meeting I wandered in and out of these 21 worlds. I knew the stories so well that I could see the authors. However, a story won by votes—it’s as simple as that. Afterwards I was racked with heartache at ‘my winning’ stories that did not win their regions. 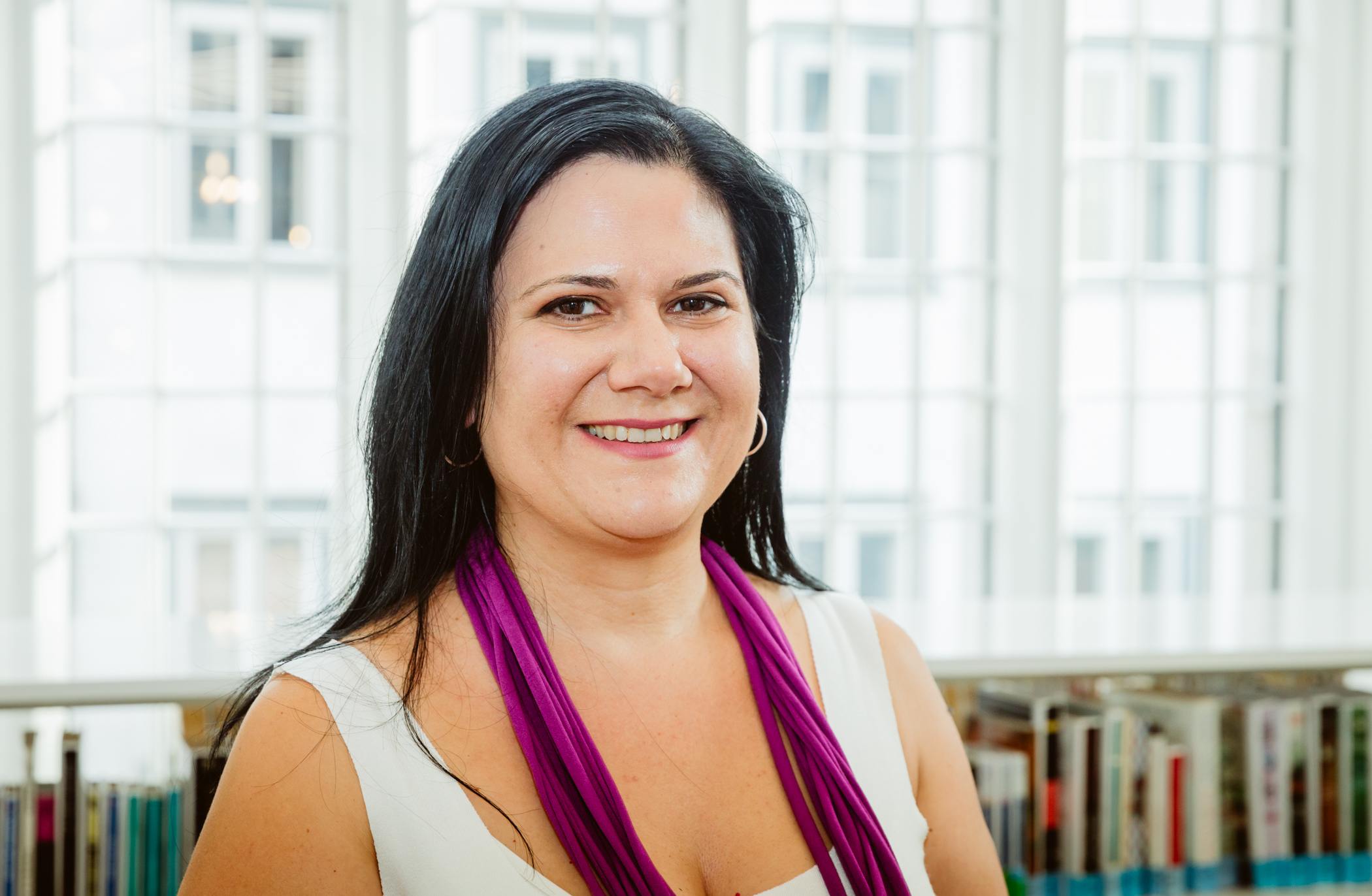 I’ve reread the winning story, ‘Death Customs’ by Cypriot writer Constantia Soteriou (translated by Lina Protopapa), over and over. It is one of those stories that keeps giving no matter how many times you go back to it: the kind that makes you suspect that it is still holding back. Then I was lucky to visit the world that produced this story and confirmed that I am not just ignorant but blind. It is the story that helped realise that as a weapon, the short story form is an assegai (the short stubbing spear). When properly deployed, it is lethal.

While in Cyprus I was asked to give the winner the news. Just before she arrived, we became aware that we were three women  — I; Emma D’Costa, Senior Programme Officer (Commonwealth Writers) Commonwealth Foundation; Janet Steel, the Programme Manager, Commonwealth Writers; and now a woman was just about to join us. And we were about to give her what was perhaps life-changing news. We did not discuss the implications of that. But I felt my heart swell realising that more women around the world are making storytelling their business.

After telling her the news, I saw what emotions of overwhelm and disbelief look like. They came in bursts, successively. The I can’t believe it as if she dared not, I don’t believe it. I saw her past—the toiling at this job we call writing, the hopes, the dreams reeling through her mind and flashing in her eyes. Then that emotion of Finally, I’ve been vindicated flooded into tears. It was an emotional, intense ending to the judging process.  I hope Constantia Soteriou will not suffer hair-raising duels with doubt.