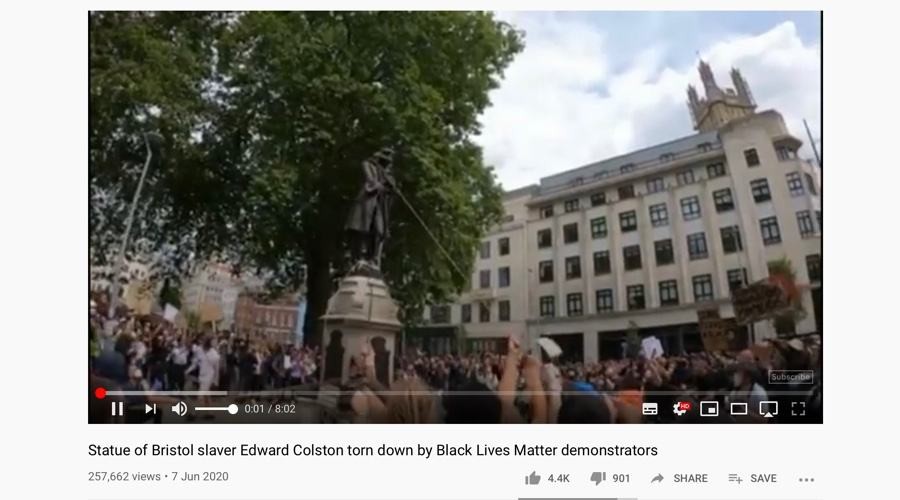 On 7 June 2020, the city of Bristol burst into the international spotlight in a single moment of visual poetry, as protestors armed with ropes and determination did in a matter of minutes what the city had long failed to manage: topple the statue of 18th century slave-trader Edward Colston that had stood proud over Bristol city centre since 1895. Met by waves of jubilation and a cathartic joy, the moment when Colston fell (and his subsequent relocation to the bottom of Bristol’s floating harbour) had all of the force of a healing ritual. It’s no surprise that this moment has become iconic. To this day, Bristol remains deeply marked by its role in the slave trade, with numerous streets, buildings and facilities bearing the names of families who made their fortunes through the enslavement of human beings and expropriation of their labour: Colston, of course, but also Tyndall, Fry, Goldney and Wills. Despite its reputation for diversity, progressive values and a vibrant cultural scene, moreover, Bristol remains a deeply divided city (a 2017 report by the Runnymede Trust found Bristol to be one of the most unequal cities in the country).

Over email, I discuss the Black Lives Matter protests, Colston and Bristol’s history with Vanessa Kisuule, current City Poet, whose poetic response to the moment Colston fell, ‘Hollow’, gained over 600,000 views on Twitter in three days.

Madhu Krishnan for Wasafiri: We all know that police and state violence against Black people is endemic in the United States, and George Floyd joins a long list of Black Americans who have been its victims. What seems to get less attention, at least in the British media, are the repeated and regular instances of police brutality against Black individuals in the UK. Why do you think that is?

Vanessa Kisuule: America has long had a monopoly on the discourse around blackness. Of course, the diasporic lines are blurred – I’d never assert sweeping definitions of different types of blackness along geographic lines – but when it comes to the race conversation in the UK, I think the reasons why we are blind to the issues of police brutality stems from the simplistic observation that our police do not carry guns. Because police violence in the UK doesn’t often manifest through shooting – though of course in Mark Duggan‘s case, it did – too many people conclude that there isn’t a problem. There is also a general ignorance around race relations in the UK and the distinct ways in how they play out. Because the history of how black people came to be in Britain is fragmented and complex, we do not have a coherent sense of our shared history. Of course, a significant part of black history in the UK links to the slave trade, but most of the black residents in this country are migrants/Windrush citizens rather than direct descendants of enslaved people. Because most black people in Britain do not descend from slaves and our plantations were not on this soil, we have done an excellent job of dissociating from Britain’s dark past. Thus, the despicable cruelty of the slave trade is dangerously easy to remove from the collective conscience. This, amongst other things, has a part to play in our reluctance to talk about race and racism in the UK.

I think the news of George Floyd and Breonna Taylor’s death has hit us at a time when the pandemic has highlighted the deep inequalities in and fragility of our social systems. Covid-19 has thrust us into a collective feeling of anxiety and uncertainty, but also pause and reflection. This seems to have made people more cognisant of how deeply flawed our social contract is. Police brutality and racism is nothing new, but perhaps people are more empathetic to its horrors now that we aren’t distracted by the constant whirr of the hamster wheel we’re usually in.

Why has Colston, in particular, become such a flashpoint in this sense?

Colston is less tied up in the jingoist swell of British nationalism than someone like Churchill. Though some insist that Colston’s financial contributions to the city warrant a more ‘balanced’ view of him, a significant portion of our city believe his legacy to be a stain on our history. Protestors who are defending Churchill’s statue are protecting a very particular notion about what they think makes them British, what makes them men, what makes their lives meaningful. It’s pertinent to remember that this country is so enamoured with Churchill’s legacy that we’ve put him on the £10 bank note.

For a lot of people, the simple story goes that Churchill led us boldly into a war against the fascists, which we won through good old British bravery and stoicism. This, of course, is a facile retelling serving as a balm to quiet the despair at the millions of lives lost in that war and many others. Colston simply does not have that level of nationalistic currency, hence why there is more resistance at the thought of other more beloved figures being pulled down from their literal or proverbial pedestals.

Due to the unique combination of events occurring right now, changes we once thought too radical or idealistic are coming to fruition. The speed at which statues are being toppled or removed now is a huge contrast to the slow and often ineffectual process of debate that we’ve endured for years. It matters what we see and who we idolise, though this is more a symptom than a cause of white supremacist ideology. I don’t think we are erasing history by removing statues if we also implement a curriculum that mandates a full and honest depiction of British imperialism. Statues are perhaps one of the least instructive learning tools we have. How many people can honestly say they stop and read the plaques underneath them, never mind go away and do further research? We simply take for granted that a litany of austere historical figures hold court over our cities. We hold a vague notion of their ‘importance’ but no more than that. I’m sure some people who express concerns have a genuine fear of history being disregarded. But as writer Anthony Anaxagorou astutely observed, statues are not about history. They are about glorification. We do not put statues up of people we don’t wish to revere. Enough people feel that Colston is not a figure of reverence to justify the statue coming down from its prime place in the city centre.

One of the common rejoinders people make when Bristol’s history with enslavement is brought up is that this is just the past, we can’t change it and we need to move on. How do you respond to that?

It’s like that common adage says – those who don’t take note of the past are doomed to repeat it. It’s not about self-flagellation or guilt. I agree that neither of those are healthy nor helpful. But much like Germany after the Second World War and South Africa after apartheid, there needs to be a meaningful process of reckoning and reconciliation that aims to alleviate the emotional and financial wounds. Neither Germany nor South Africa went about this perfectly, but there is a lot of healing and humility in the simple acknowledgement of historical trauma. It is not behind us. It is not in the past. The repercussions of slavery and colonialism affect people’s livelihoods in myriad ways. As is being more broadly acknowledged, the British taxpayer was shelling out money up until 2015 for the ‘loss’ faced by slave traders after abolition passed. That’s only five years ago. Former colonies still suffer as a direct result of the pillaging of their resources and indigenous cultures. The vicious cycle of aid and ‘Third World Debt’ is borne of the ahistorical notion that Western countries are saving these countries out of the goodness of their hearts when they are the very nations who underdeveloped them.  There is no hope of moving on or meaningfully addressing our current political landscape unless we take stock of what has been. It will make us more compassionate and nuanced in our thinking and shed this lazy narrative of victors and victims. This feels well overdue and I can only hope that we make some headway in the coming years, even as the initial fanfare dies down. 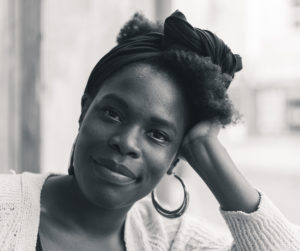 Vanessa Kisuule is a writer and performer based in Bristol. She has won over ten slam titles including The Roundhouse Slam 2014, Hammer and Tongue National Slam 2014 and the Nuoryican Poetry Slam. She has been featured on BBC iPlayer, Radio 1, and Radio 4’s Woman’s Hour, Blue Peter, Don’t Flop and TEDx in Vienna. She has appeared at an array of festivals and was Glastonbury Festival’s Resident Poet in 2019.  She has been invited to perform all over the world, from Belgium to Brazil to Bangladesh. Her poem on the historic toppling of Edward Colston’s statue ‘Hollow’ gained over 600,000 views on Twitter in three days. She has two poetry collections published by Burning Eye Books and her work was Highly Commended in the Forward Poetry Prize Anthology 2019. She has written for publications including The Guardian, NME and Lonely Planet and toured her one woman theatre show ‘SEXY’ in 2017. She is currently the Bristol City Poet for 2018 – 2020. Photo Credit: Jon Aitken 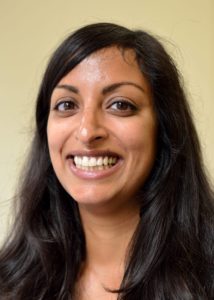 Madhu Krishnan is Professor of African, World and Comparative Literatures at the University of Bristol. She is author of Contemporary African Literature in English: Global Locations, Postcolonial Identifications (2014), Writing Spatiality in West Africa: Colonial Legacies in the Anglophone/Francophone Novel (2018) and Contingent Canons: African Literature and the Politics of Location (2018). She is currently working on a project around literary activism in twenty-first century Africa.

You may also like: ‘Soft Liquid Rigour’: A review of Wayward Lives, Beautiful Experiments