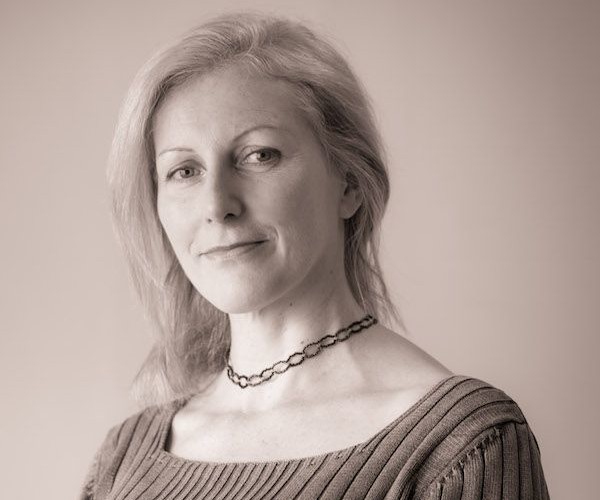 Born in Dublin, Niamh MacCabe grew up in Paris, in north-west Ireland, and in Washington DC, graduating there from the Corcoran School of Art. She worked overseas in the Animated Film industry, eventually returning full-time to Ireland to raise her children.

She began writing in 2014 and has featured in numerous prize shortlists, as well as winning this year’s Molly Keane Award.

She is published in Aesthetica’s Creative Writing Annual 2016, the Bristol Short Story Prize Anthology 2016, The Incubator Journal Issue 8, and Bare Fiction Magazine Issue 7, where she came second in their Fiction Award 2016.

She lives in rural North Leitrim with her children.

Tell us about how you got into writing.
My pre-parental background is in visual art, but I found that being a parent, and living in a small house frequently full of kids (my own and others from the locality), was not conducive to the imaginative freedom and physical space that my visual art required. Rather than attempt to cordon off  privacy in an already small house, or to censor, or to answer the inevitable questions about what my works in progress meant (a question I usually couldn’t even answer for myself until long after they were finished), I chose to move the creative process onto the much more manageable laptop, and begin to use the written word as my medium. I had for years already used script within my paintings so it was a natural progression. I can stop and start as I please, work from virtually anywhere, at any time, without the overwhelming physical presence that my visual art had.
What was the inspiration for your winning competition entry?
The story is inspired by a vague but persistent memory from my early childhood. It is a brief, abstract memory, where not much happens, and is more about a remembered state of mind rather than an event, so I presume it had a significant impact on my developing subconscious. This is why, all these decades later, I am summoning the memory through this story. I remember getting lost on a deserted beach with my older brother. We couldn’t have been more than four and five years of age. Myself and my brother wandered off through the sand dunes while my father, enveloped in his own thoughts, jogged along a beach path. We were eventually found, hours later, curled up together in the marram grass, fast asleep, without a care in the world. I remember feeling free and excited about being lost, feeling eager to embark upon whatever this new life would bring, and feeling unafraid because my older brother was with me.
How has winning the prize changed your approach to writing, or your plans?
Writing can sometimes feel like an indulgence. It takes time, it takes solitude, it takes self-belief. There are no immediate rewards other than self-satisfaction. Winning the prize, knowing that esteemed authors have read my work and felt it chime with them, justifies the time and solitude given. To be recognised in such a way validates my efforts, and confirms the notion that what I have to say, and how I say it,  may be worth saying.
What are you working on right now?
I work at the outset in short story format. I distil an idea down to its essential components, then throw it into the juggling pot. Right now, I am juggling ten stories, ten ideas, some related to each other, some totally opposing, but each individual one shaping the others. A few of them I have further distilled down to barely perceptible flash fiction, others I have fleshed out to a format approaching novella status. The idea dictates how best to portray itself, and in what voice. If a story gets published, I cut the umbilical cord and it is on its own. I have toyed with the idea of a novel, because that appears to be what writers are supposed to do, but these short stories keep insisting on getting in the way.
What advice do you have for people entering next year?
My winning entry is spoken in the voice of a child, the un-self-conscious, rambling, illogical meanderings of a mind in its infancy. In order to access this voice, and in order to imbue it with authenticity, I had to delve into the remotest part of my consciousness, to become the fearless innocent child. I would advise people to be raw, open, honest and pure, to speak the truth, which does not mean the story has to be true, just that the writer has to fully believe it, to know why, to know what went before, to know what will come after. Formulate the world you wish to write about, familiarise yourself with it, believe in it, and tell it like it is.
Share this...