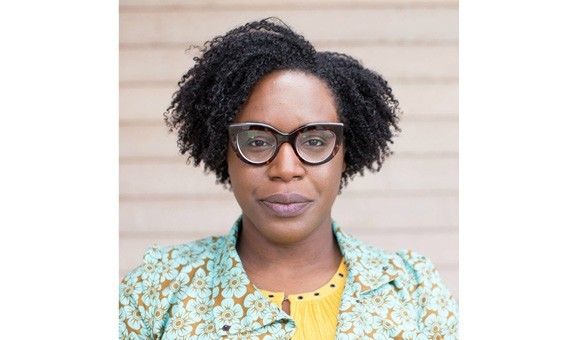 Lesley Nneka Arimah (Nigeria) is shortlisted for The Caine Prize for ‘Who Will Greet You At Home’ published in The New Yorker (USA. 2015). She is the author of What It Means When A Man Falls from the Sky, a collection of stories published by Riverhead Books (US) and Tinder Press (UK), 2017. Her work has appeared in The New Yorker, Harper’s, Per Contra and other publications. Lesley was shortlisted for the Caine Prize for African Writing in 2016 and was a participant in the Caine Prize 2017 workshop in Tanzania.

Tell us a little about your story ‘Who Will Greet You at Home’. What inspired you to write it?

I like writing fabulist fiction because in addition to being fun to write, it also allows a writer to examine humanity in an unfamiliar context. What does an acceptable societal expectation look like when it’s pulled from the framework of our society and placed somewhere else? In what ways does it thrive? Falter? In this case I took the expectation and desire for children in our society and placed them in the context of a world where women must create them by hand. I wanted to explore what this human expectation looked like in inhuman conditions.

You were born in the UK and grew up in different countries is this reflected in your writing, and if so, how?

Not particularly. We traveled a lot, but Nigeria (and later America) was always home base. It’s where my heart and my stories are based.

Can you recommend some other emerging Nigerian writers?

Mostly at home, but anywhere will do. I’m not too precious about needing the same location or a special pen or a particular time of day.

This is a hard question for me. I read a lot as a kid, many books whose titles and authors escape me now, and I think of all those books as making a difference in that they built the foundation for my story-telling. I do remember picking up Mutiny on the Bounty when I was 11 or so and reading it specifically because I found it a little difficult and I still think it’s important to read work one finds challenging. Books that made an impact more recently are Purple Hibiscus and The Brief Wondrous Life of Oscar Wao. The first I encountered early in my writing journey and it was a breath of fresh air to see a work of familiar, contemporary Nigerian life. The latter changed the way I thought about structure and story-telling; it is a truly wondrous book.

One of those giant bibles that has a version in English and a version in another language, not for religious purposes, but so that by the time I’m rescued I’ll be fluent in something else. If I’ll never be rescued, a romance novel.

I’m working on a novel and a few other things.