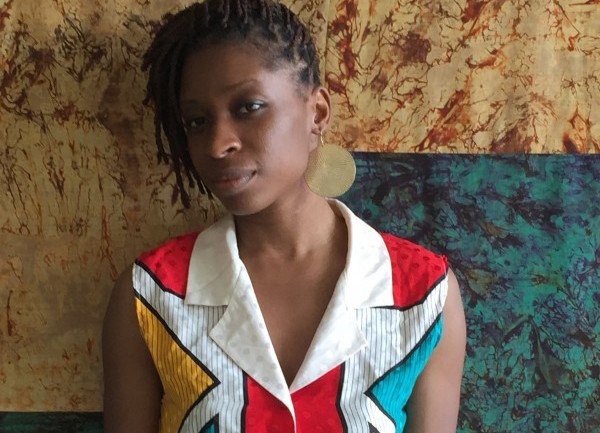 By Irenosen Okojie on February 25, 2017 in Articles

Irenosen Okojie is a writer and Arts Project Manager. Her debut novel Butterfly Fish won a Betty Trask award. Her work has been featured in The Observer, The Guardian, the BBC and the Huffington Post amongst other publications. Her short stories have been published internationally. She was presented at the London Short Story Festival by Ben Okri as a dynamic writing talent to watch and was featured in the Evening Standard Magazine as one of London’s exciting new authors. Her short story collection Speak Gigantular published by Jacaranda Books has been shortlisted for the Jhalak Prize.

The Census-Taker by China Miéville. It’s dark, compulsive and elusive.

I write in my head all the time, short pieces that are the bastard children of prose and poetry which fill the notebooks I carry around with me, so the answer is everywhere. When I’m working on stories or a novel, I like writing at the kitchen table or in parks. I’d love to write, do intimate readings and workshops in the woods.

Absolutely. The act of being in a different country, attempting to process everything, make all those experiences indelible is a trigger for writing, trying to capture it somehow means inevitably it appears in the work at some point down the line in ways that are unexpected. The interesting thing is reliving those experiences through the writing which tests our ideas of memory, how elastic it is. The way things are revealed and hidden, that each time you write it, re-read it, relive it, it’s slightly different.

Paper and pen. I’m old school, it’s organic for me that way. It never feels quite natural to me if I write straight on the laptop, almost like I’m skipping a part of the process. I always do a first draft of anything on paper, then type it up on the laptop.

Chinua Achebe’s Things Fall Apart. James Baldwin’s Another Country. Both are extraordinary and left me deeply affected for days afterwards.

JJ Bola. His debut novel, No Place To Call Home is out later this year published by Own It. He’s multi talented. I’m excited about his writing journey.

Arundhati Roy’s The Ministry of Utmost Happiness. She’s an astonishing writer. I’m a big fan. This is already one of my literary highlights of 2017 and it hasn’t even happened yet.

It’s an important cultural platform for Black, Asian and diasporic writers, showcasing a range of voices and perspectives that deserve these spaces.