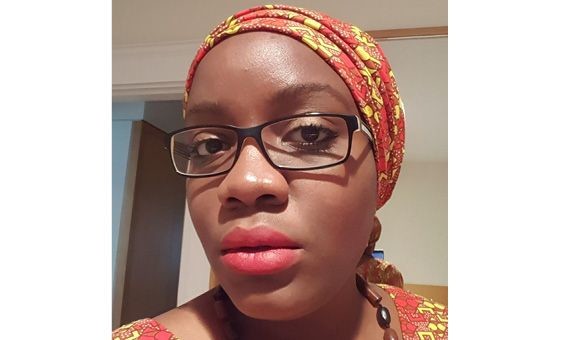 Chikodili Emelumadu (Nigeria) is shortlisted for The Caine Prize for ‘Bush Baby’ published in African Monsters, edited by Margaret Helgadottir and Jo Thomas (Fox Spirit Books, UK. 2015). Chikodili’s work has appeared in One Throne, Omenana, Apex, Eclectica, Luna Station Quarterly and the interactive fiction magazine, Sub-Q. In 2014, Chikodili was nominated for a Shirley Jackson award and is working on her debut novel.

Tell us a little about your story ‘Bush Baby’. What inspired you to write it?

When I was in boarding school, a girl told me a story of this creature which apparently haunted her house – Bourgainvillea house – in the nighttime. To hear her describe it, it was a half-man, half-goat, without any of the grace of a satyr. This creature, a gwei-gwei hopped on its one crooked leg, had a hunchback, and she could not tell me what it wanted, apart from frightening the girls who dwelt within that house. I thought it was disgusting but not scary enough to keep me from my bed.

More than a decade later, Fox Spirit books contacted me to be part of the African Monsters anthology and this creature hopped back into my consciousness. I guess it made more of an impact with me than I first thought! Research showed that there was indeed a creature by that name in Hausa folklore. It had none of the rumoured hircine properties and stories about it differed from place to place, but I thought the core of it interesting enough to base my story – one of sibling rivalry, greed, affection and sacrifice – around. In this story, a brother and sister have to face this monster, to fight, not only for their relationship, but also their very lives. I rather enjoyed writing it.

You’re working on a novel – can you tell us about it?

Ooh, I get excited talking about this novel! And I always have to be careful not to reveal too much, so I’ll give just a brief outline. It’s about a young girl who inherits a peculiar ancestry, and the quest she goes on during which she discovers more about herself and this gift/burden. It’s set in 90s Nigeria with all its issues and will be a cracking read, I promise.

You were born in the UK, grew up in Nigeria and returned to the UK to study and work. How have the two countries shaped your writing?

Do you know, I’m not quite sure. I think that the two meld so seamlessly in my mind that it is not immediately apparent to me. I suppose I am grateful for the sense of community that growing up in Nigeria bestows upon one. However there is also the awareness that one is merely an appendage or extension of one’s family (nuclear and extended), one’s hometown and ethnic group. I think I resented this lack of individuality growing up and this might show up a lot in my work. It does go hand-in-hand with the feeling belonging though, so I took the good with the not-so-good.

I always tell people that the UK is where I matured.  It is where I lived on my own for the first time, worked for a salary,  had relationships outisde the scrutiny of my conservative Igbo society, married and had a child. As anyone who has progeny will tell you, this is a whole other level of rootedness. I’m grateful for the leeway I have here in which to explore my own mind and build my craft. Writing is mostly seen as a hobby in Nigeria, something you do alongside your ‘real’ job which may or may not be related to your field, until you strike it big. I don’t think that I would have had such freedom in Nigeria to work solely as a writer due to this view, as well as other financial constraints. I think this tension between conservative and liberal, contemporary and traditional is a big theme in most of my stories.

I tend to find little niches for myself wherever I am. In our London flat it was an armchair in the living room and in America, it is my basement study. In Nigeria I mostly snuck about writing bits and bobs on scraps of paper but now that it is all out in the open, I will write on a desk in my old room in my parents’ house. My cousin made me that desk, a padded, immoveable thing made for studying. I miss it.

I read a lot – maybe not so much not that I have my hands full. A lot of books have had an impact on my life at various phases. The one book I tend to talk about a lot though is Macrolife by George Zebrowski. It tells the story of a group of people who have to leave our solar system, drill and live inside an asteroid. Man, that book changed me. It promised me freedom on a grand scale. It is not a surprise that its themes centre around escape, security and exploration. And to think, I bought it for pennies at an open-air second-hand book stand in Awka, Nigeria! It’s more than made up for its cost. I’ve only read it once too, but I can never forget it.

Do I have to choose one? I’m notoriously indecisive in my family so we could be here all year.

Finishing up my book and finding representation would be good. I’m also chuffed about the next stage after that. I think I have just about finished work on my debut novel. I can’t wait for what’s next.

Find out more about the Caine Prize here.