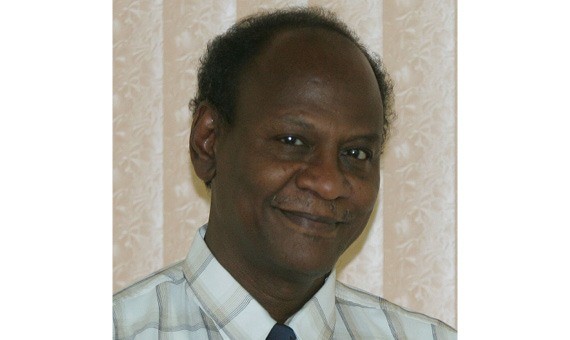 Bushra al-Fadil (Sudan) is shortlisted for The Caine Prize for ‘The Story of the Girl whose Birds Flew Away’ translated by Max Shmookler with support from Najlaa Osman Eltom, published in The Book of Khartoum – A City in Short Fiction edited by Raph Cormack & Max Shmookler (Comma Press, UK. 2016). Bushra has published four collections of short stories in Arabic. His most recent collection Above a City’s Sky was published in 2012, the same year Bushra won the Altayeb Salih Short Story Award. Bushra holds a PhD in Russian language and literature.

Tell us about your story ‘The Story of the Girls whose Birds  Flew Away’. What inspired  you to write it?

I would rather prefer it to be translated ‘The Girl whose Sparrows Flew Away’, not Birds. To give the exact title as I wrote it. This short story was written in Arabic on 1979 but translated in English recently. It is my second short story. At that time women in my country were facing violence, sexual harassment and brutality of all kinds. I’m sorry to see women in my country are still facing the same.

You’re known as a short story writer. What do you like most about that form of writing?

I came to fiction from poetry. I have five short story collections and two novels since that time. I like most in short story writing its being compact allowing poetry to be inserted through images, and the fact that I write it in my mind, before the paper which could not be done in other genres.

Can you recommend some other emerging Sudanese writers?

During the night after my work, on my desk at home.

A Brief History of Time by Steven Hawking.

A collection of all the poetry of the ancient Arab poet Almutanabi who lived thousand years ago. He is the Shakespeare of the Arab world.

I’m writing now my third novel. Setting it in what might happen to my country in 2084 after one hundred years of the famous novel 1984.