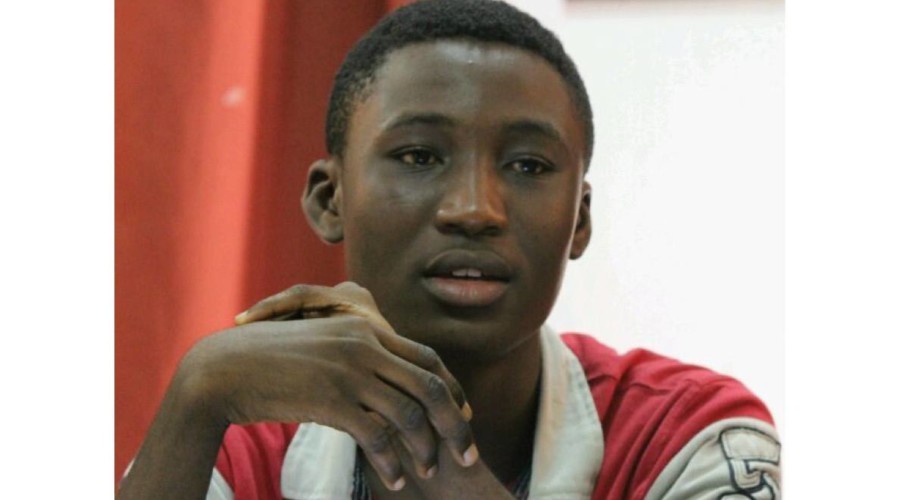 Arinze Ifeakandu (Nigeria) is shortlisted for The Caine Prize for ‘God’s Children Are Little Broken Things’ published in A Public Space 24 (A Public Space Literary Projects, Inc., USA. 2016). Arinze was the editor of The Muse (No. 44) at the University of Nigeria, Nsukka where he studied English and literature, graduating in 2016. In 2013, Arinze attended the Farafina Trust Creative Writing workshop and was shortlisted for the BN Poetry Prize in 2015. Arinze was a 2015 Emerging Writer fellow of A Public Space magazine, where his short story was published.

Tell us a little about your story ‘Gods Children Are Little Broken Things’. What inspired you to write it?

You are also a poet. Do you use poetry to explore the same themes as your prose writing?

I haven’t written poetry in a while, which is probably sad because writing it used to give me such joy! Would I even describe myself as a poet? I really don’t know, for now. But yes, when I write poetry, I am interested in the same themes—love, loss, nostalgia, etc.

Can you recommend some other emerging Nigerian writers?

There are two fiction writers whose stories I both admire and loathe—loathe because they remind me of what is lacking in mine, of how much is lacking in mine, haha! Otosierize Obi-Young writes with such wisdom and expressiveness. He has a short story in Threepenny Review and another in Transition. When I read Gbolahan Adeola, who has been published in Transition, The Commons and The Southern Review, I marvel at his expertise, his control of every element of his story. He knows what he is doing, isn’t groping in the dark like many of us do at this stage, hoping that in our groping we might arrive at something beautiful.

I write wherever I can.

Buchi Emecheta’s The Joys of Motherhood did something to me, at the age of twelve or thirteen, which no other story had done to me until then. I remember recognizing every woman I knew in that book. Adaku, Nnu Ego, the twins: I knew them all! That level of realism was too much for me to handle at that age, perhaps, because for days, weeks after reading that book I would walk with something heavy lodged in my chest, so that, often, I cried.

I’m working on a collection of short stories from which ‘God’s Children are Little Broken Things’ was taken. The stories are linked, not just by their being about men in love with men and boys in love with boys, but in the way that characters get lost in one story and reappear in another. I have an idea for a novel, but writing a thematically-linked book of stories has proven really taxing, so the novel is just in my head at the moment.