In Conversation with Marius Kociejowski 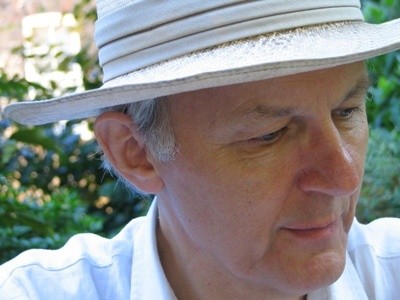 By Wasafiri Editor on September 18, 2011 in Articles

Following on from Marius Kociejowski’s contribution to Wasafiri (an interview with Brian Chikwava in issue 67) we interviewed the writer in a special online feature.

Marius Kociejowski is a Cheltenham Prize-winning poet, essayist and travel writer living in London. His four collections of poetry include Music’s Bride and So Dance the Lords of Language- Poems 1975-2001. Most recently, he published The Street Philosopher and the Holy Fool: A Syrian Journey, an anthology, Syria Through Writers’ Eyes and The Pigeon Wars of Damascus. Currently he is working on a new book, God’s Zoo, a record of a world journey through London’s exile and émigré artists, writers and musicians.
Wasafiri When did you begin to write literature as a serious pursuit? Are there any artists you particularly admire (literary or otherwise) that have influenced your writing?
Marius Kociejowski I think I’ve always written seriously, which is not to say I’ve always written well. It took me years to find my voice, with a hundred failures behind every success, only for those successes to be later seen by myself as failures. At times I’m so self-critical I wonder if I will ever arrive at that imaginary goal I carry within me. The list of writers I admire is long, although not nearly as long as the list of those I do not admire, but to suggest they have influenced me would be to put myself in their esteemed company, which makes me feel uncomfortable. Maybe it is best to say they have inspired me. Among poets of recent times I can cite Zbigniew Herbert, W S Graham, Ivan V Lalic, Geoffrey Hill, Christopher Middleton and many others; in the travel genre, Tim Mackintosh-Smith, Tim Robinson, Alberto Denti di Pirajno’s A Cure for Serpents (but not his subsequent work), and, in a slightly different vein, Gustaf Sobin.
Wasafiri Your book The Pigeon Wars of Damascus depicts your trip to the country five years after your last visit was documented in The Street Philosopher and the Holy Fool. Do you intend to revisit the Middle East during this time of political upheaval in the Arab world? Also, having visited the region firsthand, are you optimistic that a people’s revolution can successfully bring about political and social change?
MK I dare not return any time soon simply because I do not want to compromise my friends and acquaintances. It is too risky to even write to, or phone, them. I am not greatly optimistic about change but then, a few months ago, I could never have predicted the massive protests that are now taking place. The question as to whether any revolution brings about the desired changes is a complex one because almost always there are also dark forces at work. If, for example, the Islamicists were to seize power in Syria it could spell catastrophe for the many religious minorities and sects living there. The one thing that can be said for the Asad regime is that it enforced religious tolerance. Mind you, it did so in its own self-interest. The lifting of any lid, and here I am thinking of the collapse of the Communist regimes of Eastern Europe in 1989, is that it brings to the surface any number of simmering prejudices. The fate of the Roma is a case in point.
Wasafiri You have given talks on the subject of ‘European Travellers to Syria and the Question of Orientalism’. Could you elaborate on your thoughts regarding the topic of Orientalism, for those that are unfamiliar with your discussion of Edward Said’s thesis?
MK I wonder if there is any thinker of modern times who having brought into the intellectual forum a valuable discourse has had such a pernicious effect on the thinking or, rather, theunthinking of his many admirers. What he has given us is yet another ism, another lens through which students and critics, with their prescribed narrowness of vision, deprive themselves of the larger picture. As right as he may have been in general when it came to the particulars Said falsified almost everything he touched. Students read him rather than the works he so casually demolishes.
Wasafiri God’s Zoo, the book you are currently working on, depicts London’s exile and émigré artists. Furthermore, you write in your interview with Brian Chikwava of a sentence in his novel Harare North that ‘captures perfectly the disillusion that sets in when people who come to London’. As you were born and raised in Canada and now reside in London, to what extent has your own background influenced your representation of people who have moved here from elsewhere?
MK So many of the people about whom I write have come from deeply traumatic circumstances. I would never put myself amid their company, even though I do conclude the book with a chapter describing my own experiences of coming to London. This said, I grew up in a condition of exile, with a father who, after the war, was unable to return to his homeland. I grew up with, and breathed daily, that deep pain. I think, too, I gravitate naturally towards ‘outsiders’. I suppose most artists and writers do.
Wasafiri As somebody who has published four poetry collections thus far, has this form of writing complemented your other roles as an essayist and travel writer?
MK Somewhere Baudelaire writes that a poet should always be a poet, even when he is writing prose. This is not an argument for ‘poetic prose’, which I normally despise, but I do like to think of myself as being governed by a poetic perception of things, which is why I think my two ‘travel’ books do not fit easily into any genre.
Marius’s interview with Brian Chikwava appears in Issue 67 of Wasafiri.
Share this...