In Conversation with Idza Luhumyo, Winner of the 2022 AKO Caine Prize 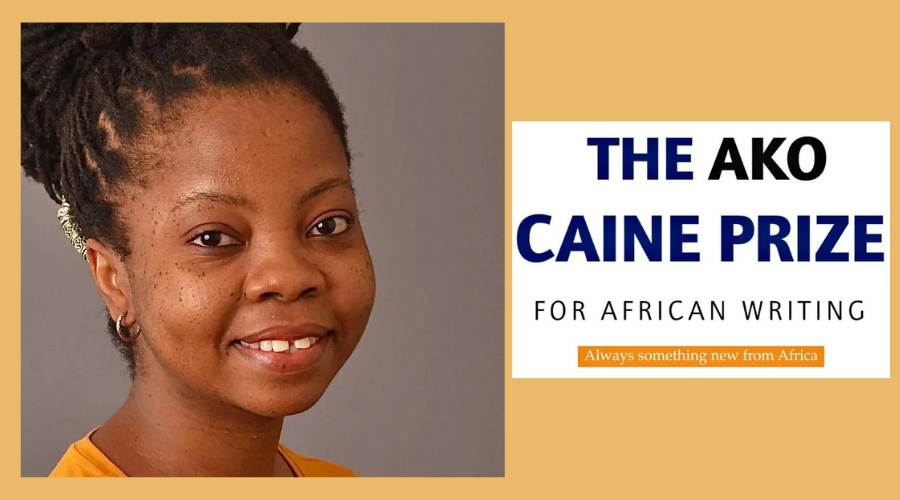 In this interview, Idza Luhumyo talks about her various influences, the intersections between forms, and what she looks for when she’s reading.

Wasafiri: The Caine Prize is one of Africa’s biggest literary prizes, and one that comes with a lot of global publicity and attention. On occasion, it’s also faced its fair share of criticism. How does it feel to have won?  What function do you think the Prize serves for African writers and African literature at large?

Idza Luhumyo: I’m still taking it in, but it’s really validating to know that this story has resonated with readers. The Caine Prize has long been a much-anticipated event in the continent’s literary event calendar, and I know people who see it as an arbiter of some of the best – or, at the very least, most interesting – fiction emerging out of the continent. For me, it’s been fascinating to see just how much the prize exposes African writers’ work to a wide(r) audience.

‘Five Years Next Sunday’ was written and published a few years ago, now, and global contexts have continued to change, lending new resonance to the ideas of community, climate, and exploitation. How has your connection to the story changed over time? Are you able to find things in it that you didn’t see before?

My connection to the story hasn’t really shifted. That said, seeing the different ways the story is being read has been interesting for me. There are a couple of things that some readers have pointed out that have made me see it a little differently. For example, two or three people pointed out that the story’s main character is not named until a couple of pages into the story, and they read some significance into that, seeing as we’re dealing with a passive and isolated character. Because omitting her name wasn’t intentional on my part, it got me musing about some of the things that might also be hidden from you as you write.

As well as short fiction, you’re also trained in screenwriting. Sections of ‘Five Years Next Sunday’ feel intensely visual and vivid —particularly the climax, and the revelation of Seth’s ‘secret room’. What intersections do you see between the two forms in your work?

Technically, you’re working with the same tools, but you’re using them to different ends. My brief spell as a screenwriter really made me see story differently. When you’re writing short fiction, you can ask more of the reader. You’re creating an outline of sorts and there are times when you can trust the reader to do the colouring in for themselves. But with screenwriting, there’s more externalisation that needs to happen. Most of the feedback I used to get was that I needed to write for the eye, and not just for the ear. I imagine these things inform how I write.

Kenya has such a rich literary culture and history, but you’ve also travelled and studied across the world. What, or who, are some key influences for you? Are there themes or other authors that you find yourself returning to?

I’ve got many influences, and it’s difficult to talk about them in a definitive way because each new day brings new influences. That said, I’m drawn to stories that zero in on the local/particular as a way of speaking to larger themes or concerns. I also like character-driven work — the kind that explores human motivation and the contradictions. That’s some of the stuff that excites me.

Past winners of the Caine Prize have included Noviolet Bulawayo, Tope Folarin, Leila Aboulela, and more. You’re also the fifth Kenyan to have won the prize. Do you have a favourite author or winning story? Why?

It’s difficult to choose one favourite story. But I always remember Rotimi Babatunde’s ‘Bombay’s Republic’ because 2012 was the first year I started paying attention to the Caine Prize. Yvonne Owuor’s ‘Weight of Whispers’ is another favourite — it’s such a densely packed story that speaks to serious questions in what we’ve now come to know as Yvonne Owuor’s characteristic exacting prose.

There’s a core thread of loneliness and longing that runs through ‘Five Years Next Sunday’, and you engage with complex questions of communal responsibilities versus personal freedom. What drove your initial concept for the story? What were you trying to communicate?

I’d been thinking about the practice of witch hunts along the Kenyan coast for a while. I was also curious about how we refer to rainmakers in my mother tongue. We say rainmakers ‘have the rain.’ These were the two ideas/concepts I had at the outset. The rest came about in the writing process.

You’ve said before that you think ‘there is something specific that we are looking for when we go towards stories’ — namely, to be moved in some way. What are you looking for in your fiction? Conversely, what do you hope readers will find in your own work?

In my fiction, I just follow the questions/ideas that excite me and try to find interesting ways to dramatize what I’m obsessing over/about. I hope readers come away from my work not with answers, but with (even better) questions than the ones I’m posing. I’m hoping they’ll be moved in some way.

You can read Wasafiri‘s previous interviews with 2019 Caine Prize winner Lesley Nneka Arimah, and Caine Prize Chair Ellah P Wakatama, on the website. Lucinda Loh’s ‘Reflections on the Tenth Anniversary of the Caine Prize for African Writing’ was published in Wasafiri 65.

Cover photo and headshot courtesy of the AKO Caine Prize.