In conversation with Bina Shah 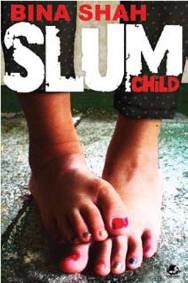 Award-winning Pakistani author, Bina Shah‘s short story, ‘Peter Pochmann Goes to Pakistan’, features in issue 65. Bina talks to Wasafiri‘s Nisha Obano about her writing, her journalism, the influence of Karachi and the growing tension in Pakistan upon her work.

Nisha Obano  Bina, you are a writer and journalist, have you always written fiction or did journalism come first? And how much does journalism influence your novels and short stories?

Bina Shah  For me, fiction and journalism have always been intertwined. In high school, where I really started concentrating on writing, I wrote essays and short fiction pieces – vignettes, really. My first writing class in college was a class in journalism. My second (and last) college writing class was a poetry seminar. I started my career working as a technical writer for a startup IT company producing medical software; but then I came back to Pakistan and became an IT journalist. At the same time, I wrote essays for Chowk and then my first short stories. I’ve managed to nurture the two, like twins.

Some literary editors – especially European ones – used to complain that my fiction was too journalistic and not literary enough; five years ago I was still wobbling back and forth between the two genres without much control.  But journalism has helped me to be a better writer: to ask the right questions, to investigate and research, and to ferret out important details about a story.  Still, I don’t define what I do as strict journalism. I write op-eds with a literary style and essays with a journalistic bent, so it’s a hybrid of the two disciplines.

NO  In both ‘Peter Pochmann Goes to Pakistan’ and your recent novel, Slum Child, the city of Karachi plays a major part in the narratives; it is confusing, divided and full of secrets – not all of them pleasant. What do you find so intriguing about Karachi and how, if at all, is it different perhaps to any other major city in which cultures, religions and classes mingle and collide? 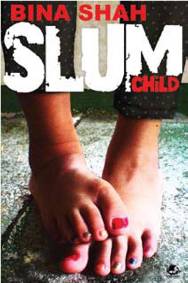 BS  Karachi is not just a city, it’s an existence – and an overwhelming one at that. It’s a city in a constant state of flux. People from all over the country come here all the time – and other countries too. They integrate into the city, into its communities, its economy, its culture. There’s no place in Pakistan quite like Karachi: it’s the most cosmopolitan of all Pakistan’s cities. There’s constant hustle. Everyone’s on the street, trying to make it. We don’t have one mafia, we have twenty. Everything is exaggerated here: good and bad, rich and poor, peace and chaos. Trying to figure out your place in it is like trying to leap on to a horse in mid-gallop. It won’t slow itself down to wait for you. You have to hit the ground running, so to speak, when you come to Karachi. I don’t know any other place in the world as frustrating, as frightening, and as exciting, as Karachi. My favorite quote about this city comes from Humphrey Bogart: “You’re not a star until they can spell your name in Karachi”.

NO  One of the things that I loved most about your story, ‘Peter Pochmann Goes to Pakistan’, is the dark humour which creates a false sense of security, for the story becomes increasingly sinister. Peter is an American who resents having to travel to Pakistan on business, to him Karachi is an alien city, but what I found interesting was the way in which he finds himself in a kind of Western noir fiction in the city – Peter is still brooding over his ex-wife; there are the seemingly innocuous yet unnerving waiters and, of course, the femme-fatale – was this a conscious use of a particular genre or did it organically emerge through Peter’s story?

BS  Everything I ever do in fiction that seems like a sophisticated technique is completely unconscious. I consider myself very illiterate in the area of literature: I never got an MFA; I majored in psychology, not English literature in college – literary criticism confused me and seemed to go against every instinct I ever had as a fledgling writer. Even today I’m still learning about concepts like “intertextuality” and “verisimilitude”.  I wasn’t aware of the noir fiction connection in Peter Pochmann until you made it just now for me. I just wanted to write a very funny story about an American who comes to Karachi totally afraid of one thing unique to this country, but then gets in trouble for something that could happen anywhere in the world.  But some aspects of Karachi are so surreal that they become markers for my stories, landmarks for the absurdity of life here.

NO  Slum Child on the other hand is a very different story – tragic and told through the eyes of a young girl. I was wondering if you could comment on your use of different genres and voices in your writing?

BS  I enjoy playing with voice, with perspective, with character. And then different stories lend themselves to varied genres and voices.  I’m a bit like a ventriloquist or a psychic medium, channeling these voices and these people. They have unique ways of speaking, of thinking, of looking at the world. A middle class, middle aged American man traveling to Karachi for the first time versus a little Punjabi Christian girl growing up in a slum – it’s a challenge to see if I can pull it off each time.

I did have some criticism for the voice of Laila, the protagonist of Slum Child: she sounded too educated, too aware, too worldly to some editors and readers. But I always intended her story to be told from the perspective of a more adult Laila looking back at her childhood. It was a bit of a gamble to make her sound so intelligent and aware, but I thought to myself, “Just because she comes from a slum, I don’t need to make her voice uneducated and dull.” I think that would have been a condescending decision. =

NO  There are, of course, references to recent events which are currently affecting Pakistan – the murder of Daniel Pearl and the trouble in Afghanistan in ‘Peter Pochmann’ for example. These events coincide with an increased interest in writing coming out of Pakistan or by Pakistani writers, could you comment on this? I was particularly struck by the religious views expressed by some of your characters, and also the hostility towards Laila who is Christian. I just so happened to be reading the novel when I heard in the news about the murder of Shahbaz Bhatti, the Minister for Minorities and also a Christian. Are the prospects for minorities in Pakistan becoming increasingly grave?

BS  They certainly seem to be getting worse and worse. But I wrote Slum Child in 2006 – almost five years ago now.  The attitudes towards minorities were always poor; I’ve written about things that I heard or observed throughout my life, not just in recent years. The issue of minorities is getting more media attention now as these high-profile murders – Salmaan Taseer, Shahbaz Bhatti – are coupled with people’s growing awareness that there is huge inequity in our society between Muslims and non-Muslims. Only recently did these prominent government figures attempt to take up the blasphemy laws and get them amended so that they couldn’t be used to harass religious minorities. In a different climate, perhaps they would have succeeded, but with the situation in Afghanistan and our own problems with the Taliban, this is a very harsh, if not impossible, climate in which to enact any kind of change in a moderate or liberal direction.

NO  Congratulations on the success of your latest novel, A Season For Martyrs, which won the Il Mondo Di Bambini international prize in 2010. Slum Child was also a bestseller in Italy. Could you say a bit about the international literature scene in Italy – is it thriving? Is there a greater reception in the Italian market to translations than there currently is in the UK?

BS  I’m not an expert, but I see tons of titles from different parts of the world on my publishers’ Web site, which leads me to conclude that Italians are working much harder than UK publishers to get translated fictions on the bookshelves. Compare this to my experience trying to get published in the UK in the original English versions of my books: unsuccessful so far – so translated fiction doesn’t seem to have much of a chance beyond a few specialist imprints from a very small number of publishers. I wouldn’t like to make any generalizations about the international literature scene, but I get a sense of the Europeans being open to many different languages, many different writers, whereas the UK scene is much more insular, less open to risk. It’s probably a reflection of the national climate: of a pulling-in, a drawing-in, that’s related to the recession and the financial and political woes of your country. I hope things swing the other way again sooner rather than later.