‘I had no room to get a running start, so I had to fly’: Mieko Kawakami 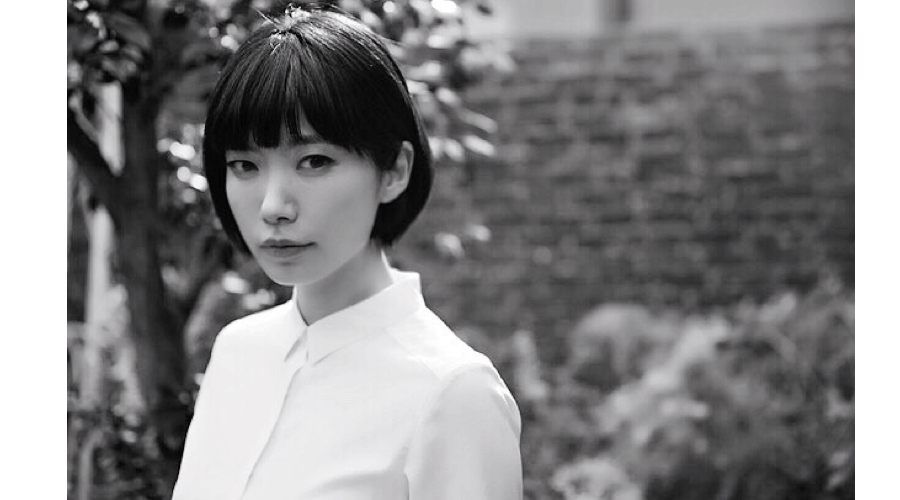 Mieko Kawakami, born in Osaka in 1976, made her literary debut in 2006. She has published nearly thirty volumes of novels, short stories, poems, and essays. She has also published a book-length interview with Haruki Murakami, and served as the guest editor for the Women’s Issue of the literary journal Waseda Bungaku. In 2016, Granta Japan selected Kawakami for its Best of Young Japanese Novelists volume. Her novel, Breasts and Eggs (Chichi to Ran), will be published in English by Europa (U.S.) and Picador (U.K.) in 2020. This interview was conducted in person with the author in Tokyo in December 2019.

Hitomi Yoshio for Wasafiri: The theme of this current issue of Wasafiri is ‘Literatures of Remembering,’ and it features an excerpt of your poem ‘the day before’ that you wrote after the triple disaster in Tohoku, the tsunami, earthquake and nuclear meltdown — 3.11. Can you talk about how this poem came into being? You also wrote a short story on this theme ‘March Yarn’, from the anthology, March Was Made of Yarn. What is the relationship between literature and memory?

Mieko Kawakami: Memory seems to be as important as life itself. You can never perceive the present in the exact same moment that it’s occurring, so when you construct your identity, you’re constantly accessing memory. But it’s impossible to preserve every minute and every second, to archive every experience at the same level or in the same capacity. So that’s why we need words, to narrate and pass on memories. But words also create gaps. There are just as many memories as there are people, so there’s no correct version of one event. That’s why we need many different kinds of voices and experiences and by reading those voices we understand and construct a bigger picture of the world. Literature in that sense exists alongside memory. We tend to write from our own perspectives, and that makes it nearly impossible to write a definitive version. But whatever our own particular circumstances, we all write with a similar relationship to memory somehow. Whether we write about the present or the future, memory is always the source, acting as the scaffolding we stand on. So when something enormous occurs, like, for instance a natural disaster, people are simultaneously thinking about one thing. Memory functions in an extraordinary way on these occasions.

So you’re saying that there are personal memories and memories that are somehow shared with others?

Yes, we have the capacity to capture both types of memories, without conflation. And we try to weave together the memories through photography, journalism, audio, and so on, but we can only produce segments of the whole. It’s impossible to preserve things in their original magnitude. That’s why I believe we bear huge responsibility to choose certain images or words.

The poem ‘the day before’ was written just after 3.11, right?

Yes, I wrote the poem not long after 3.11. I wasn’t in the disaster zone, but I heard about how the cellphones of people who had gone missing would keep ringing and ringing, even though no one was there to answer them. So I wrote a poem about that. A few years later, when the theatre company MUM & GYPSY suggested adapting the poem into a one-woman performance, I revisited and revised the poem. We thought there must be things you begin to see only after the passage of time. We tend to want to regard 3.11 and 9.11 as isolated events of the past, as part of memory, but we forget that the days are continuous, that there was the day preceding the day we all remember. We know nothing about what will happen tomorrow. That’s such an obvious fact that we don’t even think about it. But I wanted to write about that precise moment, the day before the catastrophic day.

During the Monkey Business authors’ tour in New York right after the triple disaster in April 2011, there were many conversations about 3.11. I remember Hiromi Kawakami saying that right after the disaster, poetry became the primary mode of expression, and many people began submitting their poems to newspapers. Do you think poetry, as a genre, has a particular power in these extreme situations?

Yes, definitely. Short poetic forms like tanka or poems that rhyme are portable you might say. Sure, you can physically carry a novel with you, and ruminate on the impressions and memories in your mind, but there’s something different about being able to remember something in its entirety. It would be hard to memorize an entire novel, but you could easily do that with a poem. People experienced losing everything — their houses, all their material possessions were swept away. All that was left were their bodies, their memories. Also, just words — no pictures or photos but just words. Poems are also portable in another sense; there’s a certain distance between what’s written and what’s conveyed. You can carry a poem with you; you can hold it for a long time and feel its effect emotionally without having to analyze its meaning or logic. Of course, poems are also written through the mind, but its effect is different somehow from fiction. I feel that sincerely.

Are you conscious of writing in one genre over another, or do you choose the form that feels most natural to the content?

I never consciously decide if I’m going to write a poem or a novel. It’s already decided from the start. If something in my mind wants to become a poem, that’s how it comes out. It’s all subconscious. I think it’s already separated from the start. Even with novels, I tend to write with a structure that has an explosive ending.

Like the piano music scene in the story, ‘Dreams of Love, Etc.’

Yes, everything speeds up and in the end, something explodes, it’s like something is filled to the brim until it all spills over with great force. I guess that’s how I perceive the world, how people live and experience life. When I was younger, I thought I could die any day, and I wrote thinking it might be my last chance so I spent 100 per cent of my energy on each piece. I had no runway leading up to the take-off, so to speak. All I had was that single moment, so I had to give everything I had. Now, I can spend a year working on a single novel; I have the stamina to write several hundred pages over a length of time. But back then, it was like a battle. I had one stage to prove myself. I had no room to get a running start, so I had to fly…

Hitomi Yoshio is Associate Professor at Waseda University. She specialises in modern and contemporary Japanese literature with a focus on women’s writing. Her translations of Mieko Kawakami’s works have appeared in Granta, Freeman’s, Words without Borders, Monkey Business and The Penguin Book of Japanese Short Stories. She received her PhD from Columbia University in 2012.

This interview was originally published in full in Wasafiri 102, Japan: Literatures of Remembering. Continue reading by purchasing the issue from our online shop in print or Kindle format…

You may also like: Wasafiri Wonders with Morgan Giles

You make also like: Quite A Catch by Matsuda Aoko