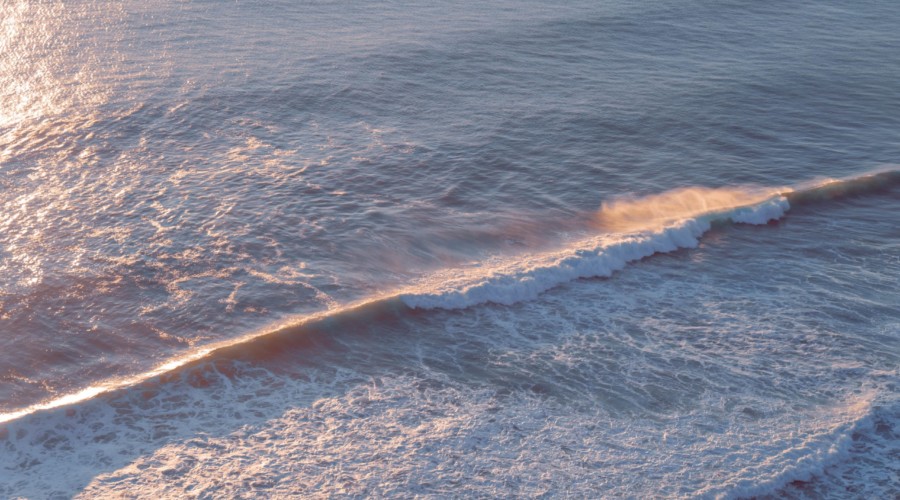 in the far-spread ocean solitudes

Hinemoana hides herself so perfectly

in the fold of the tide

she thinks she would prefer to stay untethered

so moves from place to place

Hinemoana is a blue hallway

she is a backlit expanse

something to be caught adrift in

Hinemoana is not something to take possession of

she might let you climb into the house of her body

but you will not return from there

Hinemoana dreams of biting down on flesh, viscera

spitting out bone as she goes

her desire is more likely to destroy

she erodes the land with her wildness

only to appear as a footnote in someone else’s story

she sees herself in the surface

it gives her pause

she does not recognise herself

a mirror reflecting another mirror

life growing inside her

aglow in the darkness

when the baby is born

she gives it as a sacrifice to the sea

slips the pink lump into the bloody water

Stacey Teague (Ngāti Maniapoto/Ngāpuhi) is a writer and editor from Aotearoa New Zealand. She is the poetry editor for Awa Wahine, has her Masters in Creative Writing from the International Institute of Modern Letters, and has one book, Takahē (Scrambler Books, 2014) and two chapbooks, not a casual solitude (Ghost City Press, 2017) and hoki mai (If A Leaf Falls Press, 2020).

Wasafiri 106: the Water issue is out now.