Hazel and Fiver by Shamini Sriskandarajah 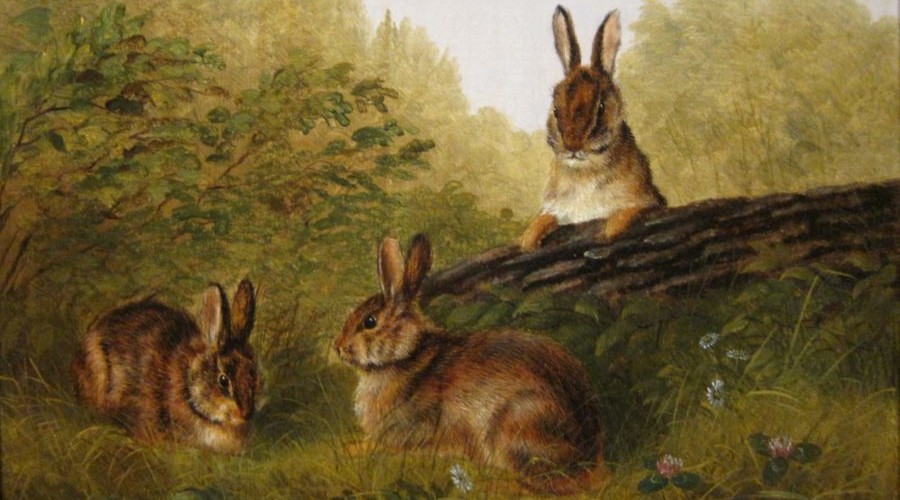 By Wasafiri Editor on May 20, 2022 in New Writing Prize, life writing

Wasafiri is proud to publish the shortlisted works of the 2021 Queen Mary Wasafiri New Writing Prize. These poems, essays, and short stories detail a range of emotions and experiences, produced by skilled new writers from all over the globe. In this life writing piece, Shamini Sriskandarajah writes tenderly about memory, sacrifice, family, and the stories we tell one another.

Ten minutes after your fifth meltdown of the day, you’re laughing to yourself in bed. I am learning the hard way not to trust your giggles or your tears. I used to be a sucker; I would rush over with smiles, ready to join in your laughter, or with tissues and hugs to soothe your crying, and you would turn from Jekyll to Hyde. Then I’d regret it.

But when I don’t rush over, I’m left with the guilt. I know you probably feel incredibly alone, in your world that none of the people who care for you will ever truly understand.

Earlier this evening you said pink pink pink. Pink towel? Pink pyjamas? Pink what? You get even angrier when people repeat your word and don’t understand what you’re referring to.

It was the pink hairbrush I bought you in Toronto last year — metallic pink with multicoloured spheres on the end of each black bristle. Earlier I’d heard a thud as it flew across the room and hit the wall. It was now stuck in an awkward spot behind the TV.

You know the word hairbrush. I know you do. I’ve heard you say it before. So why don’t you say what you mean? You have such a limited vocabulary anyway, but it shrinks even smaller when you’re like this.

One evening last winter, you went to bed without prompting at seven thirty. But then you got stressed looking for something in the pile of clean laundry. I tried to help. It sounded like you were saying black. Black leggings? No. Black underwear? No. The black sweatshirt you were wearing earlier? No.

Eventually it turned out you wanted to wear a dress, and rather than any of the dresses hanging in your wardrobe, you wanted a yellow and white t-shirt dress that you wore a few times during the heatwave. You wore it in bed for a couple of hours before you changed into your pyjamas.

This morning, you let me lie next to you on your bed, you comforted by the gentle weight of the duvet covering you, and me outside the duvet, close enough but leaving you a screen of safety.

‘Once upon a time,’ I start. You say your name, so the story is about a girl with your name and a sister called — you say my name. It’s a boring story. Two sisters go for a walk in the woods, as per fairytale. ‘But there were no wolves or huntsmen or wicked stepmothers,’ I add. The sisters pick strawberries, which are inexplicably growing in the dark shade of the woods, and fill their baskets ‘higher and higher and higher’. I raise my hand to show the basket filling up. You raise your hand up as well. The sisters go home and make pastry, cook a strawberry pie on the fire, and eat the pie with their cups of tea.

I ask if you want another story. You say yes. For days all you wanted was to stay in bed eating one snack after another, no company, so this is a turn up. It’s also the reason I have to change every story to avoid mentioning the foods you crave. Strawberries and pies are safe, porridge is safe, gingerbread is safe, cake, chips, and even ovens are a no-no. Chicken is a bit of a risk but I’ll say chicken-bone without thinking, because what else are the girls in the story going to hold out when they’re locked in a blind cannibal’s cage?

But how many fairy tales and Disney scripts can I churn out, rewriting the scariest parts and padding them out so they last more than five minutes? I once made the mistake of trying to tell you the story of Inside Out and that was bloody difficult. ‘There was a girl called Riley and her parents said they had to move house. She felt very sad because she missed her friends and she didn’t have a bed so she had to sleep on the floor. And inside her brain there was…’ Never again.

That’s why I decide to tell you the story of Watership Down. It’s an epic, so even if I can’t remember every detail on the spot, I’ve read it and seen it enough times to make the story last longer than an abridged Disney tale. Instead of sisters, it’s about brothers. Like you, Fiver is different from everyone around him. Like me, Hazel is fiercely protective of and – at times – exasperated with his sibling.

‘There were two rabbits,’ I say. ‘Two brothers. Hazel and his little brother, Fiver.’

On the evening of Grandma’s funeral, I try to keep you occupied so our mother can watch the live-stream in peace. You have your dinner early, then I ask if you want to watch Minions. I set up the tablet on one of the shelves in your bedroom. The tall bookshelves on the end of your wardrobe are empty after you threw the contents down the stairs. You lie on your second bed watching the film and I lie on your main bed. I can’t see the screen properly because I’ve stopped wearing glasses when I’m with you, after you bit and threw my old pair, breaking the arm off. Do you remember?

I have the live-stream set up on my mobile and I try to watch it secretly, with the sound off, looking up and smiling at you or making quiet noises to sound as though I’m also watching your film. The cartoon about little yellow beings in blue dungarees who travel to London to work for an evil woman in a red dress; not the video of our grandmother lying in an open casket in a crematorium, watching our aunts and uncles and cousins mourn her thousands of miles away.

When it looks like you’re getting restless, I sit next to you and take a video. You don’t like having your photo taken, but you don’t mind selfies and videos of the two of us. Maybe it feels more fun, less tiresome or exposing than being the only subject of a photo. You must be fed up of people looking at you all the time.

You seem smiling and cheerful in the video. So do I. I ask you what colour the Minions are.

I laugh. Then you laugh. ‘The Minions are yellow,’ I tell you. ‘But Gru wears black and the woman in the dress is wearing red.’ I realise you were looking at us in the phone and not the Minions on the tablet when you answered. ‘My hair is black. Your hair is black.’

I wonder what you’ll say when more of my hair turns grey.

I try to show you the funeral on my phone. You won’t be able to work out who anyone is and you’ve never been to a funeral. But Grandma cared about you even though she hadn’t seen you for years. I’m touched that you’re able to watch, even if it’s only for a few seconds.

You are chirpy enough the day before my birthday, so I ask if you want to make a cake. You jump out of bed and come downstairs. I have already mixed together the butter and sugar, having learnt from recent experiences that one reason you’re keen to bake is the chance to eat sugar or cocoa by the spoonful after you’ve measured it out. Even when you start coughing as cocoa powder sticks to the back of your throat and I try to get you to slow down and drink some water, you valiantly soldier on.

But I’m better prepared when you bake my birthday cake. I have the creamed butter and sugar ready in a big bowl, I have measured out the gluten-free flour and baking powder and xanthan gum, I have broken the eggs into a mug, and poured the milk and rosewater and bubble gum flavouring into a small measuring cup. I turn the taps right on to encourage you to wash your hands properly – otherwise you just run your fingers daintily under a dribbling tap — and you dry your hands and sit at the counter. In front of you is the big bowl of butter-creamed sugar and a whisk. I push the mug of eggs towards you and you tip them into the bowl and stir a couple of times with the whisk.

‘Very good! Here you go.’ I whisk it fast so it’s easier for you to take over. You stir it round and round. I take a quick video.

‘What are you making?’

You have a huge smile. I don’t know if you just happen to be in a good mood, if you’re actually enjoying yourself, if you’re smiling because I’m smiling, or because I’m pointing my phone at you while you’re baking. Maybe the why doesn’t matter. You whisk a little longer, then:

You run off to the sitting room and watch TV. I finish making the cake mixture and ask you to help me pour it into the sandwich tin. It’s funny how you’re impatient about a lot of things, especially in the kitchen, but somehow baking is something you’re patient about. You wait uncomplainingly as golden syrup falls into a saucepan from a spoon, or cake mixture drops into a tin. There’s no need to scrape and turn the bowl around to get all of the mixture out; you simply wait for gravity to take effect.

Unlike your birthday cakes in recent years, this cake smells of bubble gum and roses rather than baked eggs, so I don’t feel nauseous after taking it out of the oven.

We watch Ratatouille while we drink our tea.

‘What are we watching?’

I ice the cake quickly on the morning of my birthday, with dark, ready-made chocolate icing that I know you’ll like, even if you’re not fussed about the bubble gum and rose cake.

When we’re back from the horrendously-timed first visit to your new residential home, you rest for an hour, then I bring you a cup of tea and some cake in a bowl, while you watch Wallace and Gromit on the tablet.

You scrape the icing onto your spoon. Then you decide to eat the cake as well.

Months after you’ve moved, when we’re not allowed to see each other because of the residential home’s blanket ban on visitors, I watch an episode of The Office. The manager is eating tiramisu while on the phone to his boss and keeps coughing as the cocoa powder hits the back of his throat. ‘Are you ok?’ asks the boss. The manager says yes, has another spoonful, and the coughing starts again. 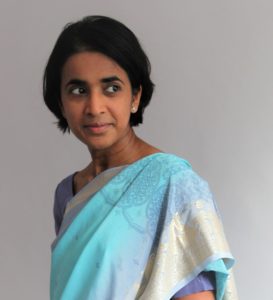 Shamini Sriskandarajah is a carer, therapist, bereavement counsellor, clinical supervisor, florist, writer, and editor. She writes poetry, fiction and life writing about the intricacies of loss, friendship, and family. Shamini also writes non-fiction about floristry and gardening, culture and society, and mental health and inequality.

Cover photo ‘Rabbits on a Log’ by Arthur Fitzwilliam Tait, via Wikicommons, under the Creative Commons Licence.