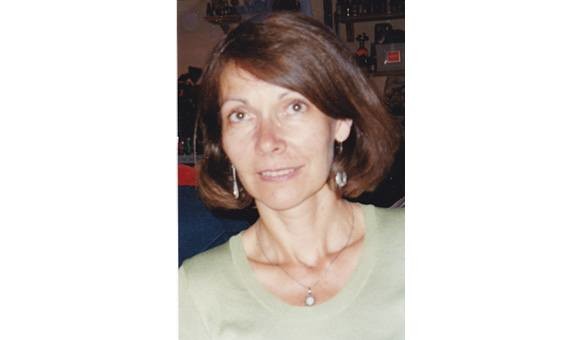 By Rosemary Benzing on November 23, 2017 in Fiction

It was one of those grey days when even the best plans seem ill fated, Monday and the school holiday. Mum and I were going shopping. She particularly wished to buy me something for the disco on Thursday. I think she felt, having been ill for months, she had neglected me. In a sense she had, but she couldn’t help it so I didn’t blame her.

Mum said she was better now, but I saw worry lines around the eyes and greying tints in the auburn of her hair and knew how she had changed. It was during her faith healing era. She had taken to visiting this tumbledown shack of a church where the walls shook with Hot Gospel and the dead were raised every Sunday or something of that kind. I didn’t take much notice. Still I respected independent thought and didn’t interfere as long as she left me alone. I didn’t blame her really. She’d had so many operations in the course of two years I wondered how she held together. Then on top of them, or probably as a result, she had a nervous breakdown and spent four months in hospital. Though she seemed to improve, the doctor said the trouble might recur any time and he couldn’t cure her. For a woman who has led a pretty active life, this kind of news isn’t cheering but poor hope is better than none and this is where the faith healing came in. The funny thing was that Dad, who’d never gone in for the Holy Spirit thing at all, started to go with her. I’d never seen him at Church before except at Aunt Laura’s wedding and that was inescapable since he gave her away in Grandpa’s absence.

The faith healing didn’t do a thing for Mum as far as I could see, but she thought it did, which was all that mattered. On this particular Monday, the subject was much on Mother’s mind. In fact, it stole the conversation during the entire bus journey into town. She was hoping to convert me with real proof that the whole thing worked. Physical change would be necessary to convince me. Well— she tried to tell me she had absolute proof.

Apparently, at last night’s meeting, Dad had been persuaded to go up to have his weak eyesight cured. He’d taken off his glasses and put them in his pocket. Then while the preacher shouted, he fell to the ground as if in a faint and then an astounding thing had happened. Dad started to cry and he wasn’t the kind who cried. If anything, my Father was insensitive.

Afterwards, he got up and said he could see as clearly as with his glasses on. Then everybody prayed again, making a lot of noise I daresay, until Mum and Dad caught the bus home.

I wasn’t terribly impressed. Dad wasn’t blind anyway and if I took my glasses off, I could squint my way around without actually getting lost but Mum said I’d understand one day and as it was a relief to get her off the subject, I left it at that.

Whether it was the steady drizzle that spluttered relentlessly or the conversation that got us off to a bad start I can’t say, but the day went flat before it began. We trailed round the usual shops but couldn’t find anything so Mum suggested we have something to eat. I think she just needed to give me something. Being in hospital had removed her from the family, so back at home again, she had to keep proving we belonged together. She looked so happy in that brief moment, I suddenly felt aware of just how vulnerable she was.

The clocks had gone back and it was growing dark when finally we caught the bus home, so there was only just enough time to cook Dad’s tea. I helped Mum prepare the vegetables and then laid the table. We were only just ready in time.

Dad was a man of habit. He got up on the dot of seven. At 7.45 he left the house and at six o’clock he returned. When he hadn’t arrived by five past six, we were surprised and a little cross. After all, we had hurried home when we needn’t have done. At quarter past six I said he was selfish. He could at least have phoned. At twenty past six the telephone rang. I think Mum knew before she answered it. I knew when I heard her voice. They didn’t stay long on the phone. When she put the receiver down she looked broken, but she didn’t go to pieces the way I thought she would. She just got anxious about trivial things like how many pairs of pyjamas he would need. So I called our neighbours who drove us to the hospital and stayed there till we needed to come home. In fact, we didn’t stay long because he was in a complete coma and there was nothing we could do. Mum tried talking to him, pleading that he’d hear, but he couldn’t respond. The sister said he had severe head injuries and if he lived, the chances were he’d have brain damage. But we must realise he might die. I prayed long and hard that night, prayed that he’d live whatever his condition. We’d get by, nursing him if he’d only pull through.

The coma lasted four days. We visited on each of them and instructed the sister to contact us, if or when the crisis came. It hurt that they didn’t. He died on October thirty first during the night. I felt we’d let him down not being with him, though Mum said it was for the best we weren’t there. He had a cerebral haemorrhage and it was the night nurse’s first death. She was just nineteen, not much older than me. She coped well, the sister said but afterwards she broke down and sobbed and they sent her off duty early. I felt sad for her.

Things happened so fast there wasn’t time to think. Everything seemed unreal. The announcement came over the radio with a request for witnesses. It was just like the ones you hear any day, only it was my Father who’d been killed and his name coming over the air. We seemed outside the situation, only things needed doing and we had to do them.

The main witness of the accident was a policeman so it was essential to see him before the inquest. Apart from general questions, there was the business of returning Dad’s property. There was very little really. His clothes were burned at the hospital, but they sent the contents of his pockets: his wallet with a little money, a photograph of Mum and me in a plastic folder he took everywhere and the glasses he’d taken off the previous day, still unworn in their case. The bike was sold for scrap and the couple of pounds it raised sent on to us. I’m glad we were spared dealing with it.

The funeral seemed unreal. People we’d never heard of sent flowers. There were sixty seven wreathes and each time one arrived, Mum cried again. Between the Church and the cemetery I remember looking out of the window and seeing someone I knew. I wondered if I should wave, or if you didn’t do that kind of thing from a funeral cortege.

The inquest came a week later and the verdict was given as accidental death. We had the feeling it was his fault and we were being spared something. That was out of character too, for Dad was a careful driver. It wasn’t until it was all over that it began to feel real. Mum and I sat down by the fire at home. The visitors had stopped coming and we were alone together for the first time. I put my arms round Mum’s shoulders and wondered how she would bear it. We never heard from the pastors and Mum didn’t go back to that church again.

Born in Vizagapatam, South India, Rosemary Benzing was brought up in Stretford, Manchester. Her defining childhood moments include being one of seven hundred children communally mourning the Munich air disaster and being only yards away when Simon Sandys-Winsch was  killed in the T.T. races.

Married with a grown-up daughter and two grandchildren. Her son died in 2008. Lives in rural Shropshire with husband. Enjoys trips to London for theatre visits, walking along Cornish cliffs and playing the piano.