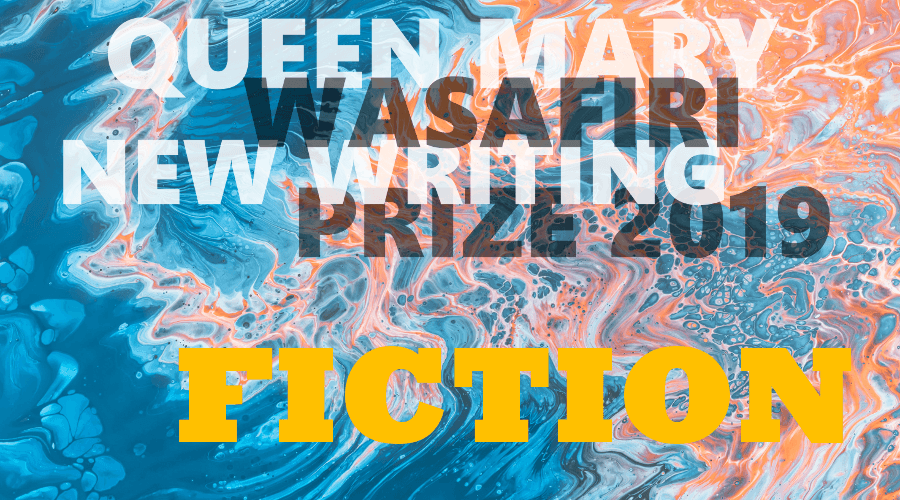 I can’t quite touch the future without it.

You’d have loved our table. It was loyal, a good listener. Mahogany, in colour. It got on with everyone, even the 84-year-old sourpuss from Number 5 who bribed it with value cordial in return for the TV remote. Songs of Praise, Sunday, 1.15pm—she’s got a thing for Aled.

It’d eat anything. Weapons grade rice, suicidal salt, escaped bread crumbs, the ghost of newsprint, saliva that jumped before it was pushed, grease from dropped chips and the exploded splatter of tomato ketchup—humanity’s offerings to the god of home. And in return

It was what you might call well-dressed. Plastic flowers, His and Hers pill boxes, newspapers for the racing, consolation-prize demi-pens from the bookies and boxes of tissues because there’s always something that can’t be consoled. Candles from the grandkids, gratefully received and still waiting for a power cut. It kept this bowl of Werther’s Originals for donkey’s years like some sort of holy relic. It was gorgeous.

In the end, I think, it all got too much.

It knew things that table. It had this way of leaning into life. It saw our daughter escape through the window when we locked the doors. It knew more than the police about the woman found burnt to char on those church steps on Christmas day. It was our sanctuary when that sweet, sweet boy from Park Road froze to death. It caught all the useless guilt of the bloke next door and helped him stand after he found out his kids had come loose in Father Penny’s hands. But it wasn’t all secrets and sadness, not by a long way.

When you’ve got a family you need a place to share, dream, gather.

She sits there, looking at me. She’s been here all this time. I wouldn’t mind but silence never was her strong point. She’s 54, my daughter. Likes to talk and cry and treat me like a child even when she’s the one making no sense. That’s kids for you. Left home at fifteen which is when she discovered fags, booze and boys—and now she’s like a fly in my eye. Apparently, women without children live longer.

But what about the table?

She puts her hand in a pile of crumbs, as if that was a table, and I say, ‘For God’s sake, shut up!’ Because she doesn’t understand that you can’t just put a pile of crumbs and rice grains and sticky rings of coffee and cordial on a stupid slice of wood with four skinny legs and call it a table.

I wonder who invented the table?

There was never a time before the table.

I mean, before the table there was the virtual table, a spot on the ground where people would sit and eat and talk and share and argue and get poisoned and lie and choke. You didn’t need a table to have a table, or a chair to have a seat.

The way it stands and holds things and gathers people who aren’t gathered.

My table stood there for forty three years, like a guardian or a sphinx or something, and now it’s gone.

It wouldn’t have just left. It must have been taken, stolen.

And she says, ‘Oh right. I mean, why would burglars nick jewellery or cash or computers or car keys when they could help themselves to a scratched old mahogany-in-colour table from an ex-council house in Nechells. Must be worth a mint!’

I can’t tell if she’s trying to piss me off or make me laugh.

I loved that table.

And she breathes hard and says, ‘We all did.’

tables leave when there’s nothing left to celebrate.

There are crumbs on my hands. She tries to brush them away but I make fists. No.

If you don’t have a table you’ve got to make one, because if you don’t there’s just a space where things don’t happen and you spend whole days in bed, not happening, and there’s nowhere to dream.

We’re at a church. It’s Friday 18 January, 10am. In the church there’s a gurney, and on the gurney there’s a long box. You can get them made of wicker these days or cardboard. I even saw a 1970s punk rock montage and one that looked like a pink mobile phone. Flowers are popular, and trees and fish. He’d have liked fish. This one’s mahogany. In the box is the body of a man and on top of the box there’s a picture of the man, smiling. I want to smile back, but I can’t.

The vicar says, ‘Some people believe death is the worst thing that can happen to a person, I’m not so sure.’ He says it as if he’s seen lots of life that’s worse than death and he knows.

People sing hymns and talk to God. Children, held tightly, squirm quietly. Our daughter gets up and walks to a stand at the far end of the church. She looks at the gurney, and her voice snags in her throat and can’t come out because she can see that

it’s not our table.

She says love can’t be spent, it can only be invested and when it’s invested it grows and makes the world a bit more beautiful. She says birth is when your body and the potential to create are released into the world, and death is when your spirit – the energy of everything you have created – gathers and becomes for the very first time.

There are crumbs on the palms of my hands, and I remember, and I know that she remembers.

It snows at the cemetery. There are big chunks of unburied brick and the damp earth looks red, as if lots of homes were killed in battle long ago and never stopped bleeding. It’s freezing. I throw roses into the grave and the crumbs from my hands are like confetti made of yesterday’s biscuits.

Then it’s time to go and, god, all these people—they’ll expect me to pretend the stupid slab of wood in my kitchen is a table that can hold whatever you put on it, that knows everything.

And she says, ‘I know,’ and rubs my back, but she doesn’t understand.

In the car I feel sick. I want to open the door and jump but I can’t breathe. I try to breathe but the car is moving too fast. There’s no space. Every light is green. Everything freezes and burns. I’m falling and there’s nothing to hold. I want to sit at my table and remember everything I’ve forgotten and drink its secrets and share its silence and hear it say my name. But I can’t because it’s gone and I don’t know how to find it.

I don’t want to live a single day without it.

I’m back at the house. My heart skips and jumps and races because there are so many people and I can’t remember collecting them and they all look so thirsty.

Everyone is watching me, following me, expecting me to say something. Those in the living room say, ‘How are you?’ and, ‘It was a lovely service,’ and ‘Sorry for your loss.’ The leather sofas complain with every shift. Leather’s resentful like that. I say, ‘Fine’, and ’Thank you.’ It seems to be enough.

Pink can’t stay deep. It rises to the surface and becomes

There’s nowhere to go. I want to go to bed but I’m not allowed. I won’t be allowed to sleep or eat for months.

Close family and friends are in the kitchen. There’s music on. Someone laughs. My daughter is singing

Who used to wash your clothes for you…

She calls me like I’m an old friend she hasn’t seen in years and presses me into a chair.

My great-grandson runs around the room. She grabs him and nuzzles his earlobes. He squeals and squirms, makes monster noises and escapes her catch.

She talks about her dad. How he’d dance the twist with one leg off the floor, like he was stubbing out cigarettes mid-air. The softness of his hands. The way he’d hold a screaming child and coo and kiss until the child knew what it meant to feel safe.

And I remember how he’d steal East Indian mangoes from his uncle’s orchard when we were courting, the most delicious mangoes in Jamaica.

‘Green, but the smell. Boy! As you turned through the door you’d smell them!’

She remembers his stories. The one about his aunt, Anna Channa, who thought he was the devil because his mum gave birth to four boys and he was the only one who survived. Daft stories about being a cowboy in America and eating cold beans from a tin, even though he’d only ever seen America on the telly. Scary stories about people who’d meet you on the road and tell you to go home, and when you got home you’d find the self-same person had died.

And I remember how he wrote to tell me that some Jamaicans had to sleep in phone boxes because the English refused to give them rooms, and how he’d worked for 120 hours in a single week to pay my passage to the motherland.

…Who used to wipe your nose for you

Who used to hug and kiss you…

She remembers coming here, to this house, when she was 10. White kitchen cupboards, a long front lawn where we planted nasturtium, gerbera and lobelia in violet, midnight blue and hot pink. The luxury of a downstairs loo, the apple tree in the back. She thought it was a castle, and it was.

And I remember how England stole his heart, despite the cold and the knife-wielding Teddy Boys and the people who asked to see our tails and ‘Do you wash your hair with shampoo?’

Remember who, who used to change your di-a-per

Who used to find you supper

Don’t forget, your mother and your father

Everyone has a giving hand. Words flow faster than wine. The table, our table, is alive with steaming bowls of rice, chicken and mutton. Cake crumbs and sticky spillage. Songs, stories and laughter. It has a long, straight back and four strong legs. It holds everything. We are

Susan Hunter Downer is one of seven children born in Birmingham to Jamaican parents. She has worked administration, journalism and public relations and currently works part-time for a mental health organisation in Sheffield. She enjoys writing, reading, walking, cooking, cycling and spending time with the many generations of her huge family.