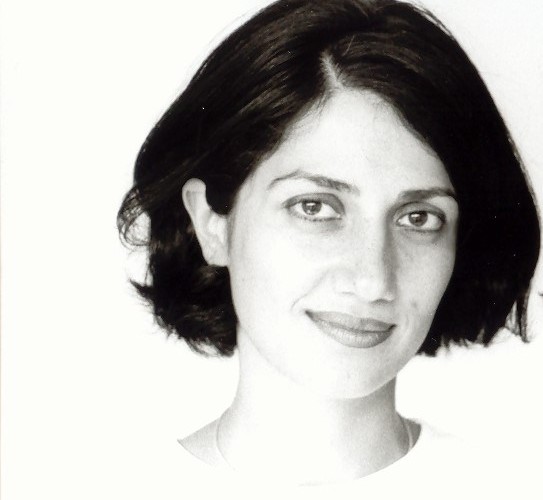 By Wasafiri Editor on December 20, 2016 in Articles

Shiva Rahbaran was born in Tehran. She was eight years old when the last Persian monarch, Mohammad Reza Shah Pahlavi, left Iran giving way to the foundation of the Islamic Republic. Together with her family she left Iran for Germany in 1984, where she studied literature and political science at the Heinrich-Heine-University Dusseldorf. She continued her studies at Oxford University, where she obtained her doctoral degree (DPhil) in English literature. Having lived in Munich and Zurich for twelve years, she moved to London in 2013 where she is currently living with her family. Her latest project is a novel about the life of an Iranian family during the Islamic Revolution.

—
What are you reading right now?
I am reading Ian Mc Ewan’s In a Nutshell and Proust’s Within A Budding Grove parallel to each other.
Where do you write?
I am mostly writing at home. However, when I get stuck I have to leave home and write somewhere else, which is almost always the British Library. I don’t know of any place better than the British Library for getting a good dose of creative distraction. For me distraction is a way of distancing myself from the problem in order to be able to solve it
Does travelling inspire your writing?
While I travel I just take in my surroundings; sometimes I imagine the thoughts of a close or a famous person who’s been there before me.  Most of the time, though, it is the memory of the trip that inspires me. And that often can happen many years later!
Paper and pen or laptop?
To get into the mood I use paper and pen. But to actually write the piece down I need my laptop – only to revert to paper and pen when I get stuck again.
What was the first book you read that made a difference?
Funnily enough, I was enthralled by the sense of mystical suspense in Orhan Pamuk’s The New Life whose opening line read: “I read a book one day and my whole life was changed…”
The first piece of writing that left an enduring impression on me was the text about an autumn walk in my Persian text book in second grade in Tehran. To this day every time I take a walk in autumn I remember the description of the sound of dry leaves under the feet of the flaneur in that text.
Nicholas Mosley’s Hopeful Monsters was an eye-opener. It showed me that you can write a highly interesting novel of ideas inside a historical novel without losing track of the ideas.
What one book would you take to a desert island?
Sohrab Sepehri’s divan of poetry Hasht-Ketab (aka Eight Books) because his poetry touches me like “The Sound of Footsteps of Water” (the title of one of his most famous poems) and gives me hope that I will one day walk out of this desert of an island if I don’t lose hope.
Which new author should the world be reading?
Oh, that is a difficult question. The Iraqi novelist Abbas Khider should be read more widely. He was a political dissident under Saddam – imprisoned, tortured and finally smuggled out of the country. He only started to learn German in the 2000s, (in his late twenties and early thirties) and since then has published in that language some of the most poignant, and painfully funny stories about the life of (mainly Arab Middle Eastern) refugees, – the stories of their yearning for belonging and non-belonging; their hopes and their fears and most importantly their hilarious sense of humour in very Kafkaesque situations.
What book or books are you most looking forward to reading next?
Iris Radisch’s biography of Albert Camus. My in-laws gave it to me a long time ago and I just discovered it in the bookshelf of my bedroom. The opening chapter portrayed Camus’ emotionally and materially impoverished childhood in Algeria in a very lively and uncompromising war. It drew me in immediately. I look forward to reading it after I have finished the books I am reading now.
What role does Wasafiri play for international contemporary literature?
In English speaking countries, where literature is quite uniform and the voices from non-English speaking cultures are rarely heard, Wasafiri enables the reader to travel not only the world, but also the underworld.
Share this...