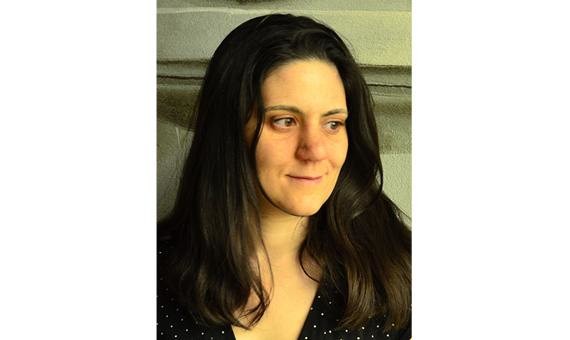 Rowyda Amin is the author of two pamphlets, We Go Wandering At Night And Are Consumed By Fire (Sidekick Books, 2017), and Desert Sunflowers (flipped eye, 2014). In 2009, she was awarded the Wasafiri New Writing Prize for poetry and in 2012 she won the Venture award from flipped eye press. She has performed at many UK venues including the Ledbury Poetry Festival, the Brighton Festival, the Victoria and Albert Museum and the Royal Festival Hall.

Rowyda was born in Newfoundland to Saudi Arabian and Irish parents and lived in Riyadh and London before moving to the USA.  She blogs at www.rowyda.com

I tend to read several books at the same time, rotating them according to my mood. This is the stack currently on my nightstand:

In the Language of Kings: An Anthology of Mesoamerican Literature — Pre-Columbian to the Present by Miguel Léon-Portilla & Earl Shorts

Birdsong on the Seabed by Elena Shvarts (translated by Sasha Dugdale)

I jot down ideas in a notebook when I’m away from home, but all serious writing is done at a desk in my bedroom. It faces a window, which is great for staring out of while thinking, and it has a lot of space to spread out various drafts of the poem I’m working on and to prop up the books I’m reading for inspiration while I write.

I enjoy travelling, but other people’s accounts of their travels have had a far greater influence on my work. I’ve written poems that draw on the writings of Marco Polo, Lafcadio Hearn and Álvar Núñez Cabeza de Vaca. Other poems have been inspired by places, such as Kyoto, Venice, Berlin and the deserts of the American Southwest, that I’ve read about and imagined but haven’t visited.

I always use pen and paper until the poem is a few drafts away from being finished. In the early stages, I need to get a lot on the page quickly and for me writing is much quicker than typing.

At age fifteen, I came across The New Oxford Book of American Verse and it turned me on to poetry. I still have the same copy, which I treated horribly, including reading it while spending hours in the bath. I can tell which poems I used to read most often because of how wrinkled those pages are from the steam. Eliot, Stevens, Pound, Cummings, Plath, Dickinson, Langston Hughes, Galway Kinnell and Poe are all in very bad condition.

I would take the complete works of Gerard Manley Hopkins. His poems always make me happy and would help me to stay alive while I waited for a chance to return to civilisation.

Falling Awake by Alice Oswald, Hymn for the Black Terrific by Kiki Petrosino and Alfred Jarry: A Pataphysical Life by Alastair Brotchie.

Wasafiri presents literature and cultural commentary unbound by arbitrary divisions of language, culture and nation. It is a magazine that plays a unique role not only in Britain but in the English-speaking world.