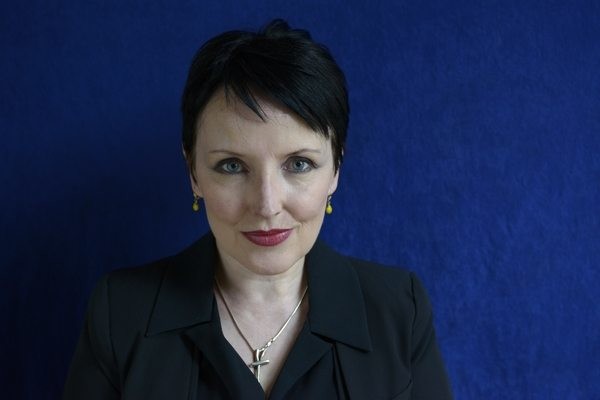 By Wasafiri Editor on March 2, 2017 in Articles

Jaki McCarrick is an award-winning writer of plays, poetry and fiction. She won the 2010 Papatango New Writing Prize for her play, Leopoldville, and her most recent play, Belfast Girls, developed at the National Theatre Studio, London, was shortlisted for the 2012 Susan Smith Blackburn Prize, the 2014 BBC Tony Doyle Award and won the Galway Theatre Festival Playwriting Prize. Belfast Girls premiered in Chicago in May 2015 to much critical acclaim and is shortly to make its debut in Canada. Jaki won the 2010 Wasafiri Prize for Short Fiction and her debut story collection, The Scattering (Seren Books) was shortlisted for the 2014 Edge Hill Prize. She was recently longlisted for the inaugural Irish Fiction Laureate and is currently editing her first novel. She is also working on a second collection of short stories, Night of the Frogs.

For the past few years I’ve been working my way through the novels of Iris Murdoch and am currently reading The Flight of the Enchanter. I’m also reading Eileen Battersby’s recent debut, Teethmarks on My Tongue. Also, Alice Oswald’s stunning poetry collection, Falling Awake – and a number of books that I’ve been asked to review.

I most often write in a small study in my house in Ireland. But I don’t always work particularly well there! I like to get moving in the mornings so ideally I’d like an outside office to work in, that I could perhaps walk to. I believe Nick Cave has an office away from his house as does John Banville. There are too many distractions at home! When I was Writer-in-Residence at the Centre Culturel Irlandais in Paris, in 2013, I wrote in the cafes around Rue Mouffetard every day. I produced a lot of work this way. I also like to write while travelling on trains (though not buses). But I know I’m very lucky to have a study at all so I do the best I can and try to get on with it!

Yes, it definitely does. I always get new ideas when I travel and I often find solutions to problems in a story or piece of work just by changing the scenery. Travel has also provided me with lots of new settings for my stories and plays – such as my story Hellebores (which is set in Florida) and my play Bohemians (which is set in New York).

I write my first drafts (of everything – prose, plays, poems) by hand, on paper, usually in pencil. Then I type the work up onto my laptop.

When I was a child I was a big fan of the Narnia Chronicles by CS Lewis and I do think they helped develop my imagination – as well as giving me a love of ‘wintry’ settings. But the first book to ‘blow me away’ was Le Grand Meaulnes by Alain Fournier. I read this novel when I was about fourteen and I’ve never forgotten it. It’s still one of my favourite novels. I think it was the intoxicating mood, the sense of longing in the writing that struck me. I was in the grip of that novel’s mood for months after reading it.

I think I would take some intense and difficult reading just to keep my mind focussed on staying alive, so it would have to be Infinite Jest by David Foster Wallace.

This is difficult to answer because I come to writers at all different points – when they are new, established, or dead hundreds of years! I don’t set out to read new writers just because they’re new. In fact, in the scheme of things, I’m new. Can I answer ‘me’ to this question? No? OK, then in that case a relatively ‘new’ writer who I find very exciting is the American playwright, Annie Baker. Her play The Flick is wonderful – and I’m looking forward to reading her new play, John. I also liked Laura Van Den Berg’s intense poetic novel Find Me, which I read last year. And a new-ish Irish poet I’m a great fan of is Miriam Gamble.

It’s an incredibly precious literary platform, one which honours plurality in an age seemingly obsessed with borders and walls and dividing humans from each other.