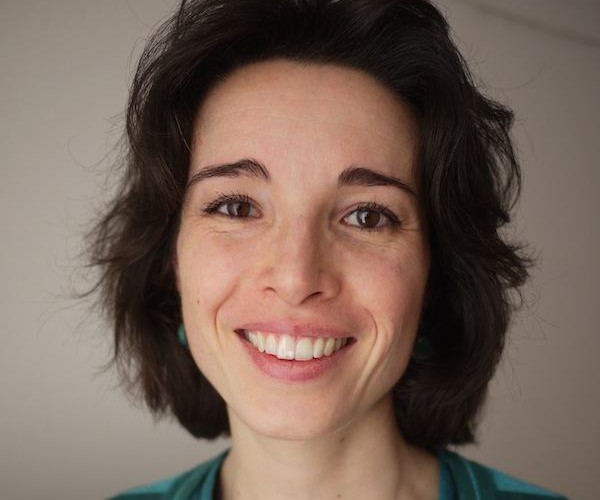 By Wasafiri Editor on February 23, 2017 in Articles

Catharine Mee grew up in Birkenhead and now lives in Durham. She has an MA in Creative Writing from Lancaster University and a PhD in French and Italian literature. Her stories have been published in Wasafiri, The Salt Anthology of New Writing 2013, Unthology and Prole, as well as online. She won the Wasafiri New Writing competition in 2012 and the Northern Writers’ Clare Swift Short Story Award in 2015. She has recently completed a novel, Terra Borealis.

Robert Tressell’s The Ragged-Trousered Philanthropists. It was published a century ago and is depressingly relevant today.

Notes whenever and wherever the inspiration takes me. Most writing happens at my desk, which is tucked into the corner of a landing.

Yes! With two small children at home I don’t travel much at the moment, but I studied languages and had some wonderful opportunities to travel and live abroad when I was younger. Those experiences inform most of my writing at some level because they have shaped me as a person at every level.

I used to believe in carefully written notes in expensive notebooks, but then I realized that I get more writing done on cheap pads because I don’t mind messing up the pages. I do most of my writing on a laptop as I redraft endlessly.

Probably Enid Blyton’s The Secret Island. It’s about four children running away from home to live by themselves on an island. I was about six when I read it and it gave me wanderlust (not that I had any reason to run away).

Assuming I had a Bible, I would take Stella Gibbons’ Cold Comfort Farm. It would keep my laughing.

I fear my answer to this question may reveal my woeful ignorance about new and exciting authors. I tend to focus the little reading time I have on classics and not read as much contemporary writing as I should. However, I did recently read and loved Carys Davies’ debut collection of short stories, The Redemption of Galen Pike. I would recommend her to anyone.

I recently bought James Joyce’s Ulysses, so that it is on my shelf glaring at me and I will one day have to read it, but perhaps ‘looking forward’ is not the right term. As a full-time mother I mostly look forward to having time to read rather than reading anything particular.

Wasafiri provides a platform for diverse voices, pushing us beyond our comfortable bubbles, introducing us to writers we might not otherwise read. I have always taken the existence of publications such as Wasafiri for granted, but these things cannot be taken for granted. In these strange times we need those diverse voices more than ever.