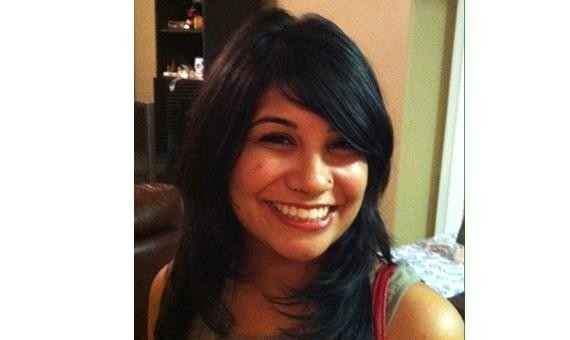 By Wasafiri Editor on April 4, 2017 in Articles

Aurvi Sharma has been awarded the Gulf Coast Non-fiction Prize, the Prairie Schooner Essay Prize, the Wasafiri New Writing Prize in Life Writing, the AWP Emerging Writer Scholarship, and a Glenna Luschei Prairie Schooner Award. She has received fellowships and scholarships from the MacDowell Colony, the Santa Fe Art Institute, Tin House Writer’s Workshop and Sarai. One of her essays was a notable in the 2016 Best American Essays. Her writing is also forthcoming or has appeared in The Kenyon Review, Pleiades, Fourth Genre and Essay Daily.

I live in New York City and write out of a shared workspace for writers called Paragraph – it’s a third floor walkup with free coffee and a silent room with creaky floors and little white noise machines that purr around the furiously typing (or morosely ruminating) writers. I love it.

Absolutely. By the time I was 14 years old, I had lived in 9 cities and studied in 8 schools. This wandering has come to define my writing and my life, becoming the lens through which I view everything. I live away from the country of my birth and I feel like my life is a long trip. The idea of what home is  – when one ‘travels,’ what does one go away from, and what does one come back to – colours all my writing.

When traveling for research I make copious notes on paper but the actual writing is always on a laptop.

I first read Amitav Ghosh’s The Shadow Lines 20 years ago. Since then I’ve read it multiple times and every time I find new meanings in its pages.

The Shadow Lines is a book written in English by a Bengali writer who lives in London. It’s a book about muddled histories and belonging, and as a teenager it captured my entire subconscious past, giving me a glimpse of what I could be.

When I read the book I was a tremulous, bilingual writer in the making, still struggling with my affinity for a foreign language steeped in colonialism and class. The Shadow Lines made me believe that I, too, had something to say. That I could write. That I could write in a language that wasn’t my mother tongue. That I could free the language as well as myself from history and reach, as Ghosh says in the book, “to a place where there was no border between oneself and one’s image in the mirror.”

I’d take all the versions of the Ramayan with me. A. K. Ramanujan said there were at least three hundred Ramayans told across Asia, and each version has stories nested within stories nested within more stories. What better way to spend my time? (I’d also like to cheat and take a monstrous, alphabetised, cross-referenced print version of Wikipedia for such gems.)

Yaa Gyasi and Ocean Vuong, both brilliant, devastating writers. I can’t wait to read their next books.

The English language literary world is so focussed upon Caucasian British and North American narratives. I love Wasafiri for the the platform it gives to marginalized voices from around the world. They showcase so many incredible writers of colour who may otherwise not find a home for their work in mainstream media. Not only didWasafiri lead me to discover some of my favourite global writers, it also gave me confidence at the beginning of my career by publishing my work. Literature is richer for the efforts of Wasafiri to bring to the fore stories as diverse as the world we live in.