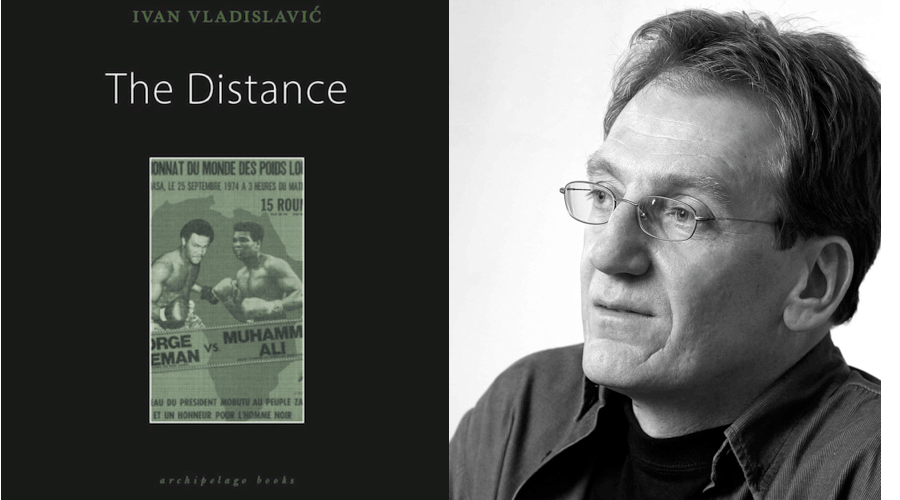 By Wasafiri Editor on September 15, 2020 in Fiction

A single year brings two big changes: I become a man and my brother becomes an American. My new status is announced by Mrs Mitchell from over the road when she hears that my voice is breaking. My brother’s change of nationality is promoted by Jolyon Barlow, a new kid in the neighbourhood who has some experience in the matter. His father is a missionary, a Methodist, and the family has spent a few years in Illinois. When they come back to Pretoria they move into a house in the next block, a place that always looks strange to me because the facebrick walls have been painted white. (Dad agrees: Why would you paint a facebrick?) Kids are territorial – we become friends with the neighbours mainly, the kids we share fences with – and the next block is another country. On top of this, Jolyon goes to a private school in the city rather than the local government primary like most of the boys in Clubview. In time, though, he and Joe cross paths at Funchal Caffie and they become friends.

Two lame ducks, you could say. Jolyon is a sad boy with a cheerful name. We call him ‘Jolly’ although he asks us not to. Some childhood illness kept him in a hospital bed for a year and a half, and although he and my brother are in the same standard, he’s older. Also smaller, with blue-black hair and wet sea-green eyes, and an impressive scar all the way down his breastbone. He was opened up, he says, unbuttoning his shirt to show us. When he touches the pale skin on his chest you can almost see through it. I think he’s a clot, but Joe needs friends.

In the summer holidays, Jolly starts coming over to our place. Sometimes they ride their bikes through the veld to the old quarry or the fence around the airfield, although Jolly isn’t supposed to, he should always be near a telephone in case he collapses and someone has to call an ambulance. Mainly they wage war in the yard with machine guns made from tomato-box pine and spark plugs. Although it seals his fate, Joe agrees to be the Germans so he can use the lines he’s picked up in war comics and Alistair MacLean books. Maybe he feels sorry for Jolly too. Our yard makes a good battlefield because of the fruit trees and the crumbly bricks and rusty scaffolding piled up behind the servants’ quarters. Jolly’s yard is too neatly suburban for warfare, full of delicately flowered ground covers in wavy beds. In any case, it’s quiet as a hospital over there. His mother gets migraines and lies on her bed all afternoon with a damp cloth over her face. The rumour is that she’s stark naked: her head hurts so much she can’t bear to keep her clothes on. Peter Hendricks, who sits next to me in Biology, claims to have had a good look at her through a crack in the shutters. That’s another odd thing about the Barlows’ house: it has shutters instead of curtains. Something Mr Barlow picked up in America. In this climate? says Dad. He needs his head read.

Now and then I go with my brother to visit Jolly, who’s nearly my age and could actually be my friend if he wasn’t such a tit. We never set foot in the yard and I never go near the shutters. We sit in his room listening to Elvis Presley records, no rock and roll, just hymns and Christmas carols, and reading comics. Some people think comics are bad for you because they stop you from reading books. Nonsense, Mom says, just look at Joe. We have as many comics as we like, so many we pack them in boxes and keep them under our beds. Jolly’s parents think comics are the work of the devil and he’s forbidden to read them. Naturally he has a huge collection, which he hides in jigsaw-puzzle boxes and under cricket pads. When we’re reading comics in his room, with the Monopoly board open on the rug just in case, it feels like we’re doing something daring. You’d think it was Scope instead of Little Lotta. Sometimes, after I’ve gone for a slash, I hang around in the darkened passage near the door to the master bedroom hoping to catch a glimpse of Mrs Barlow, imagining I can hear her stretching her naked limbs and smell the fruity perfume on her skin. In her birthday suit, Peter Hendricks said. The phrase gives me a hard-on.

Now Joe comes back from the Barlows with a stack of Archie comics in a tartan togbag and an announcement. He and Jolly have decided to become Americans. They’ve made a pact. Eventually they plan to go and live in Chicago, which Mr Barlow says is the most American of cities, and they’ve made a start by changing their names. From now on Jolly will be known as Little Louis Carnovale and Joe as Nate Simms.

At the kitchen table that evening, he tells us the plan and asks us to start using the new name. Nate Simms! Now I see that it smacks of simulation: it’s the half-real sort of name he would give a character in one of his novels. But then it could only sound preposterous.

Carnovale, says Mom. Isn’t he that chap you played football with at the Italian Club, Bo? The one who went out with Dottie Fisher and broke her heart?

What about the rest of us? says Dad. We’ll all have to change our names or people won’t know we’re related. The Simmses have to stick together.

Joe is silent. He hasn’t thought this through.

No, no, that won’t do. It’s un-American. How about Harvey?

Over my dead body, I say. And we all laugh like crazy.

The idea of becoming an American grows on me, if I’m honest. I’ll never be a Harvey, forget it, but I’m happy to play along, using my American vocab and speaking with a twang. Nate and I egg one another on. Howdy pardner. So long bub. At the supper table, Dad joins in. Pass me the ketchup, Harvey Wallbanger. When Mom asks how we’re doing, we say, Just swell. Nate tries to carry his library books strapped up in his school belt. It’s a stretchy elastic belt and the books keep falling out. Why do American kids do this? Don’t they have bags? Mom puts up with all this malarkey. It’s not the first time Joe has found a language between the covers of a book and it won’t be the last. There was a time when he’d always jis clumb a tree or half drownded hisself. That was the Huck Finn phase. You’s the orneriest, block-headedest boy I ever did meet! It was even worse after Philip Marlowe. Dad loses patience quickly, although he’s always been a bit of a Yank himself with his Buicks and Chevs and his toolboxes full of spanners made in Detroit.

My brother’s game gets to me because I understand his longing. I also want to do American things and own American stuff. Eat hotdogs and drink root beer, hang out at the soda fountain and go to the ball game, live in a suburb where there are no fences between the yards and the kids blaze their own trails across the blocks like frontiersmen. I want a pogo stick, a baseball cap, a fishbowl full of sea-monkeys with little crowns, just add water. Most of all I want a television set. I want to watch TV so badly it hurts.

This surfaces in my mind now: two little boys, two naughty little bastards, one black and one white, climb into a washing machine and are whirled around in the suds.

Where does it come from? Maybe it’s Our Gang, a black-and-white flicker on the screen before the main attraction. What else is left in my memory? A boy tilting a slat in a wooden fence, passing through the gap, ghosting across the neighbour’s yard like a cat. Huck Finn? No, that would be Joe’s story. Let’s say Dennis the Menace. It’s a fantasy of knowing the territory expressed in a borrowed register. We belong exactly where we find ourselves. We swing over fences as if they’re hurdles for our amusement, play kleilat down at Sesmylspruit, come home with pine resin stuck to our shirts, blackjacks in our socks and the new hairs on our calves, we are smeared with the brown dust of our own world. And still we wish we were somewhere else.

America doesn’t last. In the new year, the accent fades away, as Mom knew it would, and Nate Simms is forgotten…

Ivan Vladislavić was born in Pretoria in 1957 and lives in Johannesburg. His books include the novels The Restless Supermarket, The Exploded View and Double Negative, and the story collections 101 Detectives and Flashback Hotel. In 2006, he published Portrait with Keys, a sequence of documentary texts on Johannesburg. He has edited books on architecture and art, and sometimes works with artists and photographers. TJ/Double Negative, a joint project with photographer David Goldblatt, received the 2011 Kraszna-Krausz Award for best photography book. His work has also won the Sunday Times Fiction Prize, the Alan Paton Award, the University of Johannesburg Prize and Yale University’s Windham-Campbell Prize for fiction. He is a Distinguished Professor in the Creative Writing Department at Wits University.