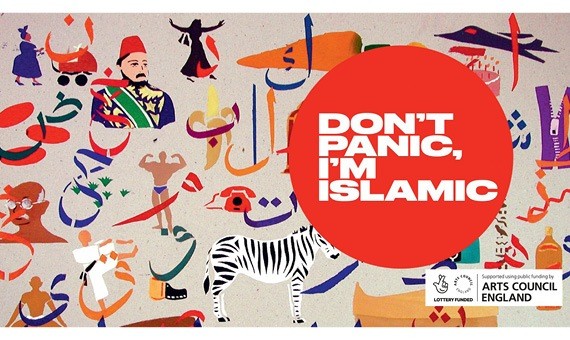 In the film Flying Blind, a white woman, Frankie, who works as an aeronautical engineer designing drones for the Ministry of Defence begins an affair with a much younger Algerian refugee. After she is detained by the security services and told that her lover is a “person of interest” she discovers that he has looked at Islamic fundamentalist websites on his computer, is an illegal immigrant and has suspicious scars on his body. She suspects that she has become implicated in a terrorism plot and her father even goes as far as to ask her, “Do you think it wise to have an Arab boyfriend given the nature of your work?” In the end, Frankie comes to realise that her (and the viewer’s) readiness to misread evidence and assume a threat simply because her boyfriend inadvertently fits the profile of an Arabic threat comes at a great cost. The film is instructive of the paranoias that exist in western societies about Arabic and Islamic peoples – more than any other religion, Islam is made to carry more than its fair share of stereotypical freight – and illustrates why a book like Don’t Panic, I’m Islamic: Words and Pictures on How to Stop Worrying and Learn to Love the Alien Next Door, to give it its full title, is necessary.

There are many things that are remarkable about this timely and subversive book, but easily the most remarkable thing about it is how many major award-winning artists and writers the reader has never heard of before contribute to it. If such writers and artists had been white and feted just as much, would they be more visible to a wider readership? It’s debatable. Here are artists, writers, journalists, comedians, activists, filmmakers and the odd drag-queen whose work is part of the public collection of the British Museum (Chant Avedissian whose art graces the cover of the book); has won BAFTAs (Omar Hamdi); is frequently published in The Guardian (Arwa Mahdawi); and has been on the BBC 100 Women list (Bahia Shehab). It underlines that something is really lacking in the myopic way that westerners regard Arabic people if the most recognisable name on the list of contributors to such a book is that of the British Poet Laureate, Carol Ann Duffy, who is distinctly not Arabic or Islamic. Notwithstanding her very apposite and impactful contribution in the poem ‘Comprehensive’, the reader has to wonder if she has been included precisely because of the pulling power of her name.

This resolutely secular and somewhat uneven anthology, commissioned by London-based Saqi Books in response to the US travel ban and composed of a multifarious collection of short fiction, memoirs, poems and artworks, opens with a couple of insouciantly provocative essays. Arwa Mahdawi teaches “how to distinguish an acceptable Arab from a terrorist in 6 easy steps” and what Arabic words you should not be alarmed by while Karl Sharro walks the reader through The Joys of Applying for a US Visa. Who knew falafel could be so contentious? It appears in no less than the first two articles.

Laugh out loud quotable lines set the tone – “Do you feel yourself to be more Libyan, or more homosexual, Sir?”which is continued in a cartoon by Chris Riddell lampooning Donald Trump and Theresa May while other artworks juxtapose unexpected elements. Hassan Hajjaj’s Kesh Angels photographs combine women wearing Nike embossed burkas, bestriding Harley Davidson motorcycles within a frame ringed by Lego. Chaza Charafeddine’s Divine Comedy series mixes photographic portraits of men wearing Carmen Miranda style headdresses with1940s Egyptian, Indian, Afghani and Iranian popular portrayals of mythological beings. Tammam Azzam uses graphic art in From Syria with Love to create visual composites of the conflict in Syria in which the walls of a bombed out building are bedecked with the aces and deuces of playing cards or a posse of Andy Warhol style Elvises guard another bombed out building. This kind of art is so infrequently given a platform that the reader wishes the book had space for a lot more.

Don’t Panic, I’m Islamic’s great strength is that the writing is indeed, to quote the endorsement from Brian Eno on the bright and inviting front cover, “bursting with creativity, wit and intelligence.” The even greater strength is that it curated its content from an international cross-section of the Arabic diaspora. Stories, memoirs, articles and artworks come from places as diverse as UK, US, Libya, Iraq, Egypt, Lebanon, Syria, Iran, Morocco, Turkey and France. But by far the greatest strength is the insight it provides into the traumas, crises of identities, the micro-aggressions, the anger, hurt, fear and the constant sense of threat that blights day to day lives of Muslim and Arabic people around the world because of the ‘war on terror’. A Guardian reader from Surrey, also a biologist at Harvard University suffers a psychotic breakdown in the immediate aftermath of 9/11 when he witnesses such things as vehicles bearing slogans like “All Muslims must die now!” A father trains his children into semi-paranoia for the ‘new America’ after the Trump travel ban. A young Arab-American woman studying in France becomes dislocated when her classmates assure her she is white. This book further subverts stereotypes by highlighting the cultural and geographical hybridity of many Islamic identities. Negin Farsad describes this phenomenon: “I’m a Third Thing – Islam doesn’t explain me, Iranian poetry doesn’t explain me, and apple pie doesn’t explain me.” She is a composite of all of those things but yet feels strangely alienated from all of them.

The book isn’t without its flaws. The unevenness in the balance between the amount of art, journalism, stories and poetry gives the impression of a scattergun approach in the commissioning of the contributions. Further, some of the contributions are conspicuous by how unsuited they seem to be for this anthology. While all the other pieces grapple with the nuances of being Islamic in a world that chooses to vilify Muslims and Arab people, Alex Wheatle’s ‘Shade-ism’, about the consequences of a wife’s jealous rage following her husband’s affair leaves this reader scratching her head as to why it was included because neither of its two characters appear to be Muslim or Arab and the story sheds no light on what it means to be either of these two things in the 21st century.  On balance though, Don’t Panic I’m Islamic is a very strong start to what I hope will become a strong and very visible series of anthologies of art, wit and critical thinking.