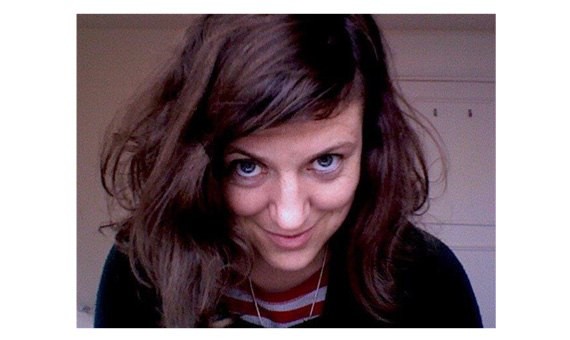 The football field in Siolim’s still green,
hopeful after yesterday’s monsoon rain.
Only the dogs are out, sleeping sideways
as if fallen in constellation from the sky

like storm drops. They jump up at sharp
sunfall, shake their tan coats of dun sand,
chase together after white bubbler crabs
then line up by the black shore net

ready for their fish-wait, even until dawn.
As the catch shallows to tail height
they leap just behind the fishermen,
nosing the taut blue hem of the mesh

each one a mirror of the day’s edge,
each last dance before a pack of strays.

At the base of the lion-white Se Cathedral
an egret ripples his slender neck.

As I pass through the security gate,
bong, bong, bong, his tender eyes search

for this sweet-sounding creature.
He steps his pronged toe behind a guard,

one claw pushing her khaki sari into earth.
I join a sea of foot-forwarding pilgrims,

in a glass cabinet, the pane above his head
wiped of kisses by a sweat-beaded assistant.

lying on loungers with a bottle of Johnny Walker
demanded from the boy at Riverside Beach Cafe.

There aren’t enough breasts so they’ve left for Arambol,
but not before one introduces himself to mine.

The crow watches them leave, sets his legs
on the shack like a man and shrieks ownership.

He claws the spoil to his nest in the high cross
of a coconut palm, an ever-refinable work

The Stages of Craving for an Impossible Someone

You want to hold me near the black water.
In my mind, I’m already there,
your breath at my nape.

We turn, stilled, on a flat stone.
The calcium in my limbs fizzes;
the tiny edges of you fuse with me.

My body is a full water:
I leak a trail of daisies.

What will happen if we meet?

The pheasant watches me
from her dry path.
She lifts off,
rolls ungainly
over the hedge.
Her squawk scolds me.

I walk the long grass towards the largest tree;
rain spreads on my jacket.
Wet fields shine forgiveness.
I walk the river home.

Listen to me as I try to reach
above the Himmalayas
to the night kingdom,
that slim band of plateau
below Everest and her sisters.

Listen to my marching, the crunch
of my feet on winding tarmac,
scree, earth and snow.
I’m looking for light in the unlit,
listen to my scrabble for it.

All I’ve heard is there’s a tree, nude,
like a birch but not, with moss fingers
where all the grey birds sit.
They’re not grey, they’re rainbowed
but they’ve shed all their colour.

They’ve shed all their names.
I know a yellow breast who lives there.
He called to me on my balcony,
sitting on the weathered steel top,
his webbing on the ornamental curve.

He called to me every day last year.
He told me of the night kingdom,
above the Himmalayas,
where’s there’s light in the unlit.
Listen to my scrabble for it.

Zillah Bowes is a writer and filmmaker. Her poems have been published in magazines and anthologies including Mslexia, The Next Review and Tate Modern.  She received a New Writer’s Award from Literature Wales in 2014 and a Creative Wales Award from the Arts Council of Wales in 2017. She was selected for the Writers at Work programme at Hay Festival in 2016/17.

Zillah’s films as cinematographer include Enemies of Happiness, which won the Grand Jury Prize at Sundance Film Festival. Her debut as director, Small Protests, was nominated for a Grierson Award and won the Current Short Cuts Award and Best Short Documentary at the London Independent Film Festival. She has directed films broadcast on BBC and Channel 4, among others, and collaborates regularly with artist Martin Creed.